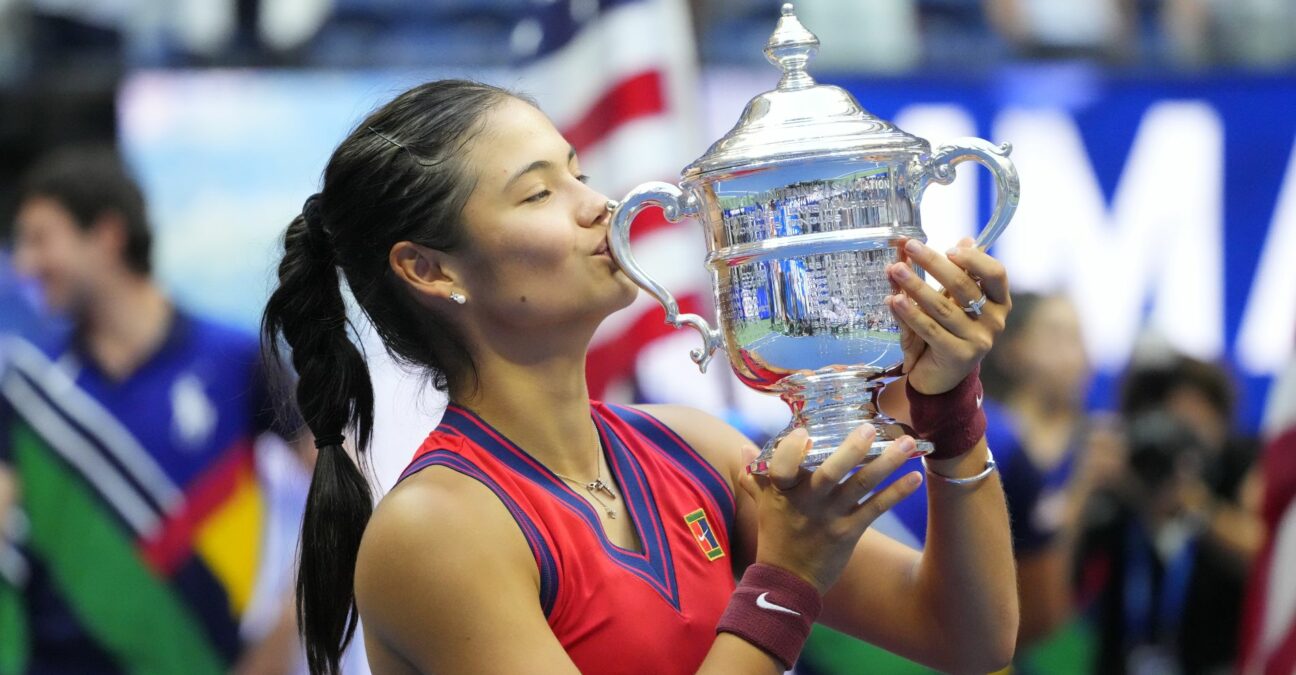 The fairytale is complete for Emma Raducanu. The 18-year-old from Great Britain beat fellow unseeded teenager Leylah Fernandez to become the 2021 US Open champion, winning 6-4, 6-3.

In a wonderful spectacle, with magnificent rallying, shot selection and movement from both, either would have been a worthy champion after a breathtaking women’s tournament that is sure to live long in the memory.

But it was Raducanu who triumphed, to become the first ever qualifier to win a Grand Slam, and the first British woman to win one since Virginia Wade won Wimbledon in 1977.

“It means so much to have Virginia and Tim [Henman] here, such British icons…it gave me the belief I could actually do it!” said Raducanu in her speech at the trophy ceremony.

“The future of women’s tennis, the depth of the game now is so great,” she added. “I hope the next generation can follow in the footsteps of some of the greatest legends, like Billie Jean [King, who presented the trophy] and everyone that’s at the top of the game right now.”

“I’m very proud of myself and the way I played the last two weeks,” said a tearful Fernandez. “I hope to be back here in the final – with the right trophy!”

FINISHED WITH A RADUCANU ACE

The first three games alone took 23 minutes as both players tested each other out, with understandable nerves on serve. The Raducanu backhand was working exceptionally well, while Fernandez used her forehand down the line beautifully.

The two teenagers put on a real show. Both had excellent records on break point so far in the tournament, capitalising on almost half of their opportunities. Fernandez’s second serve – targeted at the body – was exquisite, but it was Raducanu who made the first move, taking her fourth set point with a fabulous forehand. 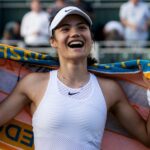 Fernandez, however, had been a set down to both Angelique Kerber in the round of 16 and Naomi Osaka the round previously, so she was not to be discounted. Raducanu had three break points in the second game of the second set, but excellent serving meant the Canadian got herself back into it to hold.

And she broke the Raducanu serve in the subsequent game, despite the British player having chances to hold serve. It delighted the New York crowd, who were favouring their fellow North American.

But the younger woman broke right back, then held her serve – and her nerve, hitting a fantastic forehand with Fernandez at the net to go a double break up.

Raducanu had two championship points on the Fernandez serve but could take neither as the 19-year-old refused to give in.

That left the British player with the chance to serve it out, but the game was interrupted when she had a fall mid-rally and scraped her knee, with a sizeable cut evident. Fernandez was obviously displeased, with the score at break point.

And after all the chaos, it was Raducanu who took a third championship point to win – finishing it off with an ace.

She fell to the floor in joy and disbelief, but returned to her feet to hug her vanquished rival.

As they waited for the podium to be constructed for the presentation, both took to their seats. The public address system played Neil Diamond’s “Sweet Caroline” – something of a sporting anthem for British crowds – and the new champion sang along happily, a delightfully quirky way for this amazing year of Flushing Meadows competition to end.