Emma Raducanu: “Wimbledon taught me I have to improve physically” 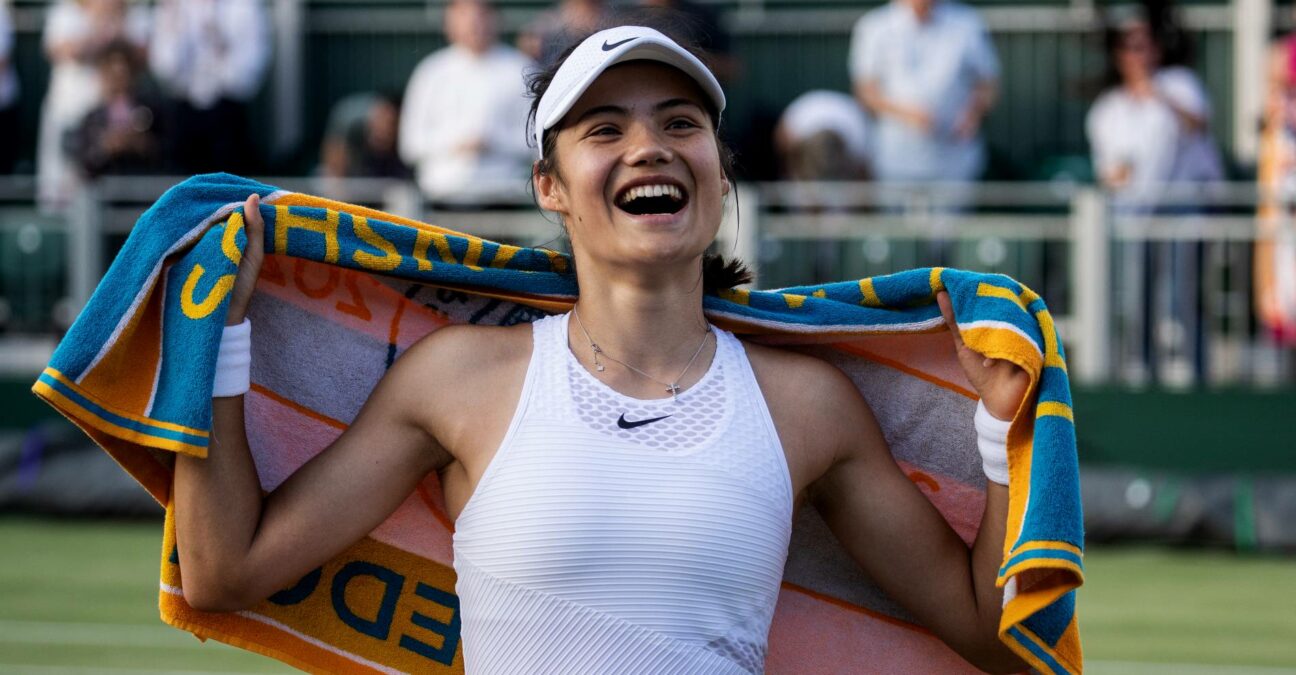 British teenager Emma Raducanu enjoyed a stunning breakthrough at Wimbledon when she reached the fourth round earlier this summer, the hint of big things to come for a nation that has not had a female Grand Slam singles champion since Virginia Wade won in SW19 back in 1977.

Awarded a wildcard into the event, the 18-year-old beat former French Open runner-up Marketa Vondrousova and Sorana Cirstea on her way to the last 16.

In the end, exhaustion – mental and physical – caught up with her as she quit midway through the second set of a bruising clash with Ajla Tomljanovic of Australia. 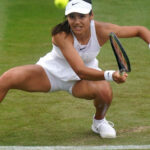 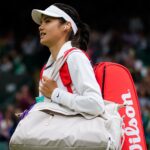 Emma Raducanu explains Wimbledon retirement, and doctor’s role in her decision: “I was not well enough to carry on”
tennis majors

But after a few weeks off, Raducanu has been in good form in the US, reaching the quarter-final of an ITF event in Landsville, Pennsylvania and then last week making it all the way to the final in Chicago, enough to push her inside the world’s top 150, having begun the year ranked No 333.

On the eve of her US Open first-round qualifying match against Bibiane Schoofs of the Netherlands, Raducanu spoke to a group of British reporters via Zoom and revealed the lessons she learned from her run at Wimbledon.

‘I’m working on getting stronger’

“I think Wimbledon was an extremely positive experience and I learnt so much just about my game and what it takes to perform at the top,” she said. “I think that it’s definitely shown me how much work I need to do physically. The time that I’ve got now that I can travel and just play in these tournaments week in, week out, you gain fitness by doing that. It’s definitely been an eye opening experience in terms of the parts of my game that I really need to work on.”

“The biggest (piece of) learning was how physically behind I am, because I haven’t done much work relative to these other girls who have been on tour for 10 years and competing, and then to be playing the intensity that I was for a couple weeks in a row, it was something completely new to me.

“I think that’s definitely a big gap in my game. Since then, I’ve just been working on just trying to physically get stronger, get more, be able to last more and have better endurance. But I put that down to just the exhaustion in the moment. And we also had some like 20-shot rallies at the end of that first set. Ajla was probably used to doing those rallies for the last 10 years. I just started doing that because it’s not the same level lower down in the rankings.”

What Wimbledon also did was give Raducanu new opportunities, with a number of wildcards smoothing her path.

“Wimbledon gave me a huge opportunity in the way that my ranking shot up so I could get into some of these tournaments, or into the qualifying, and I was very lucky and fortunate to have received some wild cards, which I was going to take,” she said.

“But for me, the reason why I play tennis is because I want to test myself and compete against the best players in the world. And I just get the thrills from playing them and also seeing where the gaps in my game are compared to them and how how we match up. So I’d say that’s probably my main motivation for the sport in general.”

‘I’m the same as I was before’

Intelligent, down to earth and buzzing with excitement about what lies ahead, Raducanu insists that she’s the same teenager she was before capturing the attention of a nation at Wimbledon.

“After Wimbledon. I took five days off and then I practised for two weeks and I was straight onto the tour and competing,” she said. “And when you’re on the road, you zone out and it’s really just about preparing for your next match. So in a way, I don’t feel like [there’s] any difference. I’m obviously extremely grateful for the fans following me and people following me. I just I don’t think I’m that interesting, but it’s really nice to have that many people behind me.”

After her efforts at Wimbledon, Raducanu is likely to soon become a familiar face among her fellow professionals. For now, though, she still feels like a newcomer, learning the ropes as she experiences new things on Tour.

“Being here at the US Open for the first time…I had no idea where I was going,” she said. “So I was just asking people like, hey, do you know where the canteen is? I think that people are very friendly on the Tour. They’ve been trying to help me out. And I really appreciate that because, I mean, at the end of the day, we’re all doing the same thing. And it’s just better to have a more pleasant environment, isn’t it? So, yeah, it’s been a positive reaction.”