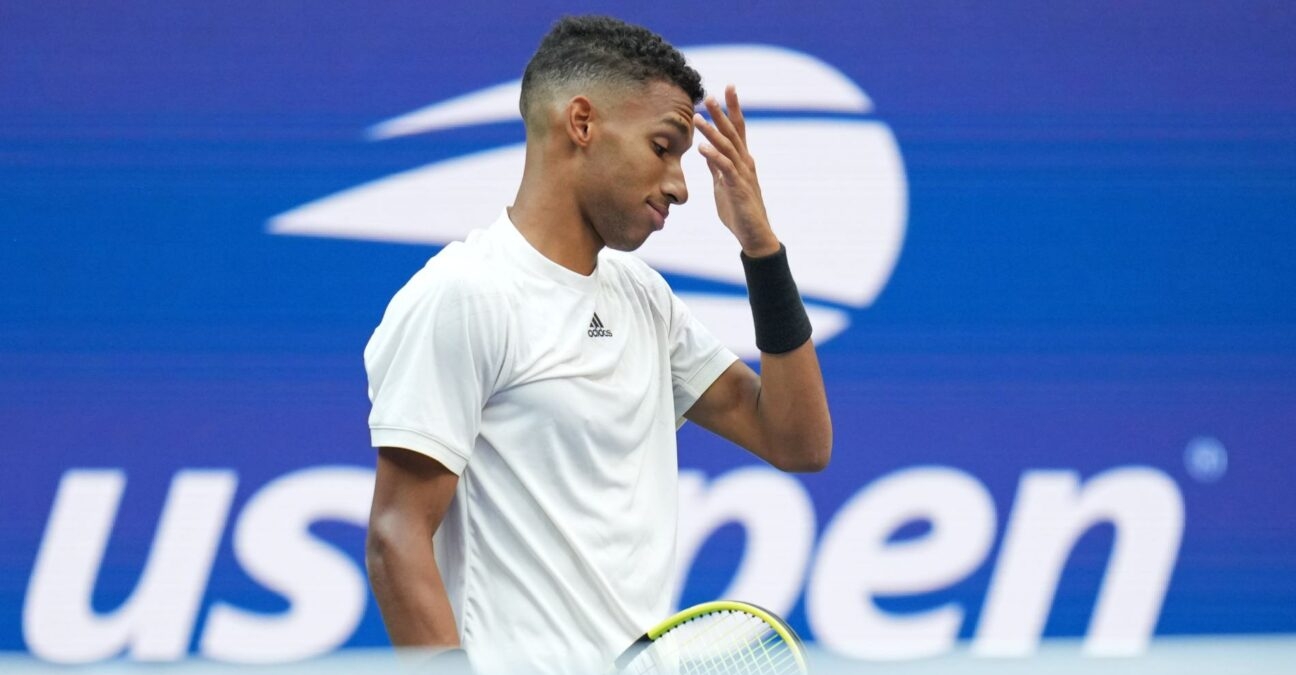 Canadian Felix Auger-Aliassime admitted he was outplayed by Daniil Medvedev in their semi-final on Friday but says he’s “moving in the right direction”.

The No 12 seed led 5-2 in the second set but could not close it out as Medvedev lifted his game again to run out a convincing 6-4, 7-5, 6-2 win and end Auger-Aliassime’s hopes of reaching a first Grand Slam final.

For now, at least.

“I think Daniil was the better player today on the court for sure,” the 21-year-old admitted. “It still shows things that I can improve in every aspect of my game. I had to play my best level and even better if I wanted to get a chance to win today. I didn’t do it long enough.

“Now it’s time to rest and get back to work. That’s all I can do really. But, of course, it’s a positive week. It could have been different. In the end things are moving in the right direction.”

“I was playing as good as I could play”

In his first Grand Slam semi-final, Auger-Aliassime looked like he was on his way to turning things around when he led 5-2 in the second set, and then 5-3, 30-0.

But after missing two set points, the Canadian’s hopes were shut down by the world No 2, who was too strong in every department.

“When I was up a break, up 5-2, I was playing as good as I could play, coming in when I needed to, mixing up with serve and volleys. It’s just unfortunate I couldn’t close out the second set. I was playing good. It would have been tough after to win even two other sets. At least if I gave myself a shot, it would have been more satisfying.”

Auger-Aliassime will climb to a career-high No 11 in the rankings on Monday and said trying to qualify for the season-ending ATP Finals in Turin was his main goal for the year.

“It’s important for sure,” he said. “I think now making the semi-finals here, I’ve put myself in a good position to attain this goal. So now I’m going to try to push and keep my focus on my game, trying to play better, trying to play good matches every tournament. We’ll see what I can do. But definitely it’s a very good and healthy motivation.”