Home » News » Gauff: “If I tighten up a few things, I’m capable of winning one Grand Slam”

Gauff: “If I tighten up a few things, I’m capable of winning one Grand Slam”

Beaten by Sloane Stephens (6-4, 6-2), Coco Gauff still finishes her Grand Slam season with big hopes for the next one. 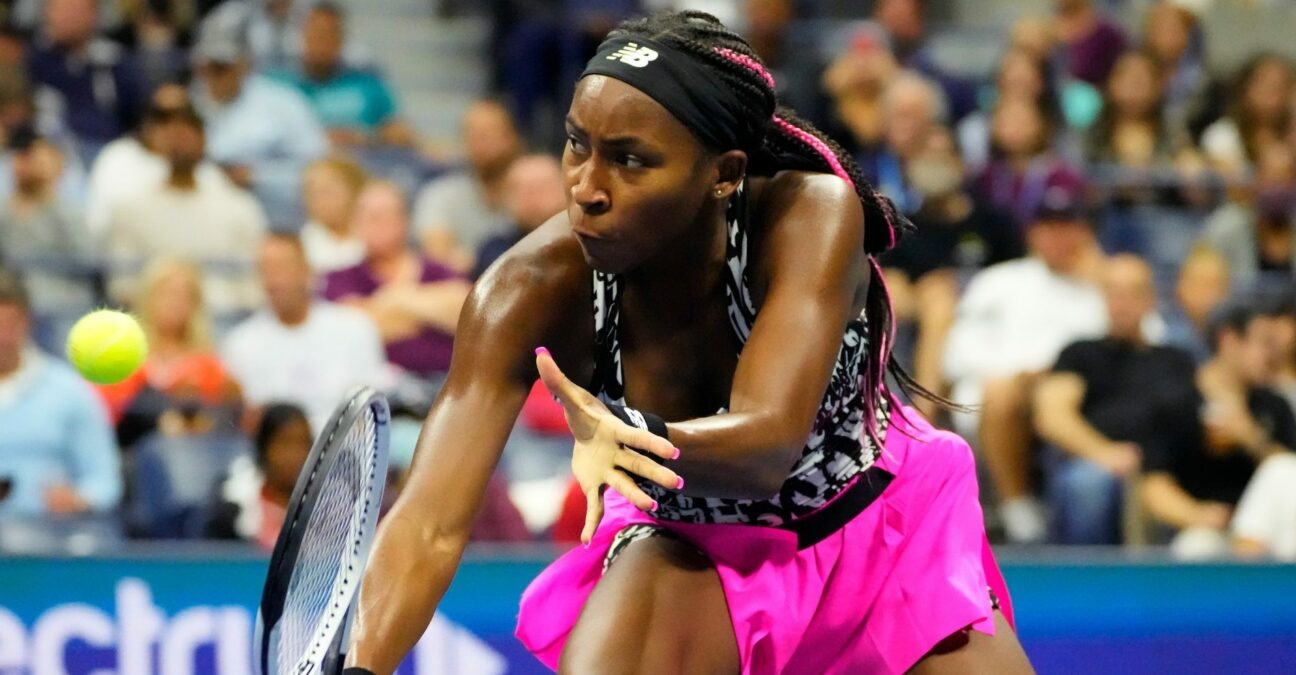 Gauff couldn’t go past Stephens in the second round of the 2021 US Open (6-4, 6-2), but that’s not a reason for her to be lost in any kind of sorrow. The 17 year-old is smart enough to know she’s not fully ready yet to go all the way in a Grand Slam, but also that she has made a huge step forward this year. She’s getting there.

“I think obviously the standout was the French Open quarterfinal, she said during her press conference following her loss. The goal is always to win, so obviously I think I can do a lot better. But I feel like I have a lot to improve on. I think today’s match showed what I need to improve on. I still have doubles, so it’s not quite over. Singles-wise, I think I have a lot to work on. I’m going to go back to work once this is over.”

“I don’t think our relationship affected the match”

She had been looking up to Stephens since she was a little kid, but swore after the match that their close relationship didn’t affect the outcome. Not being able to play her best tennis on the big points did, as well as still not having the experience and confidence of a Grand Slam winner: when Gauff was still playing the juniors, Stephens was winning the US Open in 2017.

“Anybody I play, I don’t really focus on the name or on the person. It’s just so much the ball. Obviously, I have a lot of respect for Sloane, looked up to her for a while, known her since I was little but I don’t think our relationship affected the match.”

Gauff’s serve might have done so more than the nerves indeed as it didn’t help her to get out of some tricky situations in the big games. The young American also really struggled against her opponent’s infamous forehand, even more because she had never played against Stephens in competition and last practiced with her when she was…12.

“Sloane played really well. I think tonight I just didn’t play the best tennis that I could have. All the games were close. I just feel like I could have done a lot better returning and also on, like, pressure points, putting the ball in the court.”

“There’s just an experience lacking that I have”

Gauff is 23rd in the WTA ranking but 9th at the Race and it shows how consistently great she played this year. Reaching the quarters in Paris and the fourth round in Wimbledon also showed she was ready to become a second-week regular at Slams, and as we all know: once you’re in the second week, anything can happen. It’s this exact feeling that Gauff wants to keep with her for 2022: her Grand Slam time might be around the corner.

“I’ve learned that I’m capable of making it far in Slams. If I tighten up a few things, I’m capable of winning one. In the past couple Slams I’ve lost to players that have gone to the quarters or won eventually, so it shows that I’m there. There’s just an experience lacking that I have. I definitely think it shows. I just need to play more matches so I feel more comfortable on the pressure moments.” That all sounds like a good plan to follow.