Iga Swiatek on winning her third slam title: “A confirmation that sky is the limit”

Iga Swiatek admitted that she had not expected to win the US Open, despite her status 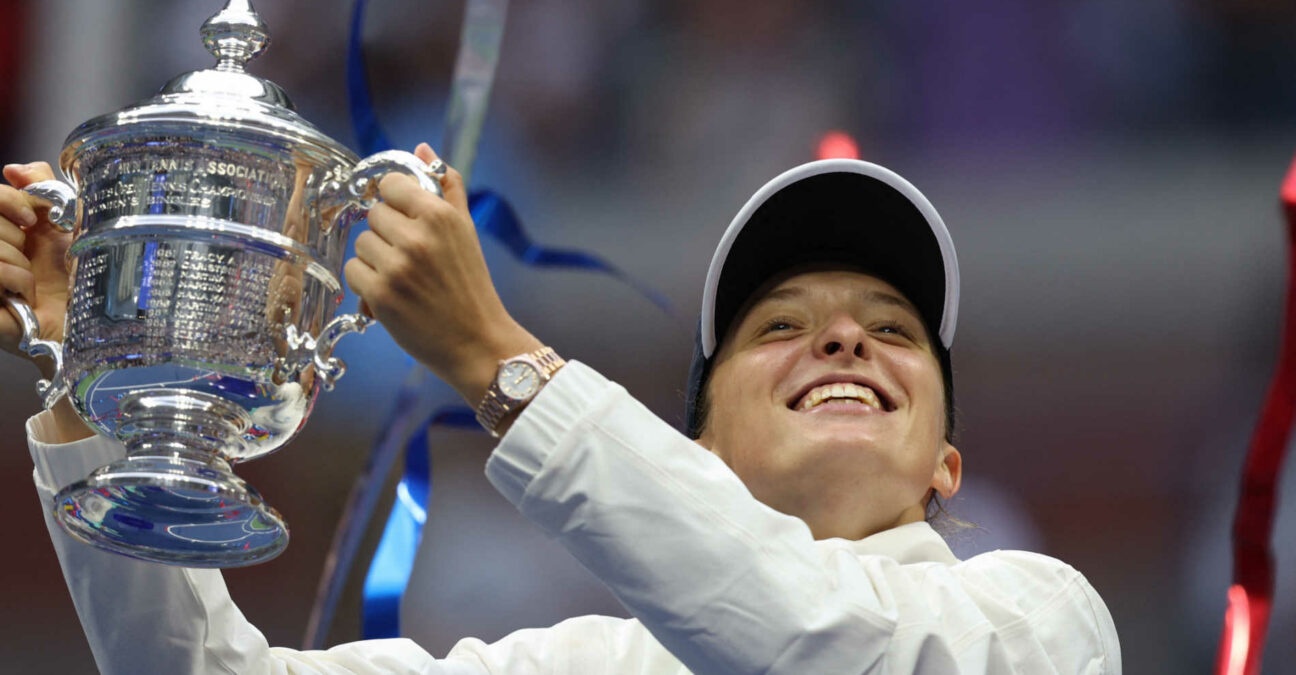 Iga Swiatek took her Grand Slam tally to three with victory over Ons Jabeur at the US Open on Saturday. Her 6-2, 7-6 (5) victory gave her a second slam title of 2022 and cemented her place at the top of the world rankings.

The Pole went into the US Open with doubts over her form and worries about the lightness of the balls and the conditions she would face at Flushing Meadows, and came out of it a champion.

A short time after her triumph over a valiant Jabeur, Swiatek talked to reporters as the enormity of her achievement began to sink in.

IGA SWIATEK: For sure it is. At the beginning of the season, I realised that maybe I can have some good results on WTA events. I also made it to semi-final of Australian Open. But I wasn’t sure if I was on the level yet to win actually a Grand Slam, especially on US Open where the surface is so fast. It’s something that I wasn’t expecting for sure. It’s also like a confirmation for me that sky is the limit. I’m proud, also surprised little bit, just happy that I was able to do that.

It feels quite different to your French Open wins. There you obviously were super confident, playing well, not too many battles. Here you've had to fight. Does that in some ways make it more satisfying?

IGA SWIATEK: Well, it’s hard to compare. For sure at Roland-Garros, I always feel like I have more control. Philippe-Chatrier is kind of my place. Here on Ashe, I still need to figure out the atmosphere. I wasn’t sure, before the match, if this is actually my place. I was pretty focused and I didn’t let myself get into these thoughts. In Paris, the pressure was really on and everybody was kind of expecting me to win. Here I managed to go ahead my expectations lower, and also I feel like people were not expecting a lot from me on hard court. So mentally, Roland-Garros was little bit tougher. But tennis-wise, and physically, here, for sure, it was tougher.

I just know how it feels to not have ideas on court, not have anything you can change to make the match better. It’s been a long time since I didn’t have any idea.

You used the word 'proud' and the phrase 'the sky is the limit'. What, of everything you've already accomplished in your career at 21, what are you proudest of and what are you most excited about for what the future might hold for you?

IGA SWIATEK: I’m mostly proud of the fact that I’m not kind of breaking up mentally in those important moments. After the matches, even if I lose, I kind of have no regrets because I know I’m doing 100 percent. I’m proud that I have much more solutions and options on court than I had before, tennis-wise. But, also mentally. I’m using these skills pretty well. I’m really proud of that because I just know how it feels to not have ideas on court, not have anything you can change to make the match better. Right now it’s been a long time since I didn’t have any idea. So that’s great. It shows that I’m actually doing progress.

What are you most excited about about what the future might hold?

IGA SWIATEK: I don’t know. For now I got to settle with what’s happening right now. I’m going to see how I’m going to react. Winning US Open is different than winning a slam in Europe or in Australia because I don’t know how the popularity thing is going to change, if it’s going to change. For now I’m kind of going to observe and learn. For the future, I know I still have a lot to improve on court. That’s something that I’m excited for because maybe it’s just going to get easier to play these matches.

What did it feel like when you were lying on the court when the match finished? Do you like the tennis balls any better now?

IGA SWIATEK: I don’t know honestly. I feel like I can adjust to anything. Right now I feel that. For sure, I needed more time. That’s why Toronto and Cincinnati didn’t work probably. But when I was lying after the last point, I was kind of relieved that we didn’t go to a third set. Physically, with that stress and everything, I know that I also played some more intense matches, but still final, it’s a different feeling. For the body it’s also hard. I was relieved it ended in second set. So many emotions that you kind of have to lay down. I’m happy that I didn’t start crying that badly.

I wasn’t that tight. I feel like I was more tight in the final with Coco in Paris.

The first-set stats were amazing. You hit 90% first serves in and 100% of your returns in. What do you attribute that to? How were you able to have that start? How do you rate the start that you had?

IGA SWIATEK: I rate it really, really well. That’s the only match here where I started that well. I had that at the beginning of the season, during that winning streak. It kind of disappeared a little bit in the second part of the season. It gave me a lot of confidence, for sure. I felt it especially on the final on French Open, that if you’re going to start well, then it’s much easier to just continue and to not feel that kind of pressure during the final. But I feel like I used the experiences of the other two finals pretty well. So I wasn’t that tight. I feel like I was more tight with Coco in Paris.

You said before you needed time from Cincinnati, Toronto, where maybe you were struggling, talking about the balls a little bit. My question is, what happened over the course of the time that got you to where you were today?

IGA SWIATEK: Well, for sure the weather changed, because it wasn’t that hot in second part of the tournament. It was helpful. But I don’t have any influence on that, so… At the beginning of this swing, I had to really force myself to make some technical adjustment. Sometimes we have many things actually to think about on court. Sometimes I wasn’t able to do it every time, so I was making a lot of mistakes. Then I finally accepted that I’m going to make those mistakes. It’s not going to be like on slow surface where I can build a rally, then be really calm and just finish. It’s going to be more risk and less control, for sure. So I accepted that. I also didn’t need to think about this technical stuff at the end because I did it for already four weeks, so it kind of got little bit more natural and I used more intuition. That was the thing that actually let me to be more free, yeah.

I’m more of a person that is going to have doubts. But when I go on court, I forget about that. I only focus on the things that are going to make me play better and just win points.

You have an incredible record in finals. There's a saying here, "Pressure is a Privilege." Could you talk about the process of competition, your feelings at the time? Is it just a grind? An opportunity to grow? Is there joy in that process?

IGA SWIATEK: I wouldn’t say that there is a lot of joy. I was actually thinking about that yesterday. The day before the final, I don’t enjoy it at all. I feel like you really have to like adrenaline, you really have to be excited for the whole experience to feel that. But I’m more of a person that is going to have doubts. But when I go on court, I forget about that. I only focus on the things that are going to make me play better and just win points. I realized that if I’m going to win points and I’m going to play well, the stress is going to go away anyway. So, yeah, it’s not easy, but I feel like on court I can just do my job and I’m happy about it, that I kind of can make these doubts go away. Sometimes it’s also hard to do that for, like, the whole season. So for sure in Toronto, Cincinnati I had a lot more doubts.

What might happen when you get to a tournament in conditions that are to your liking? Are you going to be invincible then?

IGA SWIATEK: I don’t know honestly. I still have to realise that it’s tough out there, so I want to stand on the ground. I have played some tournaments like that this season. Miami, for example, was like that. I really like it there. It’s just easier. But still you need the same kind of focus and the same kind of routine. What might happen ? I don’t know. 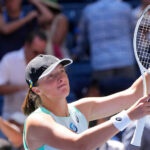 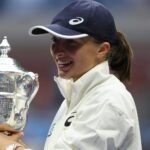 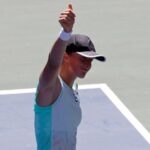 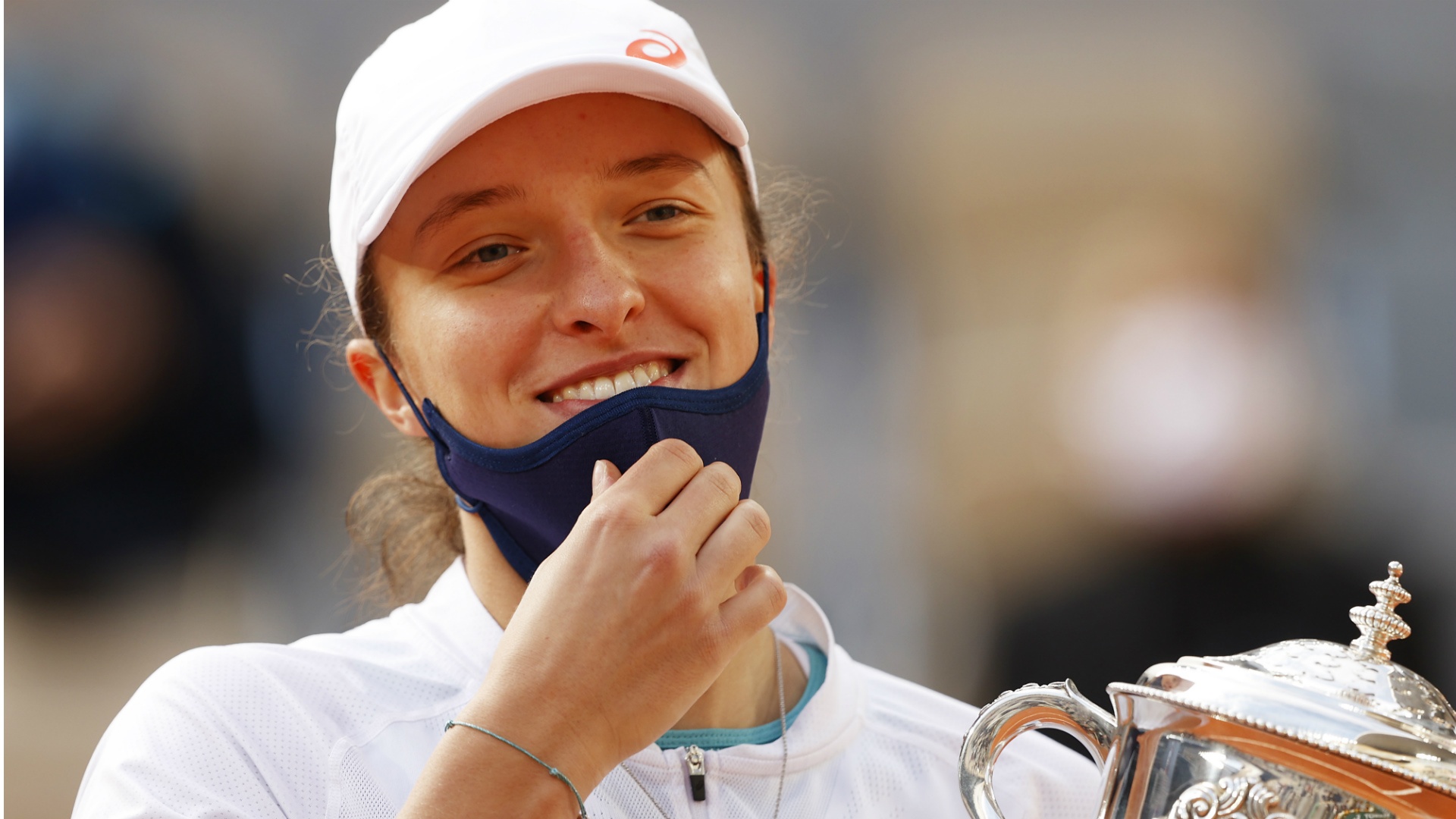 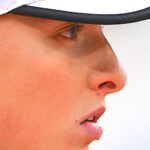