Home » News » US Open » Jubilant Medvedev on US Open victory: “Russians know how to celebrate”

Jubilant Medvedev on US Open victory: “Russians know how to celebrate”

The Russian said he plans to enjoy his first Grand Slam title victory, having beaten Novak Djokovic in New York 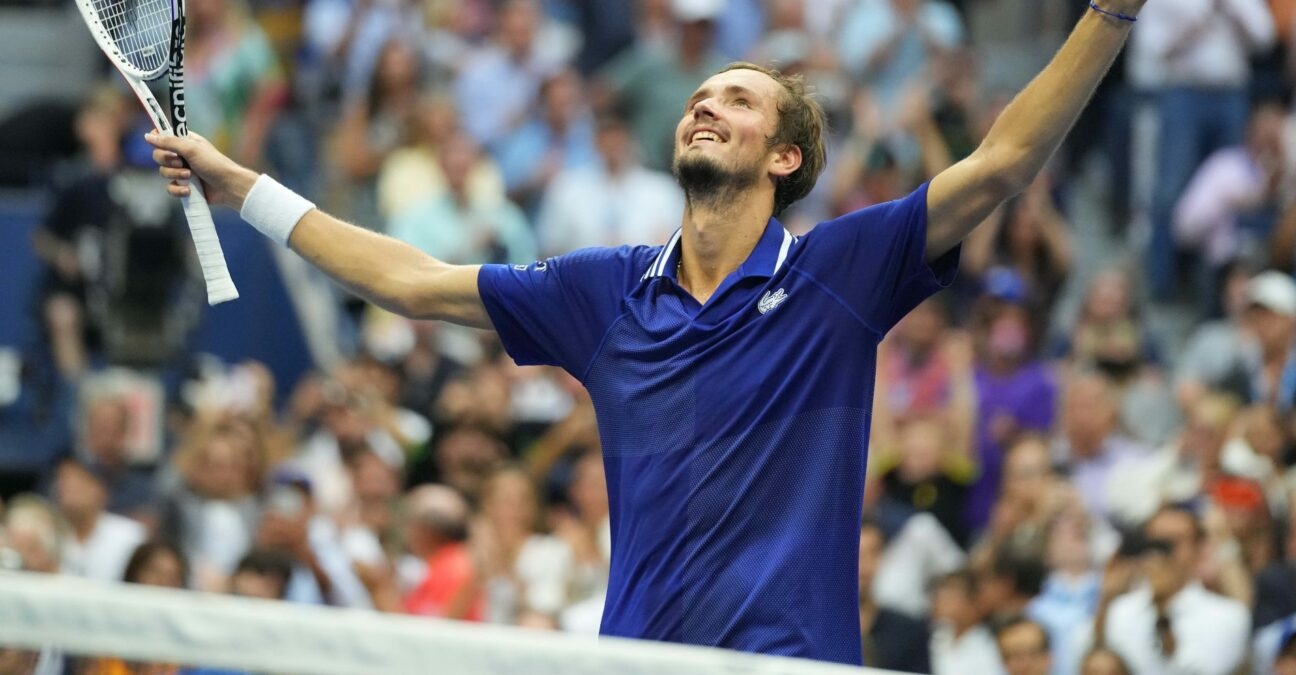 An ecstatic Daniil Medvedev said his celebrations after his US Open victory – his first major title – could last “a few days”.

The Russian beat world No 1 Novak Djokovic 6-4, 6-4, 6-4 to win his first slam and deny Djokovic what would have been the completion of the calendar-year Grand Slam, having won the Australian Open, French Open and Wimbledon earlier in the year.

And having failed to really celebrate some of his biggest wins in the past, due to future commitments, the 25-year-old said his diary was clear for the coming days.

Medvedev on pressure: “I was cramping at 5-3”

Medvedev outplayed a below-par Djokovic to win his first slam title thanks in large part to some stunning serving but the Russian admitted that things were getting a bit tight when he missed match points at 5-2, before finally serving it out on his third match point two games later.

“I started cramping at 5-3 (in the third set), I think because of the pressure at 5-2 where I had match points (and) I didn’t make it,” he said. “My legs were gone after 5-3. At 5-4, left leg, I almost couldn’t walk. If you really look the replay, when I walked to the towel, my leg was just going behind. I was trying not to show it. If Novak feels it, it’s not good.

“Again, 40-15, that’s two match points. I was like, C’mon, go for an ace, just try to make it. I had a huge double-fault. Second one was like in the middle of the net. Okay, I have one more. Just try to make a first serve. I made it and I’m really happy.”

And Medvedev said he did not even want to consider what might have happened had he lost his serve at 5-4, especially with the crowd pulling hard for Djokovic.

“Never know what would happen if it would be 5-all, if I would start to get crazy or whatever,” he said. “It didn’t happen, so again we cannot talk about it. I knew I have to focus on myself, on what I have to do to win the match. I do think it was not against me. It was more for him. Well, they wanted to see their guy win a calendar Grand Slam.

“But I definitely made some double-faults because of it. That makes it even more sweet that finally I managed to pass a first serve on the third match point.”