Magical Murray fights back from two sets down to stun Nishioka

Andy Murray fought back from two sets down and saved a match point to defeat Japan’s Yoshihito Nishioka and advance to the second round of the US Open. 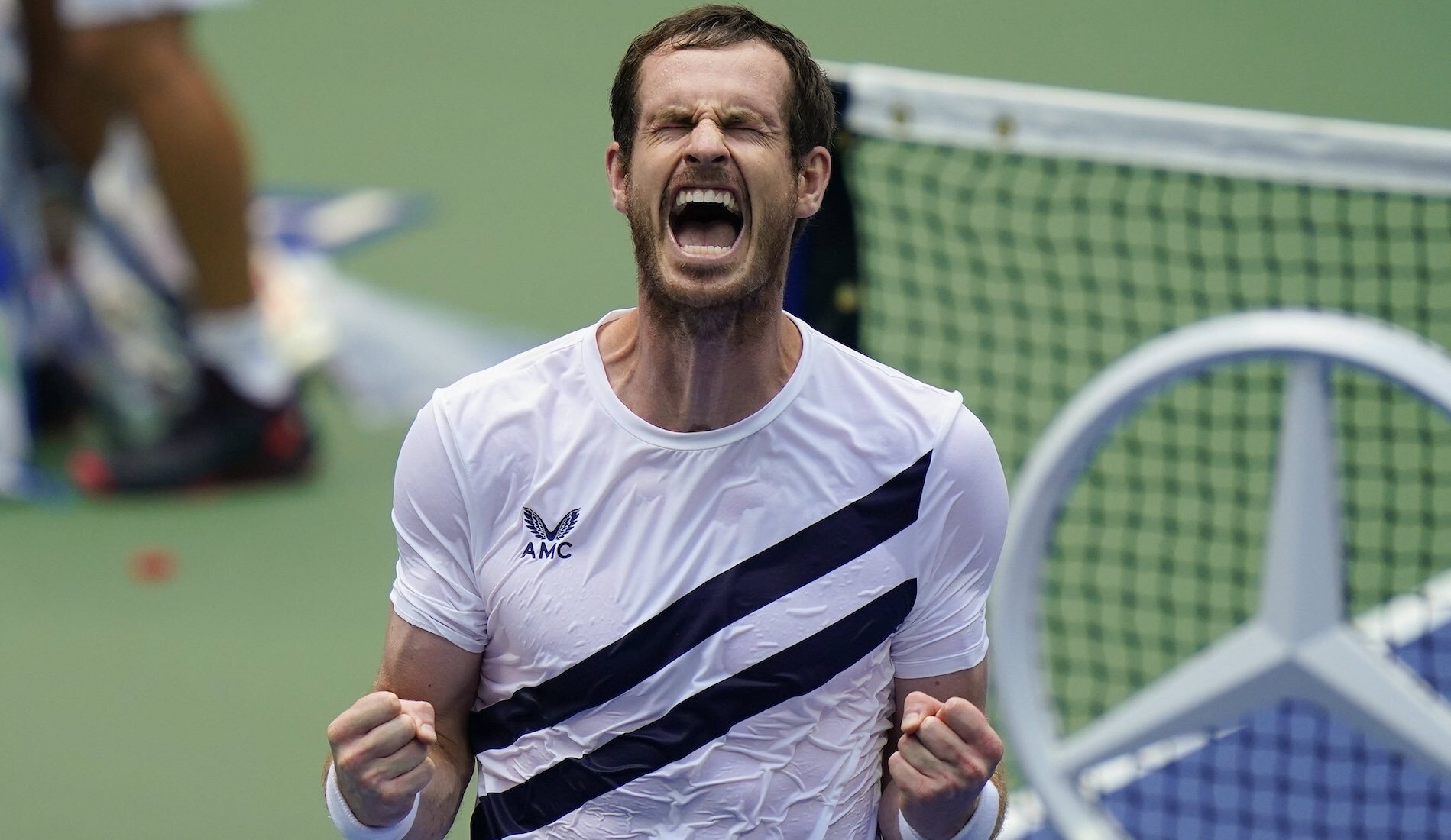 It was another one of those nail-biting efforts from Murray, who seems to love facing adversity and rising to the challenge, the Scot coming back from a two-set deficit for the tenth time in his career to triumph.

Key stats of the match: First serve is key. Murray won 77% on his first and 47% on his second.

You will also learn: It doesn’t get any easier for Sir Andy, who now faces 15th seed Felix Auger-Aliassime in the second round

Why you should read this story: It’s Andy Murray’s grand slam return with a metal and plastic hip! Why else?

“I’m tired! My toes are the worst part,” said Murray after the match. “I think my toes on both sides are pretty beat up, but I did all right. At the beginning of the match I was apprehensive about playing a long match because I haven’t for a while and I was pacing myself, because you do that when you are a junior and coming into the seniors and I felt like that at the beginning. But once I was two sets down, I put the after burners on and managed to get through.

“I had to start striking the ball a bit better. I was hitting the ball a bit late, a bit tentative, then I went the other way of not making many chances and making errors, and didn’t have that balance right and I think at the end I started to get the balance right a bit more and hot my forehand better as the match went on, dictate more with that and served well at the end, not so much at the beginning. I had to change a few things, for sure.”

It was the Japanese who gained the crucial first break of serve in the seventh game of the match, as Murray’s unforced errors count doubled that of his winners, the world No.49 taking the opener 6-4.

Things quickly went from bad to worse at the start of the second set, as another wayward Murray forehand drifted long to give Nishioka the early break. The situation quickly required a classic response that the Scotsman has so often provided.

But, after the encouraging signs of Cincinnati, where Murray was finally ousted by Milos Raonic, it appeared an uphill battle as a third double fault and wayward forehand put Nishioka 3-0 ahead, and in command.

Following a lengthy spell on the side lines and a hip operation later, this was Murray’s first grand slam match in 20 months. Nobody should instantly expect great things but, with Murray, somehow you just do…

And there were signs. The accuracy returning on his first serve, Murray cut the deficit to just a game in the second set and asked the serve out question of his younger opponent at 4-5 down. But a 93mph Nishioka forehand winner brought up a couple of set points, and a broken string trampolined a forehand long to gift him the set and a 2-0 advantage.

Murray is nothing if not a fighter, and the Brit has come back from two set deficits on nine occasions in grand slam encounters. And at an early break down in the third, the man from Dunblane dug deep into those renowned reserves, breaking straight back with a cry of ‘come on!’ to keep those hopes alive.

Into a tie-break it went in the third, and Murray kept the intensity to extend the match into a fourth and, after staving off a match point, the resilient Scot was possibly now the favourite, also winning the fourth set breaker to take it the distance.

It was Nishioka who garnered the opening break in the third game of the final set, but Murray wasn’t done. And with an exquisite lob, reminiscent of the classic that looped over David Goffin’s head to win Britain the Davis Cup in 2015, he was again back level.

It turned out to be a gripping final set, so much so that Dominic Thiem and Grigor Dimitrov watched on from the empty stands, acknowledging the efforts of one of the sport’s true fighters. And it ended as it started, another topspin lob taking the remarkable Murray through to yet another incredible comeback win.

Click here for the US Open Men’s singles draw.

Legendary stuff from @andy_murray as he completes the comeback and defeats Nishioka in 5 sets to advance to R2 at the #USOpen. pic.twitter.com/MDVIDuJnIr