Home » News » US Open » Konta continues fine form, Clijsters out of US Open

Konta continues fine form, Clijsters out of US Open

Johanna Konta and Elise Mertens, semi-finalists at the Cincinnati event, sail through their openers at the US Open. 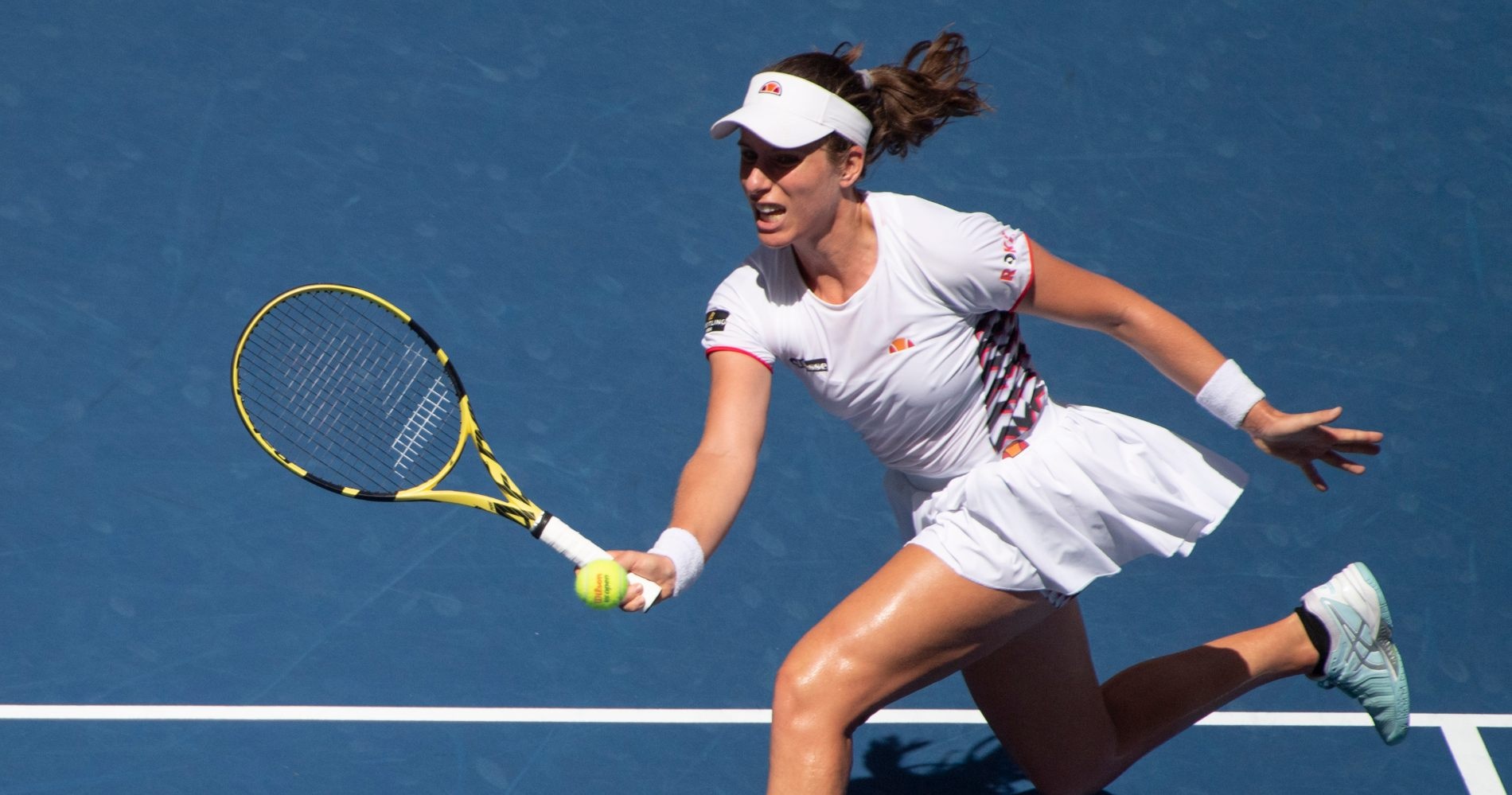 Belgian Elise Mertens was one of the early winners of the day after the New York rain abated, the 16th seed breezing past Laura Siegemund 6-2, 6-2 to advance in just an hour and 27 minutes.

The ‘Battle of the Brits’ between Johanna Konta and Heather Watson is sometimes a tight affair, and this promised to be another such occasion. But after Watson agonisingly blew four set points of her own, the writing was on the wall, Konta breezing to a 7-6, 6-1 victory.

Both Konta and Mertens reached the Cincinnati semifinals and do not appear to be slowing down any time soon at the Billie Jean King National Tennis Center.

It seems like a lifetime ago since the COVID-19 pandemic changed the world as we know it, not long after Sofia Kenin emerged triumphant at the Australian Open. And there was no such problem for the second seed today, after a 6-2, 6-2 victory over Yanina Wickmayer. Kenin is joined in the second round by Serena Williams, who was made to work but defeated fellow American Kristie Ahn 7-5, 6-3.

No 5 seed Aryna Sabalenka joined the march of seeds into round two by getting the best of Oceane Dodin 7-6(1), 6-4.

Two-time grand slam champion and Australian Open runner-up Garbine Muguruza had an early wobble against Japan’s Nao Hibino, going a break down early on in the opening set before winning 6-4, 6-4.

Surprisingly, Muguruza has never enjoyed a solid run at Flushing Meadows, the Spaniard’s best run being the fourth round in 2017.

Match point of the tournament?!@GarbiMuguruza closes out her opener in style 😎 pic.twitter.com/q8aG89XN59

Anybody who knows tennis will not forget about Monica Puig, the reigning Olympic Games champion coming off the worse in a three-set encounter against Margarita Gasparyan, losing 3-6, 7-6, 0-6.

As expected, No. 20 seed Karolina Muchova did not have an easy time of things with Venus Williams. Or should it be said that Venus did not have an easy time with Muchova? It is hard to say who was the pre-match favorite in that showdown, but all that really matters is who ended up winning it. And that was Muchova, as the Czech battled past the 40-year-old American 6-3, 7-5 in one hour and 49 minutes.

Another former champion, Kim Clijsters, lost to No. 21 seed Ekaterina Alexandrova 3-6, 7-5, 6-1. Clijsters, the US Open winner in 2005, 2009, and 2010, started hot but struggled physically in the third after almost sealing the deal in straight sets.

No 25 seed Shuai Zhang lost to Belgian Ysaline Bonaventure 4-6, 6-3, 6-2. Zhang is the only seeded woman to lose so far on Tuesday. Thus it is yet another day with very few upsets.