Two more seeds bit the dust on the women’s side of the draw as the quarter-final line-up took shape. 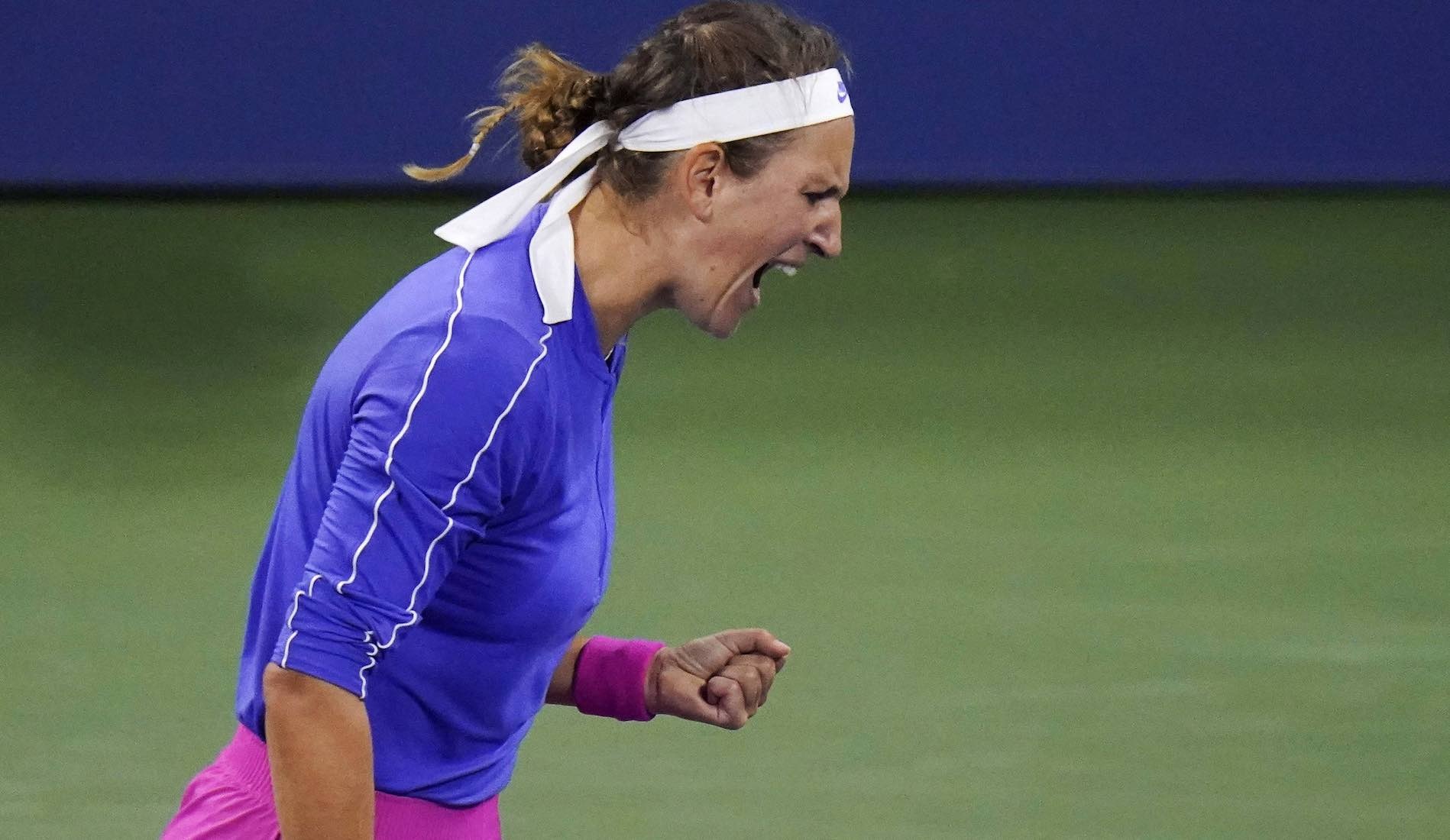 Elise Mertens, the 16th seed, and the newly-crowned Western and Southern Open champion Victoria Azarenka pulled off stunning victories – and set up an intriguing US Open quarter-final.

Azarenka got a 5-7, 6-1, 6-4 win over 20th seed Karolina Muchova, who started much the better. The Czech found herself up two breaks with a 4-1 lead in the first set. But Azarenka showed her resilience, breaking back in the sixth and then forcing a clutch break as Muchova was serving out for the set at 5-4. However, the Belarusian quickly faded in the subsequent game, dropping her own serve to love and letting Muchova serve out the first set 7-5.

She roared back to take the second set, though, striking first at 2-1 with a break and in a more even decider Azarenka found the game-sealing break at 3-3, jumping out to a 0-40 lead. That lone break was enough for her to kill the match.

Mertens snapped Kenin’s hopes of two Slams in a year

The American second seed did not start well against the Belgian, who broke her right away, then followed up with another at 3-1. The second set saw the service games even until 3-2, when Mertens put the nail in the coffin with a break to love and then cantered to victory.