Home » News » Celebrating the 10th anniversary of “Cosmic tennis”; the night Novak Djokovic became a giant of the sport

Celebrating the 10th anniversary of “Cosmic tennis”; the night Novak Djokovic became a giant of the sport

Ten years ago, Novak Djokovic produced some of the greatest tennis ever seen as he beat Rafael Nadal to win the US Open for the first time. Simon Cambers, who was lucky enough to be there that Monday afternoon, looks back on a win that laid the foundation for what he has achieved in the decade since 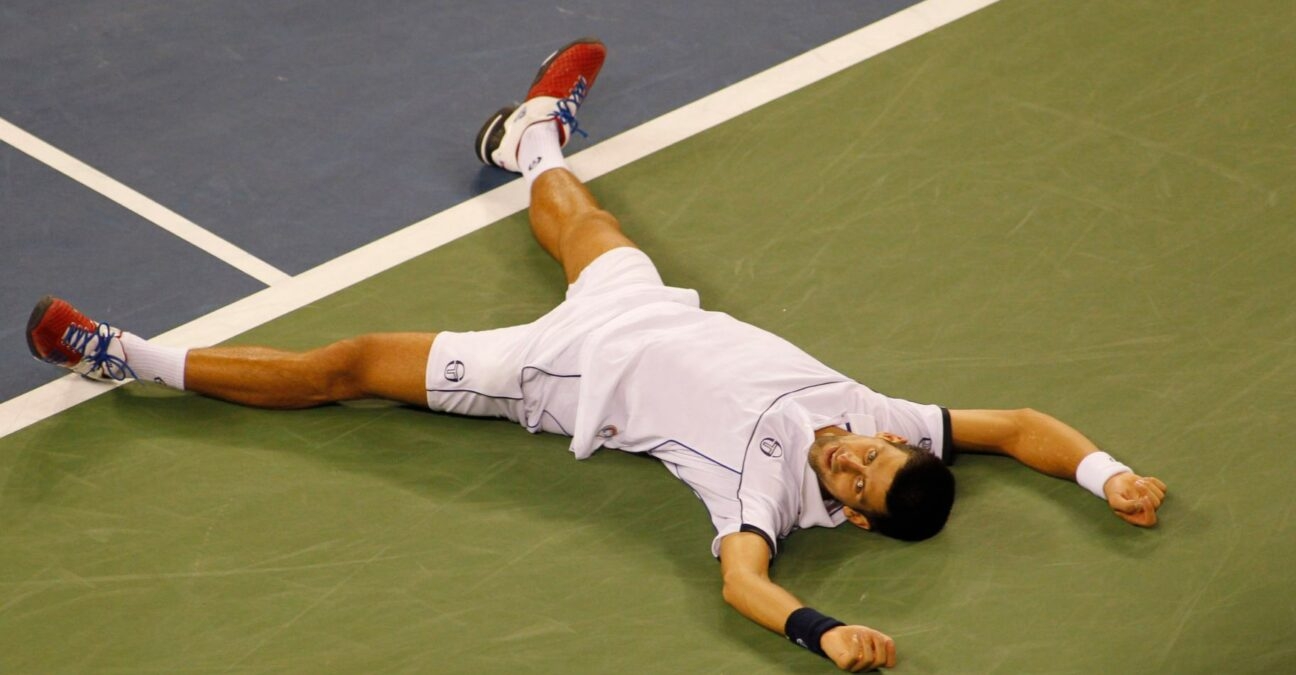 It seems remarkable to think now. But going into 2011, Novak Djokovic had never beaten Rafael Nadal in a final, losing all five of their title showdowns, including at the US Open in 2010.

His Davis Cup victory with Serbia in 2010 changed his mindset and his win over Nadal at Wimbledon in 2011 changed everything, making him the world No 1 and asserting his authority over the Spaniard even more, with his sixth win over his great rival in six finals that year.

At the time, Nadal said he thought it would be hard for Djokovic to maintain that kind of level but he was wrong. Two months later, he was beaten in four sets by Djokovic in a match that remains long in the memory.

In four hours, 10 minutes of glorious hitting, Djokovic won 6-2, 6-4, 6-7, 6-1, standing firm as Nadal threw everything at him, the two men sharing breath-taking rallies of 20 and 30 shots, leaving the crowd – and journalists like me – who were packed into Arthur Ashe, gasping in awe.

It was one of those matches that almost makes you laugh, some of the shot-making almost beyond comprehension, especially when you factor in the pressure of the occasion.

Nadal, who had beaten Djokovic in the 2010 final, thanks in part to an amped up serve that hit 130mph on the radar, began well and broke serve on his way to a 2-0 lead.

But it was a false dawn. Every time he thought he had Djokovic in a vulnerable position, the Serb would stretch his limbs to previously-thought impossible positions and fashion something spectacular, just as he had done in the semi-finals when he saved two match points to beat Roger Federer, for the second year in a row.

Djokovic won six straight games to take the first set. But Nadal, wounded, immediately broke again to lead 2-0 in the second. After an epic third game, Djokovic broke back and led 4-2, only for Nadal to break back again for 4-4, before Djokovic surged ahead again to double his lead.

His back to the wall, Nadal launched an all-out assault. It looked in vain as Djokovic broke to lead 3-2 and then, after being pegged back, broke again to lead 6-5 and serve for the match.

Djokovic and the calendar-year Grand Slam: “I don’t want to say that’s not possible”

By this point, the crowd were going crazy, perhaps unable to believe the standard of tennis being played out in front of them. The roars were even bigger when Nadal broke back, and then snatched the tiebreak. They wanted more.

Djokovic looked shot, his back requiring treatment. But the Djokovic of 2011 was very different to the one of previous years. This was the unstoppable force, meeting the immovable object and this time, the force really could not be stopped.

He won the fourth set pulling away to record his first US Open title and leave Nadal wondering what had hit him, though typically, he was trying to emphasise the positives.

“He’s having (fewer) mistakes than before, Nadal said after the final. In my opinion, that’s all. He’s enough confident in every moment to keep believing in one more ball, one more ball. So that’s why (he was so dominant). I go back to Spain more happy today than after the Wimbledon final, because after here I think I am on the right way to try to win him. After Wimbledon I didn’t feel that.”

Djokovic said he played “a great match really from the start to the end” and even then, the thought that one day he might manage to win all four majors in one year was crystallising in his mind.

“I don’t want to say that’s not possible, he said. It’s possible. Everything is possible. But still, it’s such a tough task to ask to win all four Grand Slams in a year. How many players did it in all history?”