Home » News » US Open » September 9, 1979: Tracy Austin becomes the youngest woman to win the US Open

September 9, 1979: Tracy Austin becomes the youngest woman to win the US Open

Every day Tennis Majors takes you back in time to celebrate a great moment in tennis history. Today, we go back to 1979 to witness how 16-year-old Tracy Austin defeated Chris Evert, the four-time defending champion, to become the youngest US Open champion of all time 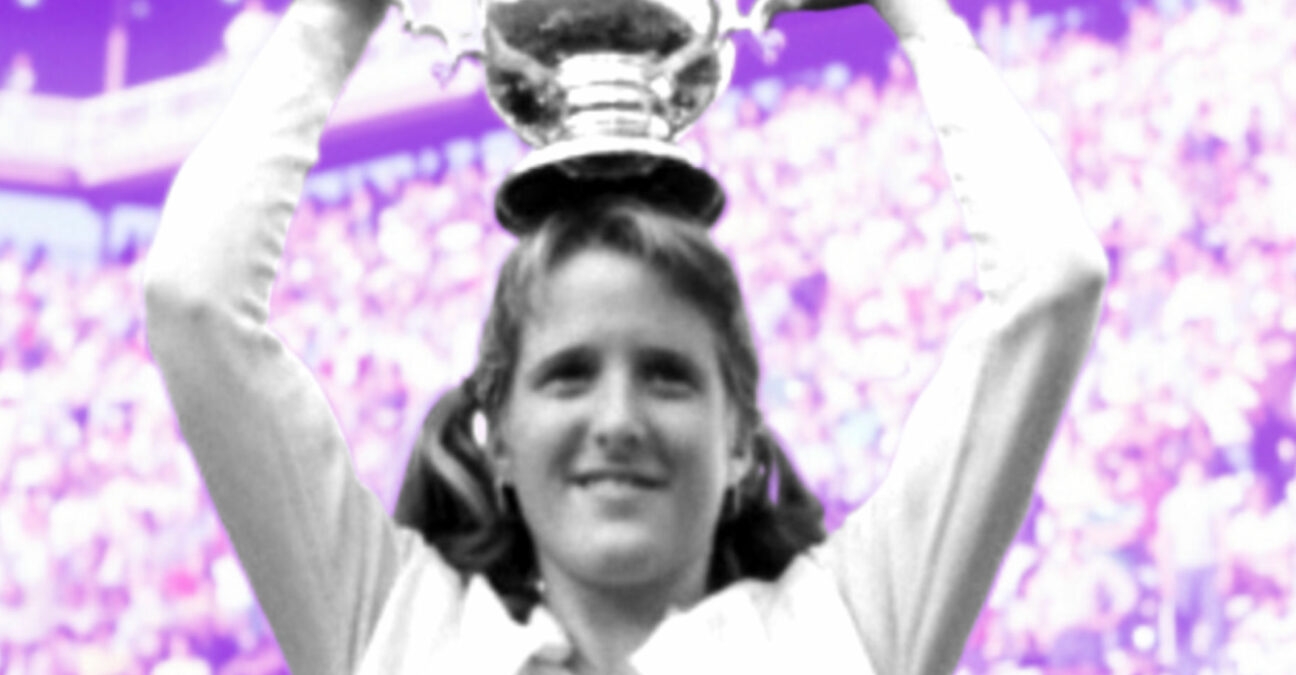 On this day, September 9, 1979, Tracy Austin, aged only 16 years and eight months, defeated the four-time defending champion and world No 1 Chris Evert (6-4, 6-3) in the final of the US Open. The American teenager had already eliminated the world No 2 Martina Navratilova in the semi-finals, and this not-so-unexpected triumph was the first step milestone of a journey which would lead her to reach world No 1 in 1980.

Tracy Austin was, along with Pam Shriver, one of the American prodigies of the late 1970s. Born in December 1962, she played a game style similar to Evert’s: she was extremely patient and precise from the baseline, trying to wear down her opponents physically and mentally. Austin claimed her first title in January 1977, defeating Stacy Margolin in the Portland final (6–7, 6–3, 4–1 ret.), and in September the same year, she reached the US Open quarter-finals (defeated by Betty Stove, 6-2, 6-2), a few months before turning 15. She finished this first year as world No 12, and in 1978, she went into the US Open quarter-finals again, defeated this time by Chris Evert (7-5, 6-1). Two months later, in October, she turned pro, and she started her new career by claiming the titles in Filderstadt (taking a revenge upon Betty Stove, 6-3, 6-3) and in Tokyo (where she beat Martina Navratilova for the first time, 6-1, 6-1). In January 1979, in Washington, 16-year-old Austin defeated Navratilova again, in the final of the Avon Championships (6-3, 6-2). By the start of May, she was already world No 4 when,  in the semi-finals of the Italian Open, she managed to put an end to Chris Evert’s 125-match winning streak on clay court. Defeated in the Wimbledon semi-finals by Navratilova (7-5, 6-1), she arrived at the US Open as world No 3.

Chris Evert, “the Ice Maiden”, was born in 1954 in Florida. Coached by her father, she developed a game based on consistency, keeping her opponents away from the net with her deep groundstrokes, and punishing them with great passing shots if they were to take the net carelessly. She obtained her first remarkable result at the age of 16, reaching the semi-final at the US Open (defeated by world No 1 Billie Jean King, 6-3, 6-2). Since 1974, she dominated the game, along with her biggest rival, Martina Navratilova. In five years, she had claimed no less than nine Grand Slam crowns: Roland-Garros in 1974, 1975 and 1979 (she skipped the event in 1976-1978 to attend the World Team Tennis league), Wimbledon in 1974 and 1976, and the US Open in 1975, 1976, 1977 and 1978. She was the undisputed queen of clay, having achieved an amazing 125-win streak on this surface between 1973 and 1979. She had already spent 156 weeks as world No 1, including 113 consecutive weeks between May 1976 and July 1978, and she was still on top of the WTA rankings in September 1979.

The US Open (known as the US National Championships before 1968 and the start of the Open Era), was established in 1881, and, although it is the only Grand Slam to have been played every single year without an interruption since its beginning, it moved several times locations throughout the 20th century. First held in August 1881 on grass courts at the Newport Casino, on Rhode Island, the tournament moved to New-York in 1915, where it was held at the West Side Tennis Club, at Forest Hills until 1977 (with the exception of years 1921-1923, when the event was moved to Philadelphia). In the years 1975-1977, the event was played on clay. In 1978, the US Open left the West Side Tennis Club, which was now too small for such an important event, for the USTA National Tennis Center, located in Flushing Meadows, New-York, and the decision was made to change the surface to hard courts. The Tennis Center was one of the biggest tennis complexes in the world:  its centre court was the Louis Armstrong Stadium, which had a capacity of 14,000 spectators.

Tracy Austin had always been considered as a prodigy. When she had first attended the US Open, in 1977, on Forest Hill’s clay courts, she was only 14 years old, but she had already made her way into the quarter-finals. In 1978, as the tournament had moved to Flushing Meadows and switched to hardcourts, she repeated the same performance, only defeated by the great Chris Evert (7-5, 6-1). However, in 1979, she transitioned from being prodigy to being the world No 3, the only player who seemed to be able to challenge Evert and Navratilova for big titles and world No 1 in the following years. Not only had she managed to score a few wins over the two best players in the world, but, in Rome, she had even put an end to Evert’s 125-winning streak on clay (6-4, 2-6, 7-6). Nonetheless, she was still a teenager and she was probably the only one to really believe that she had a chance to already win the US Open, as she would tell Steve Flink forty years later.

“In the back of my mind it was, ‘Sure, why can’t I win this?’ I had beaten Martina and Chrissie on big stages. You look at pictures of me from ’78 and then ’79 and I was a completely different person in ’79. I was more a little girl at 15 and starting to move towards a woman at 16. I was stronger. And I had spent the year in the gym.  I was starting to put more muscle mass on in ’79. So that made the difference. My ball had a little more heft on it.”

After having stormed through the early rounds, however, Austin came close to defeat in the fourth round, when Kathy Jordan was two points away from victory at 6-5 in the deciding the set. She clawed her way back and prevailed 4-6, 6-1, 7-6. After an easier win in the quarter-finals, Austin had to face an incredible challenge: between her and the title stood the two best players of their time, Martina Navratilova and Chris Evert.

In the semi-finals, Austin was patient and consistent enough to lock a 7-5, 7-5 win over Navratilova and set a final clash against Evert, who had not been defeated at the US Open since 1974.

“One of my best assets,” Austin would explain, “was my mental toughness and my ability to stay in the moment. I felt like the final was an opportunity. I felt like I was 16. I did not know how many titles Chrissie had won or that I would be the youngest champion ever, beating Maureen Connolly’s record.”

Believing in her chances, Austin defeated Evert 6-4, 6-3, in a baseline battle which French paper Le Monde called, at the time, “one of the most boring matches of all time”, with many points exceeding 25 shots. On the same day when her countryman John McEnroe became the youngest male US Open champion, Tracy Austin became the youngest woman of all-time to claim the title in New York. Her opponent praised her recent improvements. “I wound up losing points that I thought I had won,” Evert said. “I think six months ago she wouldn’t have gotten to a lot of those shots.”

In fact, Austin was so young that, as hard as it is to believe, she was going back to school on the following day, but before, on her way back from Flushing Meadows, she made a famous stop for dinner at McDonald’s.

“I was getting hungry, so my mom pulled into a McDonald’s. Now wearing a sweater over my tennis dress, I walked in and got in line,” she would recall. “A lot of people stared. ‘I just saw you on TV,’ one guy said. ‘What are you doing at McDonald’s?’ ‘I’m hungry,’ I said.”

What next: Austin becomes No 1 before injury; Evert reigns

In 1980, Austin would become the youngest player to have ever reached world No 1 (a record beaten later by Monica Seles and Martina Hingis), a ranking she would hold for 21 weeks in total. The young prodigy would win the US Open a second time, in 1981, edging Navratilova in the final (1-6, 7-6, 7-6). Unfortunately, the rest of her career would be plagued by injuries and she would quit tennis for the first time in 1984. In 1988, she would attempt a comeback, which would be tragically ended by a near-fatal car crash. She would try in vain a last time, in 1993-1994, before retiring once and for all. Tracy Austin remains the youngest-ever US Open champion.

In total, Chris Evert would spend a total of 260 weeks as world No 1. Overall, Evert would win 154 titles before the end of her career, in 1989, including 18 Grand Slam crowns. She would hold the record of seven Roland-Garros titles, a record even more impressive considering that she skipped the event three times, at a time when she was almost unbeatable on red dirt.