Home » News » The US Open “bubble” may not be perfect, but it’s there for a reason

The US Open “bubble” may not be perfect, but it’s there for a reason

Kristina Mladenovic made her feelings abundantly clear at the US Open on Wednesday, saying she felt like a prisoner because of the “atrocious conditions” she was under after being in contact with Benoit Paire, who tested positive for Covid-19. After three days of competition and as the rumblings behind the scenes become louder, has the “bubble” burst? 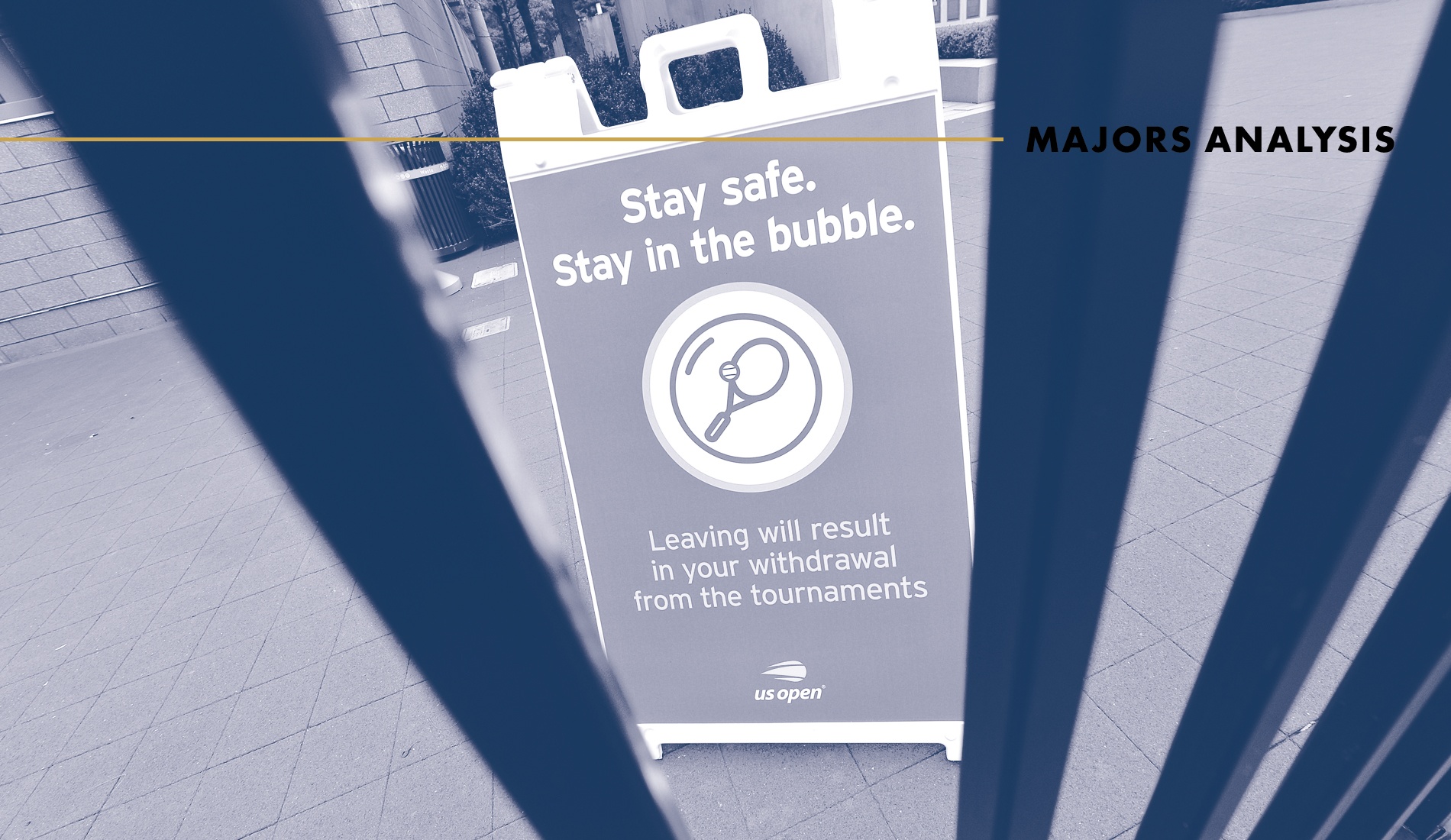 Bubble at the US Open 2020, Tennis Majors Feature

In conversation with French reporters on Wednesday, Mladenovic described how she felt she was stuck in a “bubble within a bubble”.

“We’re living a nightmare here. I have only one desire and that is to regain my freedom,” she said. “We have no freedom of movement, no identity. I have the impression that we are prisoners, criminals. For any movement, they (officials) have to ask if we have the right to do it, even though we are tested every day and have had 30 negative tests. It’s abominable, the conditions are atrocious. If I had known that playing cards for 40 minutes with a player who tested positive, but ultimately negative, would have resulted in these consequences, I would never have set foot in this tournament.”

The Frenchwoman has never been afraid to speak her mind but she was speaking after letting slip a 6-1, 5-1 lead, missing four match points and losing to Varvara Gracheva in the second round on Wednesday night, so emotions were understandably high. And she didn’t say that the USTA lost her the match.

Secondly, Mladenovic has been the subject of enhanced protocols because she had contact with Paire, more severe restrictions than the rest of the field are subject to.

Of the “Paire 11” – the 10 players (plus Paire) who were identified as having been in close contact with the Frenchman before his positive test – three – seven, including the likes of Richard Gasquet, Adrian Mannarino and Mladenovic, are under the strictest of restrictions, with temperature checks, daily Covid-19 tests, private transport to and from the site. They’re not allowed to leave their hotel rooms other than for travel, while they have been given isolated areas at Flushing Meadows to spend time in.

Three others – Daniil Medvedev, Damir Dzumhur and Nicolas Mahut – who had less exposure to Paire, must have daily Covid-19 tests but can otherwise move around the grounds freely.

Shelby Rogers: “Players should be grateful; it’s all (about) perspective”

Most players understand that the rules are there for a reason. New York was the US city hardest hit by the virus, with more than 32,000 deaths so far. The city has worked incredibly hard to get the virus under control, and is now among the safest cities in the country. However, New York State insisted that the US Open have strict protocols in place to be able to hold the event at all.

American Shelby Rogers said that though conditions are monotonous, players should realise the work that has gone in to even making the event possible.

“You wake up, you’re going to see the hotel and the site and that’s it,” she said. “I’m just happy to be back able to compete and get back on court. It is what you make of it. It’s all (about) perspective. I mean, where else would I want to be, sitting at home or having the chance to play tennis again? I’m just very thankful for everything the organisers and the tournament have done, because I know, I’ve seen behind the scenes, just at an exhibition, it is a lot of work and I think the players should be very respectful and thankful for that, because I don’t think most of us know what it’s like to do something like this.”

When Guido Pella and Hugo Dellien were withdrawn from the Cincinnati event, held at Flushing Meadows, after their physio tested positive for the virus, the players were angry, feeling they had been misled by organisers, who they said had insisted players would not be withdrawn unless they shared a room with someone who tested positive. The confusion only grew after the Paire incident, with the 10 players identified through contact tracing allowed to stay in the tournament, albeit under strict protocols.

“I think we were all looking for a clear, set rule, which Guido and Hugo didn’t feel like they got the first time. I understand, this is a fluid moment, this virus has also changed everybody’s perspective, but I think what would have been appreciated – and I don’t know if it’s even possible – is just a little more consistency and a little bit more awareness of where do we stand when something happens.” 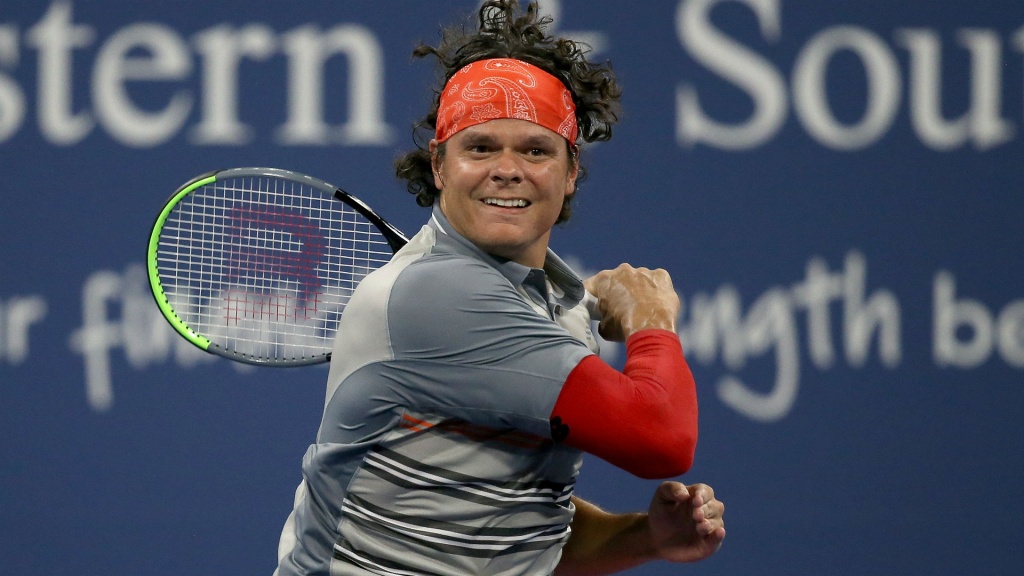 Raonic also said he was nervous to take the test in case he got a “false positive” and was thrown out even when he may not actually have the virus. That feeling probably was not helped by the news that Paire has now tested negative.

Players are in one of two hotels off site, or in private accommodation, the latter under the provision that they must hire 24-hour security to ensure no one gets in or out, other than to travel to the site. But it seems that one of the two hotels is not as secure as it might be.

In an interview with Tennis Majors, Denis Shapovalov said he thought the USTA was doing its best but that there are big holes in the protection.

“I don’t know how many people are actually staying at the hotel (but) I know certain workers are going back home,” he said. “It’s tricky. I understand, it’s tough, it’s extremely difficult and they’ve been doing a decent job but there are still holes in the bubble, it’s just unfortunate. You can’t just have random people in the hotels or not have a full bubble. If we said we’re going to do a bubble, it should be a proper bubble.”

Frenchman Mannarino, still in the tournament after two good wins despite his personal restrictions, agreed.

“Here at the US Open, we’re not in a bubble we’re in a safe environment – which is different,” he said.

World No 1 Novak Djokovic is among those who rented a house during the tournament.

“Being in a hotel, you’re unable to open the window in the room,” he said. “You constantly have to be with a mask indoors, outdoors, everywhere. You can’t really go out, spend time in the garden maybe outdoors. I saw the hotel. The hotel is not in a best position in terms of having nature around. It’s very close to the highway. Look, USTA did what they could do. Of course, they made sure they take the entire hotel for the players. Most of them are staying there. But I never spent a second thinking that I can stay in a hotel when I heard that I can have a chance to stay in a house. I took it right away.” 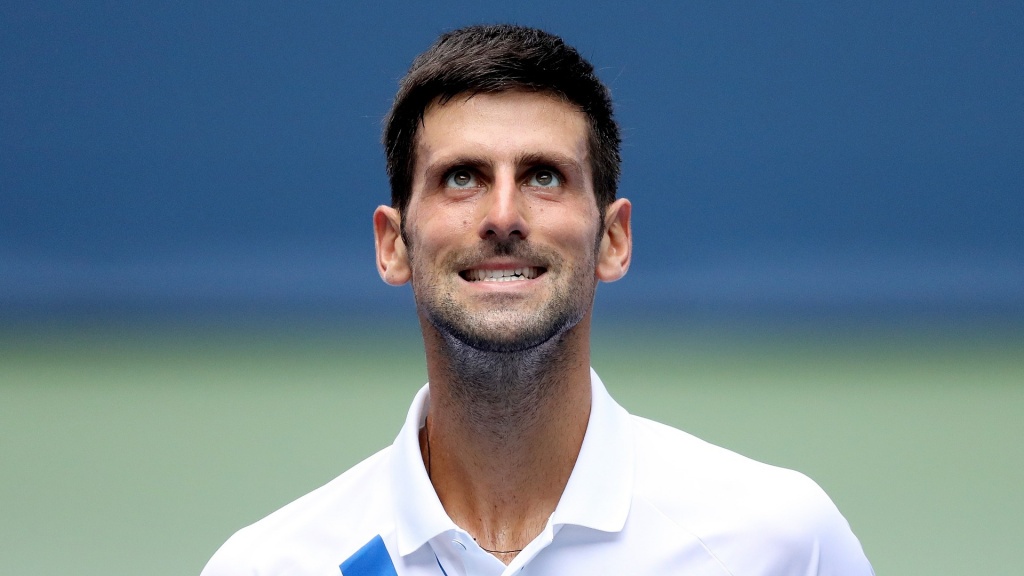 Given the numbers of people still on site, and staying in the hotels, it’s quite surprising, in many ways, that only one player has so far tested positive for Covid-19. Roland-Garros, still hoping to take place this month after moving from May-June this year, and the Australian Open, scheduled for January, are watching closely how things are being done and even Wimbledon will have an eye on how the protocols have worked.

Players were desperate to return to the Tour, to earn money and do their jobs. Inevitably, that means taking a leap of faith that the organisers are doing everything they can to keep things safe and are listening to their concerns. Mladenovic and a couple of others may feel like the rules are too restrictive but they are there for a good reason.

The world’s top players are so used to being pampered, this has all been a big change for them. But most have accepted the unique conditions and got on with the job at hand. In the coming days, with half the field already gone, the numbers of players in the hotels and on the grounds of the Billie Jean King National Tennis Center will thin out and in theory, it should be easier for them all to social distance and stay safe.

Inconsistencies have not helped and the bubble is clearly not as secure as it should be, but Mladenovic, who is the top seed in the women’s doubles with Timea Babos, and the rest of the players will have to accept the conditions for what they are.

As Alexander Zverev said on Wednesday:

“All you have is tennis and the bubble, so you can’t really get away from it, you can’t really have a fresh mind like you do at other tournaments. But it’s different, and I think players are just enjoying playing. So I’m happy to just be competing.”