Amid fitness concerns at the US Open, the legendary coach fears that Daniil Medvedev is too fatigued to make it to the end of the tournament – but the Russian himself insists he is fine. 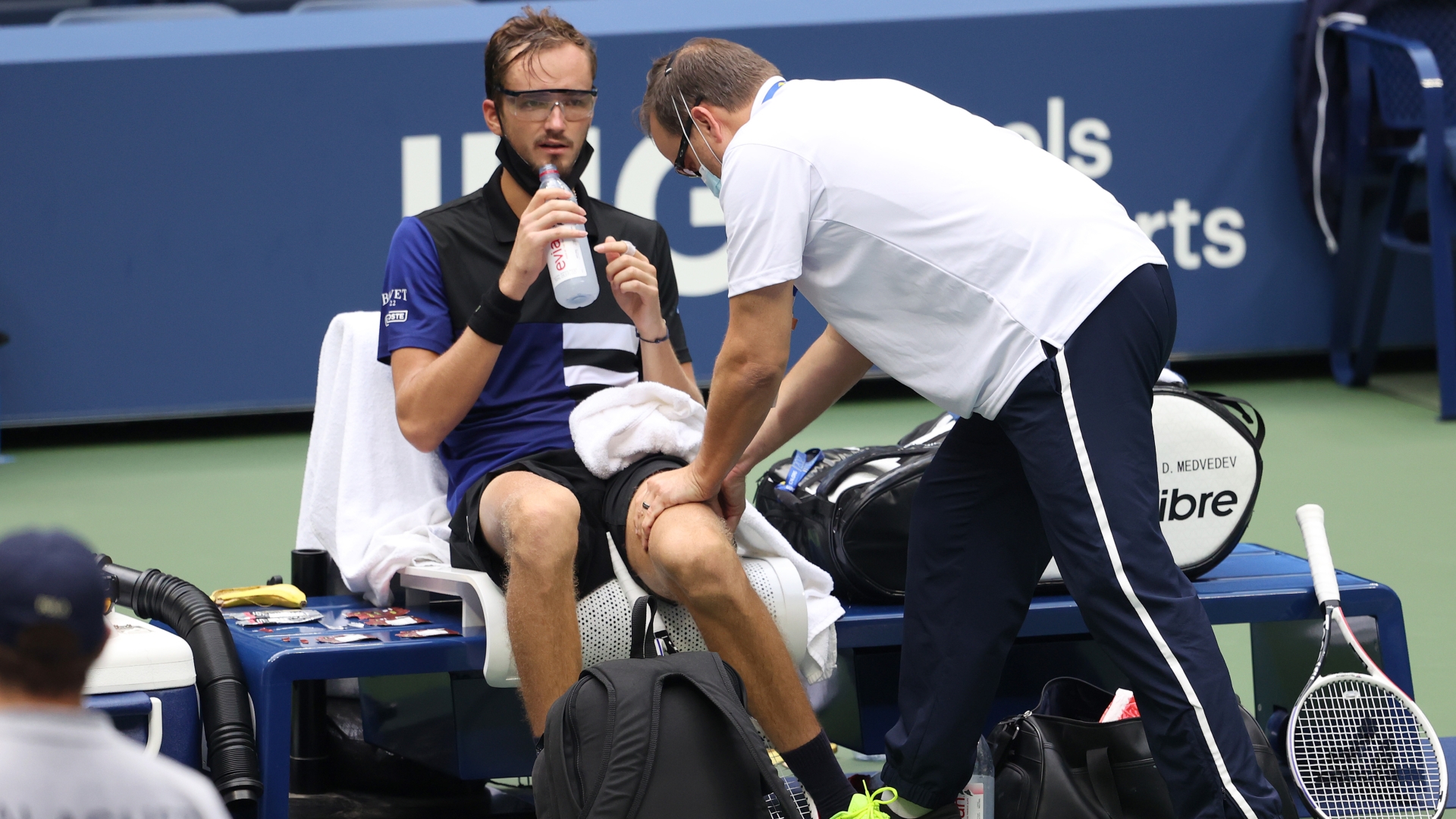 Patrick Mouratoglou fears that Daniil Medvedev is running out of energy during his US Open campaign.

The Russian himself played down concerns over his fitness after his US Open quarter-final win over Andrey Rublev, during which he required treatment on his shoulder and for cramp during a 7-6(6), 6-3, 7-6(5) victory over his friend and compatriot on Wednesday.

But the French coach thinks that Medvedev’s physical condition could give his semi-final opponent Dominic Thiem the edge.

“I think he had a rough summer, with the Covid. He didn’t play exhibitions, like the other guys. A grand slam is a long tournament, you need a lot of energy. I feel like he’s playing more aggressive in that tournament because he knows he doesn’t have that much energy.

“He needs to shorten the matches. That’s my feeling. I think if he has one or two tough matches, he might not have fuel at the end. And I think that’s the chance for Dominic Thiem against him.”

Medvedev – the 2019 runner-up – told the press after the match that he was feeling fine.

“No, no, everything is quite fine. I just got a little bit tired at the end of the third set with really physical match that we had,” he said.

“My shoulder started to hurt just a little. And in order not to finish the third set, imagine I would serve one serve, and I don’t know, just pull my shoulder.

“I call the physio, so he took care of it. I was cramping a little bit, so he also massaged me, and it helped a lot. As you saw at the end, I was able to be 100 per cent.”

Medvedev had several injury concerns at the end of 2019. He battled through a bicep injury to beat Novak Djokovic 3-6, 6-3, 6-3 in the Cincinnati semi-finals last year, suffered a quad pull during his run to the US Open final last September, and had to pull out of the Mubadala World Tennis Championship a few months later due to concerns over his hip.