Zverev ends Coric run to advance to US Open semi-finals

Fifth seed Alexander Zverev came from a set down to defeat a valiant Borna Coric and advance to the semi-finals of the US Open. 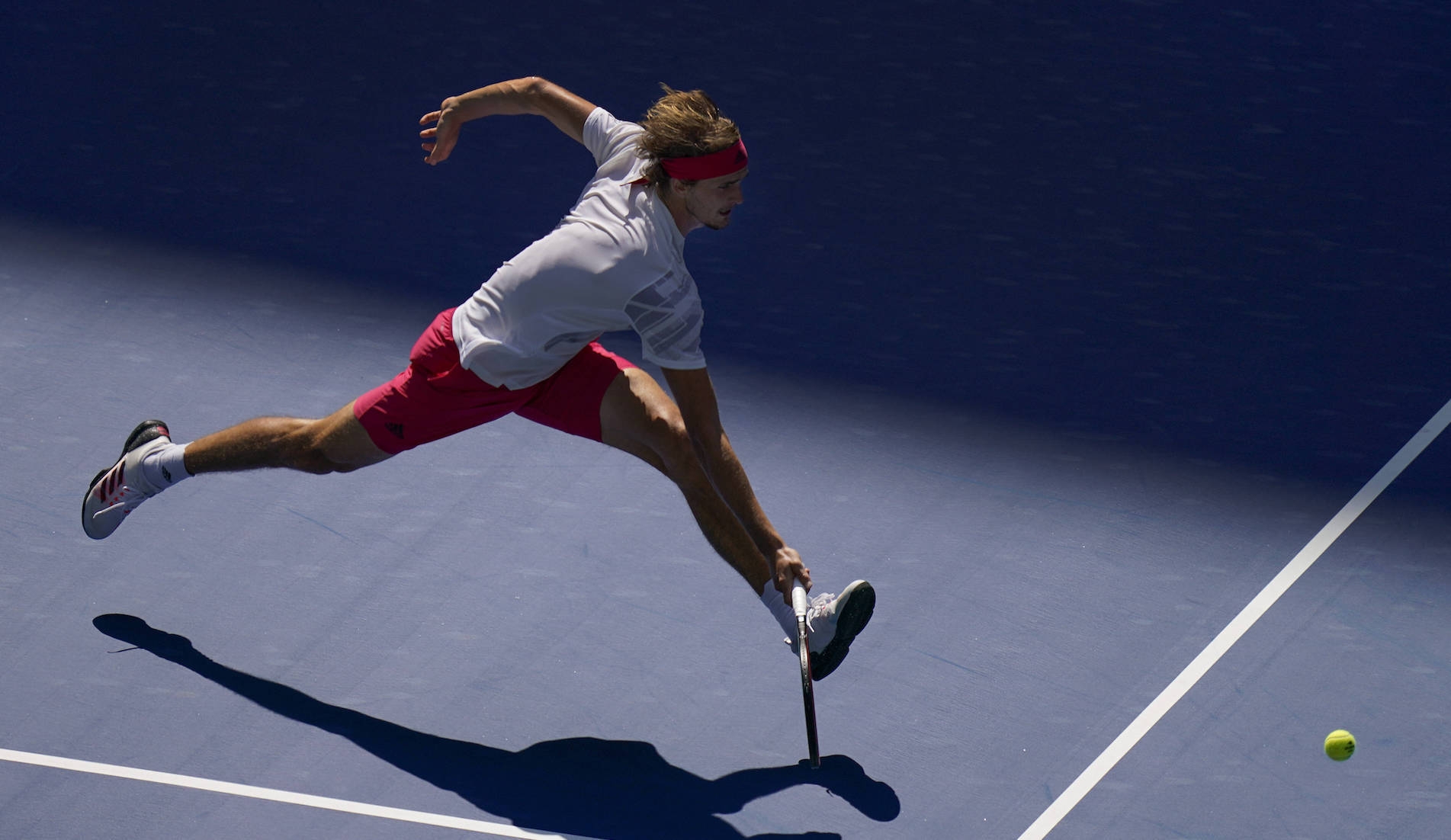 Why you should read this story: With the draw now wide open, could Zverev finally fulfil his promise? He next faces either Denis Shapovalov or Pablo Carreno Busta for a place in the final.

The No. 5 seed is into his first career #USOpen semifinal. pic.twitter.com/ap96qanz8a

It was a strangely subdued start for the German following his simple victory over Alejandro Davidovich Fokina in the previous round. But a set and 4-2 down he dug deep to make his second straight major semi-final, having made the first of his career at the Australian Open in January.

“I was down 6-1, 4-2 after about 28 minutes. It’s not a secret I didn’t play my best. But I found a way, found a way to win that second set, and I feel like that’s the most important,” Zverev said. I just started to be a little bit more aggressive because if I played the way I played it’s not the level for a quarter-final match of a grand slam, and I had to start playing better and I was a little bit more consistent as well, and I thought to myself ‘I am down 6-1 and 4-2 and I have nothing to lose at that moment.

“I felt like my first serve percentage was quite high, and at that moment when I feel comfortable with my serve, I feel like I have a good chance of making that second serve big, and if I do, the percentage of me winning the point is quite high, so that’s what I did and it worked out.”

It was Coric who was fastest out of the blocks, breaking early despite his marathon escape against Stefanos Tsitsipas, when he recovered from 5-1 down in the final set and saved six match points.

And it then went from bad to worse for the German, who came into the match as the clear favourite despite trailing 3-1 in their previous meetings, as he was broken again to surrender the opener.

Zverev knew he had to regroup and regroup fast if he was to advance to a semi-final against either Shapovalov or Carreno Busta. And he came out much more aggressive after his sluggish start, some big serving cancelling out his often customary double faults to get him out of trouble.

But Coric pounced again in the fifth game of the second set, after a tetchy Zverev lost a protracted argument with the match umpire when a line call went against him. 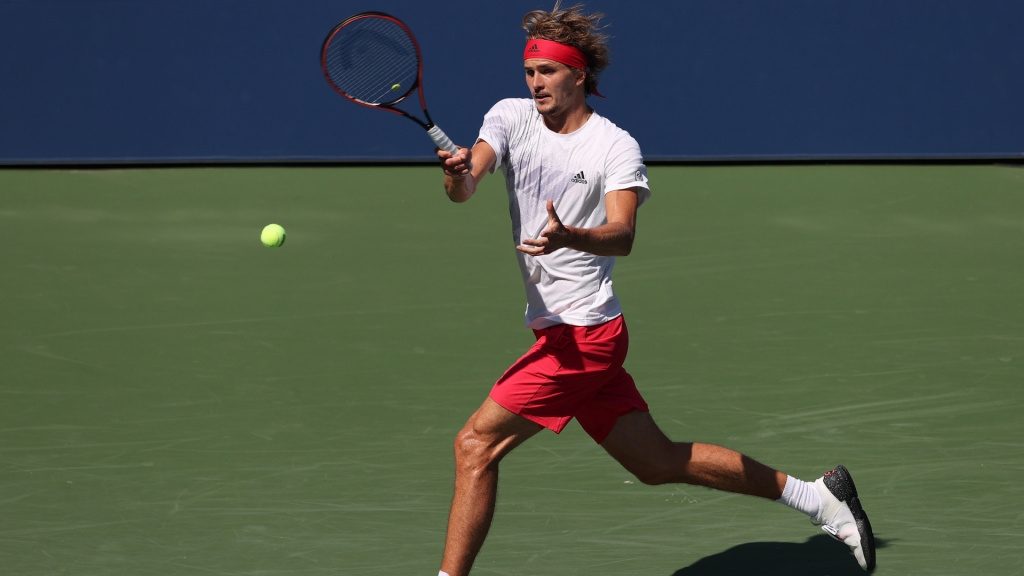 It all looked to be going Coric’s way at 4-3, 40-15 on his own serve in the second only for him to wobble. He lost the next two games and what seemed like being a stroll to a two-set lead became a nervy tie-break that Zverev pounced upon, winning it 7-5 to level at one set apiece.

The inconsistency in both players’ games continued into the third, with no real clue as to who would emerge triumphant in this tight encounter. Perhaps it was the lack of atmosphere or the excursions of previous rounds, but for the prize at stake, it all seemed a little flat.

It needed one of the two to step up and take the match by the scruff of the neck, and it was Zverev who was at last able to find his game, cruising through another tiebreak to extend his advantage.

Could fatigue have been a factor with Coric after his Tsitsipas marathon? Quite possibly. Serving at 3-4 in the fourth set, he double-faulted and Zverev, having broken to lead 5-3, served out the match. 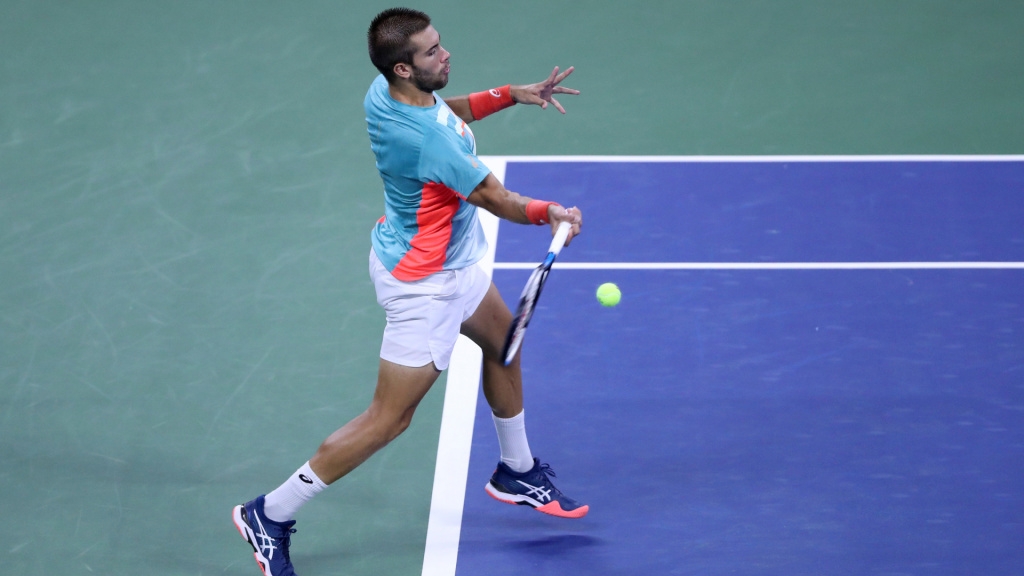 Coric admitted he had let slip a golden chance to reach a first slam semi-final.

“I had set and 4-2, right, and 4-3, I was serving for it, I had 40-15, and I felt like I was in charge of the match,” he said. “I saw he was struggling, not playing his best tennis. At the same time, I was playing some great tennis. So I thought I’m not maybe super close to the finish line, but I felt like I’m close to maybe closing out that second set.

“That’s tennis. Sometimes you just lose. Against Tsitsipas I managed to come back, and today, I lost some of my opportunities. That’s tennis and that’s life, I think. I think it’s quite normal. Sascha played really, really good in the most important points. Also serving huge, really, really serving huge, because I was returning very good today. I felt like I was returning good, but I couldn’t make a lot of damage. Sometimes you lose, sometimes you win. Four days ago I won. Today I had my chances which I didn’t take. That’s it.”

Zverev’s eyes on the prize

Zverev, meanwhile, is the first German man since Boris Becker in 1995 to make the semi-finals at Flushing Meadows, but he wants to go further, with his chances increased by the absence of Rafael Nadal and Roger Federer, and then the default of Novak Djokovic.

“I think the Novak news shocked us all,” Zverev said. “Obviously for us younger guys, we see that as a massive opportunity, but we have to put our head down and just do our job and focus on ourselves. “I don’t want to stop here. Obviously it’s great to be in the semi-finals, and unfortunately we haven’t been there in 25 years, but I hope there’s going to be many more after me and I hope I can continue going the way I am doing.”