Australia’s Alexei Popyrin – The Sniper – wrote his name in Ultimate Tennis Showdown history on Sunday as he beat Elliot Benchetrit of France three quarters to one to win the first match of the innovative event. 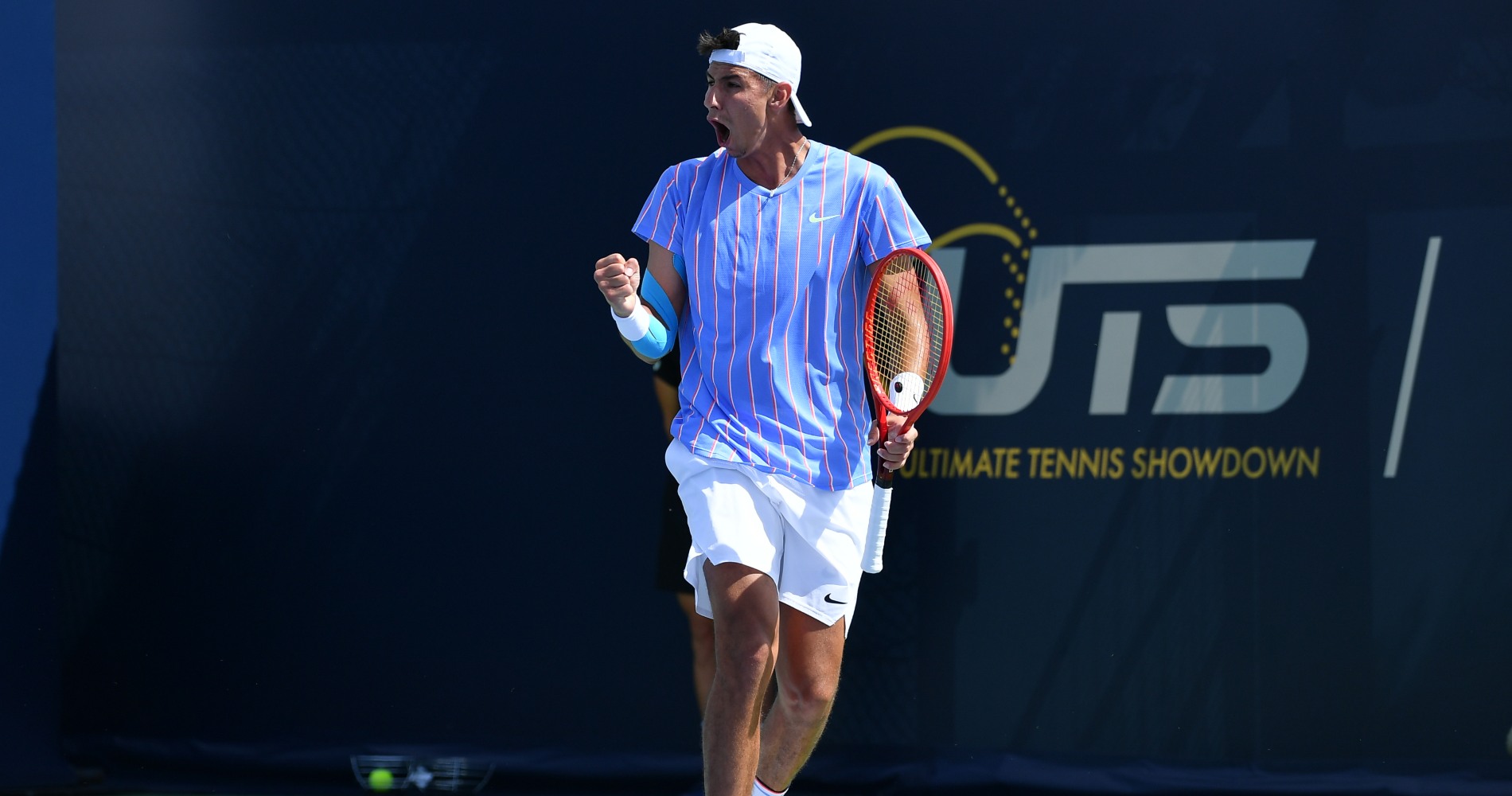 The big-serving Aussie, ranked more than 100 places above his opponent, used his UTS cards cleverly as he ran out a 13-9, 9-12, 15-12, 14-12 winner as the revolutionary event began in in beautiful sunshine at the Patrick Mouratoglou Academy on the French Riviera.

Benchetrit, ranked 208, had his chances but a double-fault when trailing 12-11 in the third quarter proved to be the key as Popyrin moved ahead again, before closing out the match in style in the fourth quarter.

Popyrin the first to draw a UTS card

With the rain of Saturday, which delayed the start of the UTS, replaced by perfect conditions, the first point of the match was a Popyrin ace, setting the tone for much of the match as The Sniper took control against his less-experienced opponent.

Both men had two UTS cards to use in each 10-minute quarter – one of the real innovations of the event, the brainchild of Mouratoglou and Alexei Popyrin’s father, Alex, and his son Alexei was the first man to use one, denying Benchetrit his first serve on the next two points. It was a tactic that worked nicely as he won the first quarter 13-9. 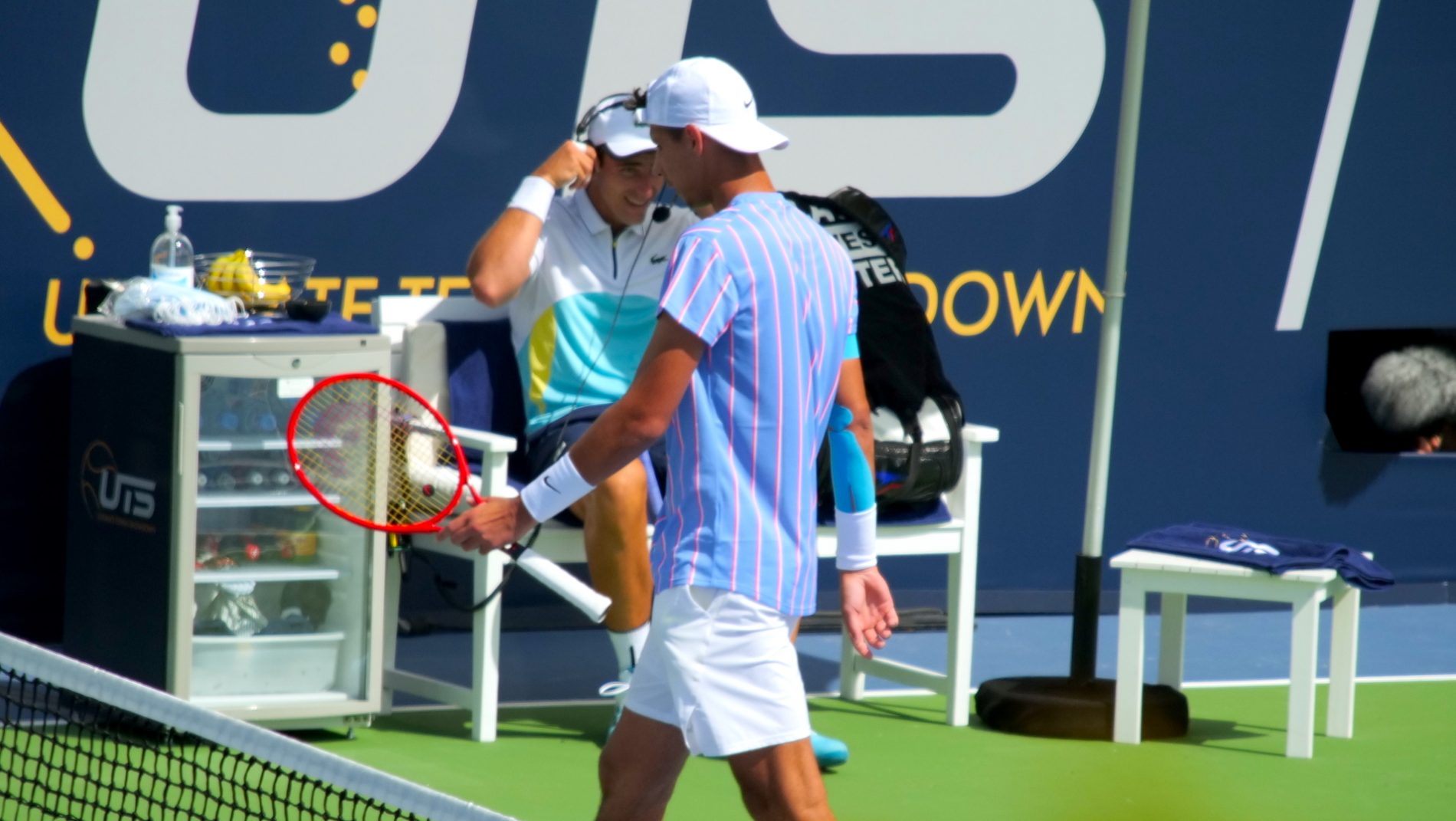 Players are allowed one coaching timeout per quarter – Benchetrit was the first to use one in the opening quarter, though at first he connected with Popyrin’s coach instead before finding the right one.

Benchetrit made the double-fault at the wrong time

In the second quarter, Benchetrit, who qualified for the Australian Open earlier this year, hit back well to take it 12-9, with Popyrin a little too passive. “I just need to win more points,” he told commentators, another unique part of the competition’s format. Popyrin dominated the first few minutes of the third quarter but having led 8-2, he was pegged back to 12-11, only for Benchetrit to double-fault just at the wrong time.

That allowed Popyrin to take the third quarter 15-12 and he then pulled away in the middle of the fourth quarter to take it 14-12 and put his name in history as the first ever winner of a match at Ultimate Tennis Showdown, bashing the ball out of the stadium in delight.