It will be a rematch of Saturday’s showdown between Alexander Zverev and Felix Auger-Aliassime when they meet again in the UTS2 final on Sunday. The Panther beat Richard Gasquet in the second semifinal to earn his place. 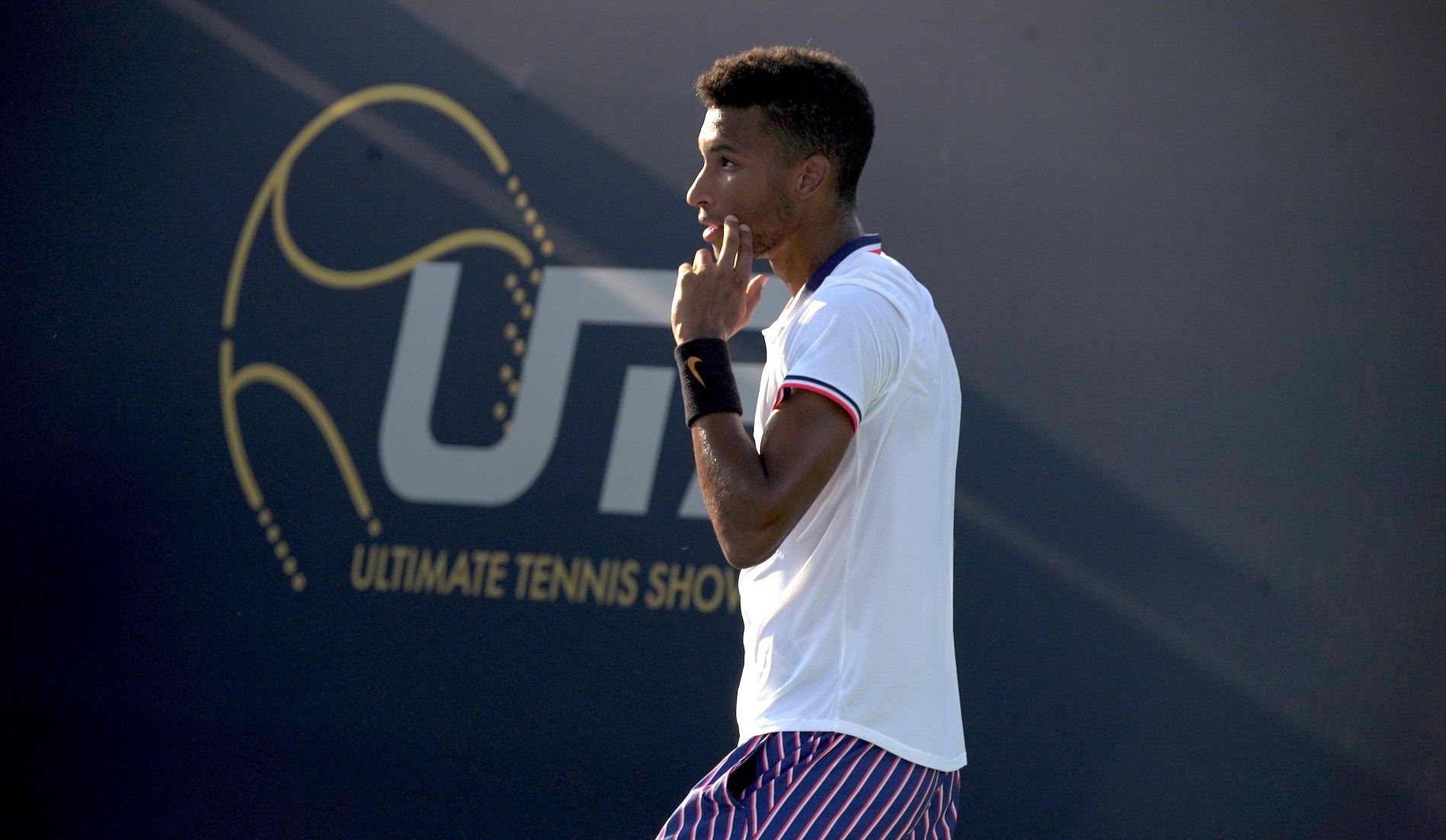 Who will be king of the jungle between The Lion and The Panther? We will find out at the UTS2 final on Sunday night.

Alexander Zverev and Felix Auger-Aliassime, two automatic qualifiers for the semifinals, won their respective matches earlier in the day to make the dream championship match a reality. After The Lion defeated Corentin Moutet to begin Sunday’s schedule, The Panther took advantage of an injured Richard Gasquet to prevail 15-19, 17-12, 20-12, 23-7.

The Panther ends with… an ace.

It will be a Big Cats Battle Part 2 tonight as @felixtennis will have a shot at revenge against @AlexZverev in the final 🦁🐾#UTShowdown pic.twitter.com/FTIRRWyJcz

Gasquet, who was also a semi-finalist at UTS1, wasted no time taking control early before his knee injury grew worse. The Virtuoso used a next point counts two card while leading 8-6 in the opening quarter. He won both of those points to seize a commanding 12-6 advantage. That Gasquet finished with 19 points is indicative of the fact that they were playing fast and playing very short points – most of which The Virtuoso won.

Going downhill for The Virtuoso

Gasquet sensed his opportunity to get a stranglehold on the match when he played his next point counts two card at 9-9 in the second quarter. The Virtuoso took an 11-10 lead as a result, but he had no cards left whereas Auger-Aliassime still had both of his cards in his pocket. On his first next point counts two effort, however, The Panther double-faulted. He rebounded with an ace for 12-12 and then played his take away a serve card. It worked to perfection, as Gasquet crumbled on both of his service points to basically end the quarter.

“It was a slow start,” said the 19-year-old, whose microphone was broken after the first quarter. “He might be struggling with something, but I’ll just try to play another good [quarter] and we’ll see. I try to focus on what I can control. We haven’t been having long rallies so [the heat] has not been a struggle so far.”

“I’m trying my best,” Gasquet reiterated. “It’s still one-set all…. Everything is possible.”

The Panther puts an end to it

But it was not possible because of his physical problems. Struggling to move or play any point longer than a couple of shots, The Virtuoso could not really compete in quarters two and three. Unlike fellow Frenchman Benoit Paire on Saturday, however, Gasquet at least managed to finish the match. And overall he was happy about what was mostly incredible tennis at UTS throughout the past month.

Acing his way through 💥@felixtennis wins the third quarter 20-11 to take a 2-1 lead, and hits first three-pointer at UTS.@richardgasquet1 may not be at the top of his form, but he’s still in it to win it.#UTShowdown pic.twitter.com/i8FIGZZV6P

“It’s very good,” The Virtuoso said of the UTS event. “I’ve been here seven weeks and played many matches.”

“I started a bit slow, but in the end I’m happy to be in the final,” Auger-Aliassime commented. “[Richard] told me he got hurt in the warmup, so that was unexpected. We were expecting a good match; he’s been playing well the last couple of weeks. But I was good when I needed to be. I feel like I’m settled in and I know how to play now.”