Dustin Brown comes to the UTS party with win over Lopez 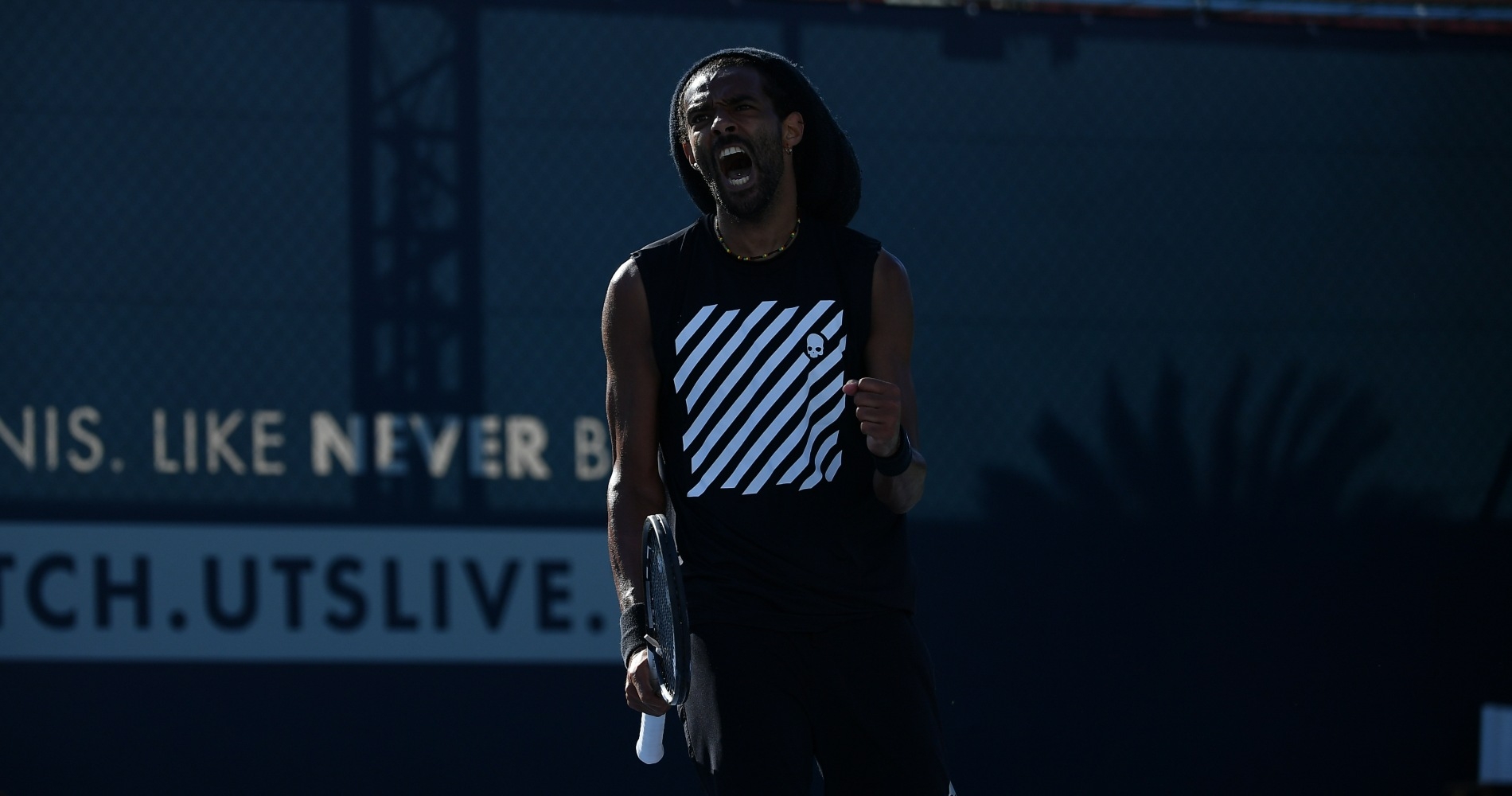 Struggling mentally and physically after going 0-5 down last weekend and picking up an ankle injury, Brown was so low he was considering throwing it in.

“Last weekend I lay on my bed and I was thinking about how far I could chuck my bag out the window,” Brown said. “To come out and play like this, it’s a big difference, I feel good, I served well. Everything went well. I served well and finally happy to win.”

Brown on fire from the start

Outplayed in each of his five matches, Brown was on fire from the start against Lopez as he ripped winners all over the court, mixing power with touch as the Spaniard, El Torero, struggled to get going. “I don’t have my legs today,” Lopez said after a first quarter marked by an outrageous half-volley lob by the German.

Lopez turned things around in the second, serving much better from the other end, and thanks to a fine start, was never pressed. He even found time to play a ludicrous no look volley he said should be called the “Michael Laudrup”, after the great Denmark footballer who loved to score his goals without looking as he applied the final touch. “I’ve got no wheels but a good arm,” he said.

Ok, now @DreddyTennis is getting ridiculous 😲

Even slo-motion can’t slow down this bullet backhand winner from the Artist. #UTShowdown pic.twitter.com/SLySIu6BcY

Brown could have let his head drop going into the third quarter but this was the Brown we know and love and after a blip when the clock stopped working early on, he produced an audacious flick to get the pulse going and stormed ahead 10-4, thanks in part to an ace on his first point with the winner x 3 card. With Lopez continuing to struggle on serve, Brown ran away with the quarter 19-11.

The fourth quarter was nip and tuck early on but it seemed to turn on the point at 6-5 down when Brown slapped an unstoppable forehand cross-court to get back on terms and then, having fallen 8-6 down, he won seven straight points to take command.

Lopez’s last chance, with the winners x 3 card, came and went and Brown held on to take a convincing victory, while Lopez slips down to sixth.