Corentin Moutet: “I need to be calmer on the court”

Corentin Moutet returned to his fourth weekend of an eventful UTS, where he broke two racquets during his defeat against David Goffin, and got into a verbal joust with Apostolos and Stefanos Tsitsipas. The wildly talented Frenchman reflects on the experience with Tennis Majors. 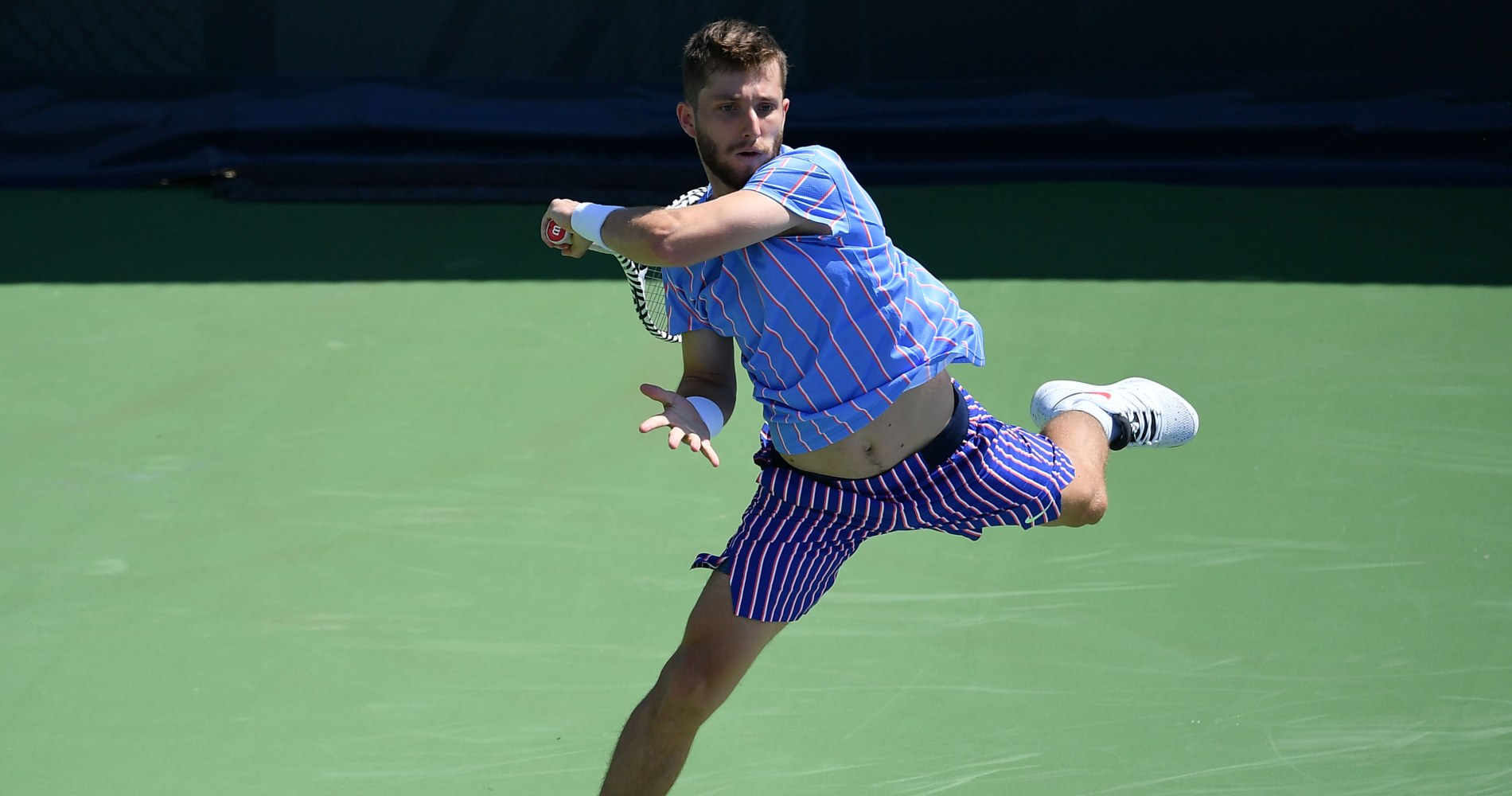 Corentin Moutet never walks away. Even after a tense weekend at the Ultimate Tennis Showdown. After breaking two racquets on Saturday during his loss to David Goffin (3-1), the 21-year-old Frenchman got into a heated situation on Sunday with Stefanos’ father Apostolos Tsitsipas. The world No 75 was annoyed that the father of the world No 6 continued to give advice to his son, while he was serving. He finally bowed out in sudden death after holding a two quarters to love lead (3-2). Eighth in the UTS ranking, the Frenchman will not play the Final 4. Before his last match, on Saturday, he admitted that he is still “often carried away on the court”.

You faced two members of the top 10 during the fourth weekend of UTS. How did you experience these two matches, where you stood up to Tsitsipas and Goffin?

It was really interesting. Since the start of UTS, I’m not at my best. There I managed to bother two big players. It took a lot of effort. I had to accept things that are not easy to accept in terms of behavior. I still often get carried away on the court. I was very disappointed with my attitude against Goffin. In the evening, I talked a lot with my trainer before bed, to try to learn from my mistakes.

Have you regretted the two broken racquets against Goffin, or was it a good way to release your emotions?

In terms of ethics, I’m not proud of that. I regret it. This is not the image I want to give off. Next, in terms of attitude, it goes beyond just two broken racquets. It shows a way of thinking. I let myself be twisted. This is where I need to improve today. 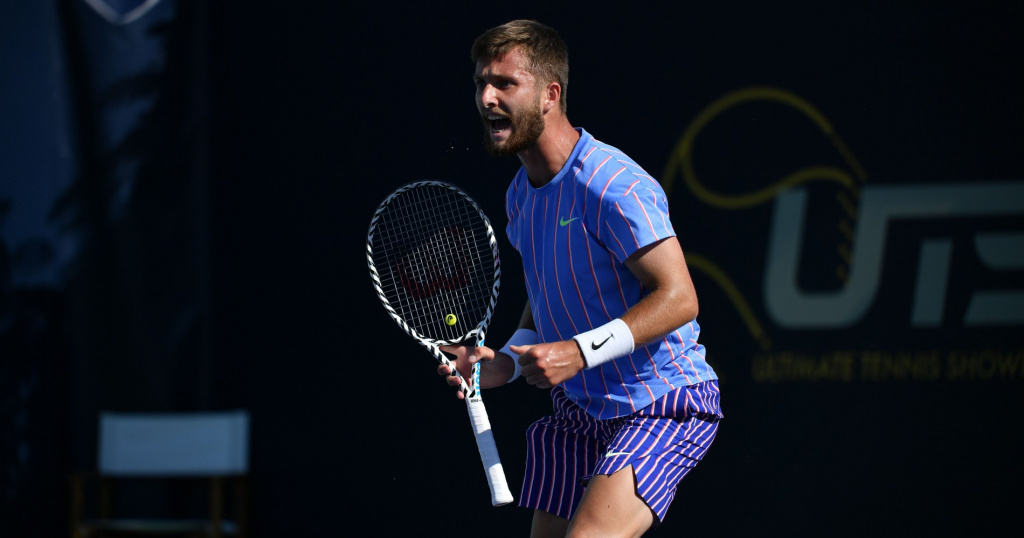 You understand that being calmer on the court helps you a lot?

Yes, it helps me think better. Not to make emotional decisions, both when I lead and when I am behind. I need to be calmer on the court. When you are calm, you are lucid. I’ve been working on this for several years now. There is still a long way to go.

Did you expect your coach, Laurent Raymond, to force you to do a “yoga” session in the middle of a game against Tsitsipas, in a timeout?

Yes, it is an exercise that we do daily. I asked him to do it in the middle of a match. It was good to be able to do it on the court thanks to the UTS time-out. I was leading against Tsitsipas (two quarters to zero) and it was important that I didn’t get ahead of myself. There weren’t necessarily many things to fix in the game. I just had to keep going in the right direction.

But then you got carried away with Apostolos Tsitsipas. What happened?

I don’t want there to be any misunderstanding on this. I have nothing to reproach Stefanos Tsitsipas for. He is very cordial on the court, and there are no problems with him. However, there are some with his father, who talked to his son while I was serving.

Well that escalated quickly 🤯@moutet99 takes aim at Apostolos Tsitsipas and things get heated in a hurry at #UTShowdown pic.twitter.com/L5RkRkoI6m

I try to respect other players and their entourage. And I did not find the behaviour of Apostolos Tsitsipas respectful. He has that reputation on the tour. It’s not new. I spoke to him calmly at first, and I found it even less respectful that he didn’t look at me. But it must be said, that’s not why I lost the match at all.

What do you think of the emotions that the format of the UTS delivers? Even if it’s not the ATP Tour, the players get caught up.

There are no points at stake, but I play all matches as official matches. We play against players that we play against all year, and I think everyone takes that to heart. Especially since it is a more intense format. I really like this format. This brings back a tactical side to the game.

ATP tournaments resume in August. Do you think the US Open and the American tour can take place?

I do not know. I have no more information than the general public. If the US Open takes place, we will have to see if I participate. There will be lots of players who will compete in the tournament, who will collect points, and create distances in the standings with those who did not come. From my point of view, everyone should play the US Open if it takes place.

Was it a smash? Was it a volley?

Today, this is not the case. I am thinking of the qualifications that have been cancelled. We cannot create differences between the lowest ranked and those at the top of the ranking. If not everyone can play, then no one should play.

One thing is certain: if the health situation is too dangerous, then we should not go there. The health of many people is at stake. There are more important things than tennis.