David Goffin lived up to his Ultimate Tennis Showdown name of The Wall, as the Belgian played some spectacular tennis to notch his first victory of this revolutionary format to beat The Sniper Alexei Popyrin (20-9, 21-6, 13-11, 15-10). 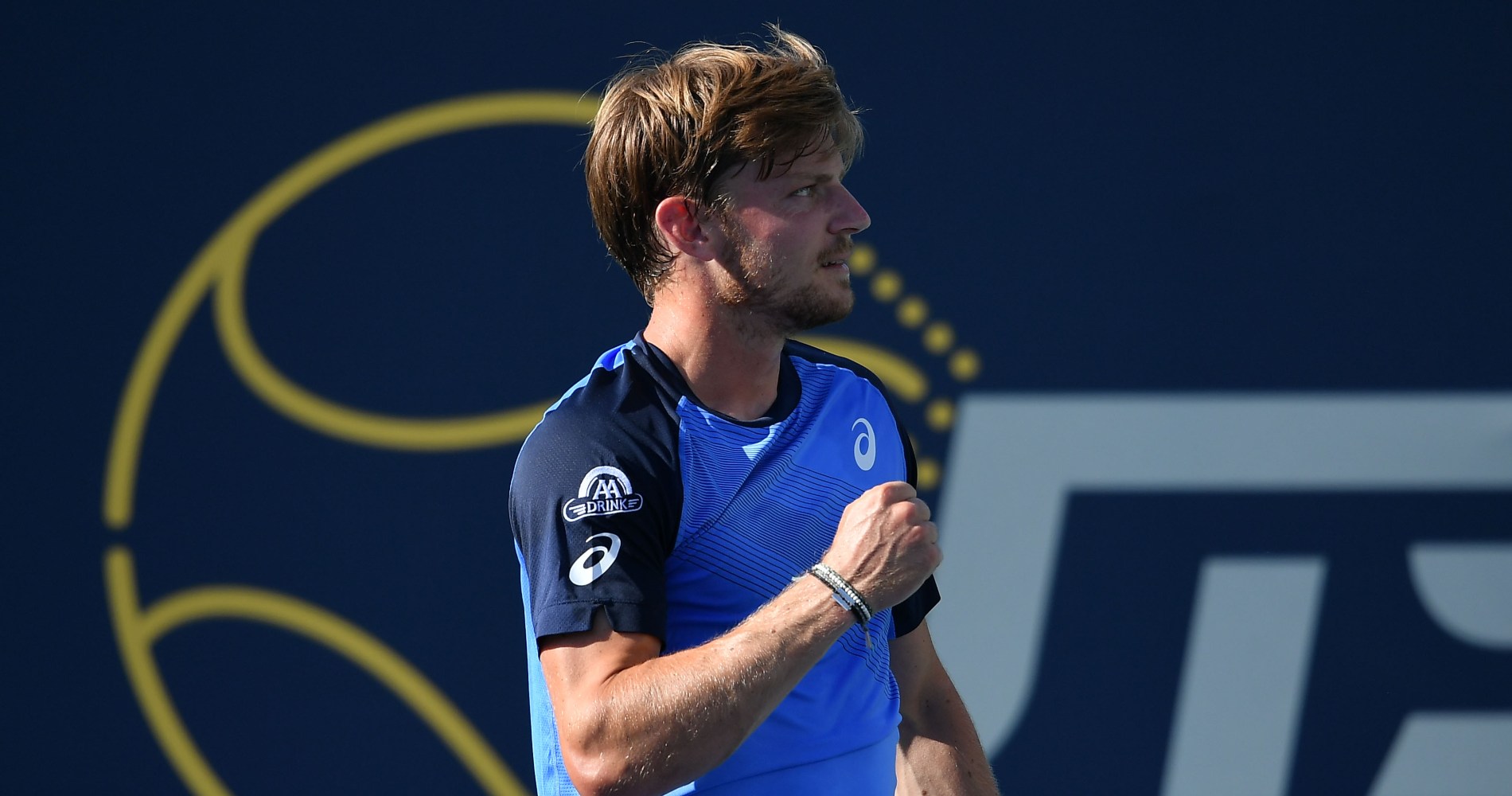 The competitors came into the match with quite different UTS records, Popyrin boasting two wins from two with Goffin losing his opening two matches from the first weekend of action.

With the afternoon temperatures on the French Riviera rising, the players will have been grateful for the quickfire format of four ten-minute quarters, albeit without the comfort of time between points and changeover rests, as with classic tennis.

Early on, it was Goffin who was living up to his nickname of The Wall, forcing The Sniper into using his first UTS card, “Steal Serve”, allowing him four consecutive service points. It played to his big serving advantage, as he dragged the deficit back to 7-9. But Goffin responded immediately with a perfect card of his own, a forehand winner giving him three points on his “Winners count x3” gambit.

Then, a first for the tournament, with Popyrin forcing Goffin to win a rally in three shots or less. And, although The Wall couldn’t achieve that particular ask, it was a totally dominant 20-9 quarter.

“It was a good one. A good start, a good first quarter,” said the modest Belgian. “I served solid towards the end and I used my cards not too early in the quarter and it paid off towards the end. I have a good return and I try to use it so if I have the opportunity for two points to attack his second serve, he will be under pressure,” he added, of his -1 serve card pick.

The Sniper needed to come out firing in the second, but the big shots just kept coming back as The Wall again proved impenetrable as Popyrin struggled for rhythm. And with an 8-4 advantage, Goffin went in for the kill, finding a clean volley winner to romp further ahead as the 10-minute clock started to run down.

Even a Popyrin “Steal Serve” card couldn’t do the trick, especially with Goffin seeing it like a football on return. It was another almost flawless quarter and one in which The Wall played his cards to absolute perfection, forcing his opponent into a one serve fault before banging down aces of his own en route to an even more comprehensive 21-6 quarter.

“I worked a lot on the serve this week and it’s much better today (Saturday), much better first serve, better winners, and the game is a little bit easier after a good serve, explained Goffin to the commentators. I try to hit a good first serve and try to be aggressive on the second shot and try to finish it as soon as I have an opportunity.”

Even at 2-0 down and being outplayed, the best of four 10-minute quarter format still gave hope to Popyrin, who could still win the match on sudden death if he took the next two quarters. The Sniper’s outlook after the second quarter was to go for broke, and finally he started finding some winners to edge ahead. And after winning both points against the Goffin “Winners count x3” card, Popyrin found himself level at 9-9 with just two minutes on the clock. But even with a late card up his sleeve, forcing Goffin to win a rally in three shots or less, it was something the Belgian managed, and he rounded out a competitive quarter, 13-11, and with it an unassailable lead.

“Firstly, I’m happy to win my first match of the competition,” said Goffin after the third quarter. “Last weekend was not a good one for my team and for me, but this one starts much better. But we can continue as every quarter is important. I will try to play some good tennis and try to win this one.”

As Goffin touched upon, because the UTS is a round-robin tournament played over five weekends, every quarter is important, as qualification to the knockout phases could come down to quarters won and lost. Similarly, for Popyrin, winning the final quarter may also be important to his tournament, which now stands at 2-1 in wins/losses.

Although Popyrin also proved more competitive in the final quarter, there was no stopping the World No 10 this Saturday and, whatever the format, few could have lived with the durable Belgian on this form.