A Tornado rolled into the south coast of France on Sunday as late call-up Corentin Moutet breezed past young friend and rival Alexei Popyrin to open his Ultimate Tennis Showdown account (14-8, 14-12, 17-14, 14-11). 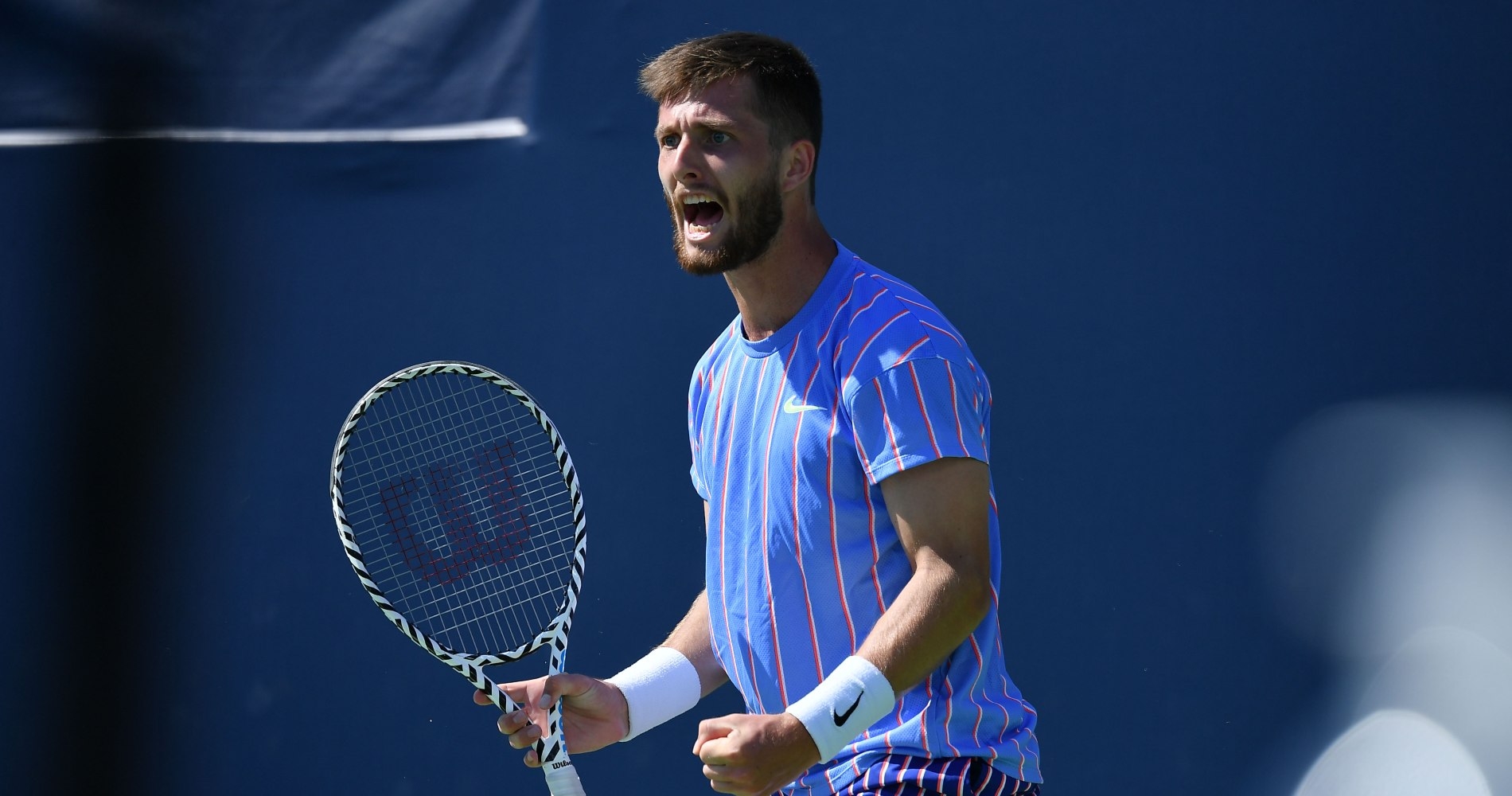 It was an intriguing ‘Next Gen’ match-up between the two youngest players in the field, and the pair had actually come face to face earlier in the year when the Frenchman triumphed en route to the Qatar Open final (6-2, 6-4).

But the Ultimate Tennis Showdown is a very different format, played over four 10-minute quarters and promoting quickness of play and quickness of thinking, with an onus also on tactics and when to utilise the vital ‘UTS cards’ that gives each player an advantage during each quarter – if played correctly!

"It's amazing to be here," says Corentin Moutet after clinching victory over Alexei Popyrin at #UTShowdown 😋 pic.twitter.com/m4Uuwy8d2s

Of those cards, ‘Winnersx3’ (meaning a winner counts for three points) and ‘Steal Serve’ (an extra two serves in addition to the usual two) have been the most popular amongst players this week and both Moutet and Popyrin again elected these attacking cards once more.

And it was Popyrin who was first to roll the dice, playing his Winnerx3 card at 4-8 behind in the opening quarter. Although he was unable to bag the maximum reward, two points dragged him back into the quarter, his opponent still with two cards up his sleeve.

With only two minutes remaining, Moutet deployed his Steal Serve, but threw in a double fault to give Popyrin hope. But with The Sniper repaying the compliment, Moutet was able to play his Winnerx3 card and run down the clock to take the opener 14-8.

“I’m really happy about my start, much better than yesterday (Saturday)”, said Moutet at the first change. “I was practicing yesterday with my serve, so I’m ready to do a big serve now and that’s why I took those cards. At the moment, I’m winning so I’m enjoying it.”

In contrast, is was a very unhappy Popyrin, who thought he called for his final card quicker than Moutet at the end of the set, only to be overruled by the match umpire. It only served to fire him up as The Sniper raced into a 6-1 lead before Moutet played his Winnerx3, throwing in a cheeky underarm serve to take the point, if not the winner.

If it's serving with a spoon you seek, @moutet99 is your guy at #UTShowdown pic.twitter.com/G4AMgq5BBO

After a rough finish to the first quarter, @AlexeiPopyrin99 is fuming! 😡

"And then doesn't let me call my card, it's a bunch of BS." #UTShowdown pic.twitter.com/YoNA4HBT9D

The Tornado breezes clear despite end of set controversy

Moutet had looked on top for a quarter and a half against his more experienced compatriot Benoit Paire on Saturday before the man dubbed The Rebel staged a brilliant comeback, so he would have been guarded against the same happening again, digging deep to draw level and put pressure on his opponent, who was blitzed 4-0 by an on-fire David Goffin.

It was a quarter that would go down to the wire, the players tied at 11-11 with a minute remaining. But it was Moutet who had a Steal Serve still to play, and it proved the difference, The Tornado employing his all-court repertoire to take a 2-0 advantage. As with Saturday, there was controversy, as Popyrin walked to the chair with Moutet still having time for a second serve, which he hit for an ace. But the umpire recalled the Australian, who promptly won the replayed point.

"Excuse me! You have to fix some rules!" 😋@moutet99 wins the quarter and gets a few jabs in at the umpire at #UTShowdown pic.twitter.com/GxSy7OYMhA

With a win/loss record of 2/1, there was still all for Popyrin to play for in this round robin tournament with points and quarter wins still at a premium. In the event of a 2-2 tie, the match would go to sudden death with the first player to win two consecutive points declared the winner.

But first, The Sniper needed to win the next two quarters. And Moutet was in no mood to surrender a lead on this occasion against an increasingly frustrated Australian, rubbing salt into the wound with a fabulous forehand pass for a Winnerx3 bonus.

Are we sure @moutet99 isn't from Florida?

Because he got low, low, low on that volley winner 🎤#UTShowdown pic.twitter.com/QH4J0x4S0d

“I am really, really happy. They called me up at the last moment (for Lucas Pouille) and for me it’s incredible to be on court, playing under the sun against a great guy and against a friend, so it’s amazing to be here,” said Moutet. “I have played him so many times that I knew he would go for the forehand. So, when I saw it, I knew I had to make it.”

Of course, there was still a quarter to play, but the wind was now well and truly out of Popyrin’s sails as he succumbed to his second 4-0 bagel in the space of as many days. Yet despite the dominant victory, Moutet stands at 1-3 having also inherited Pouille’s losses.