After a slow start, late arrival Dominic Thiem has adapted to UTS tennis quickly. The Austrian has now notched three impressive wins over fellow top ten players. Domi is virtually in a position to qualify for UTS Final Four. 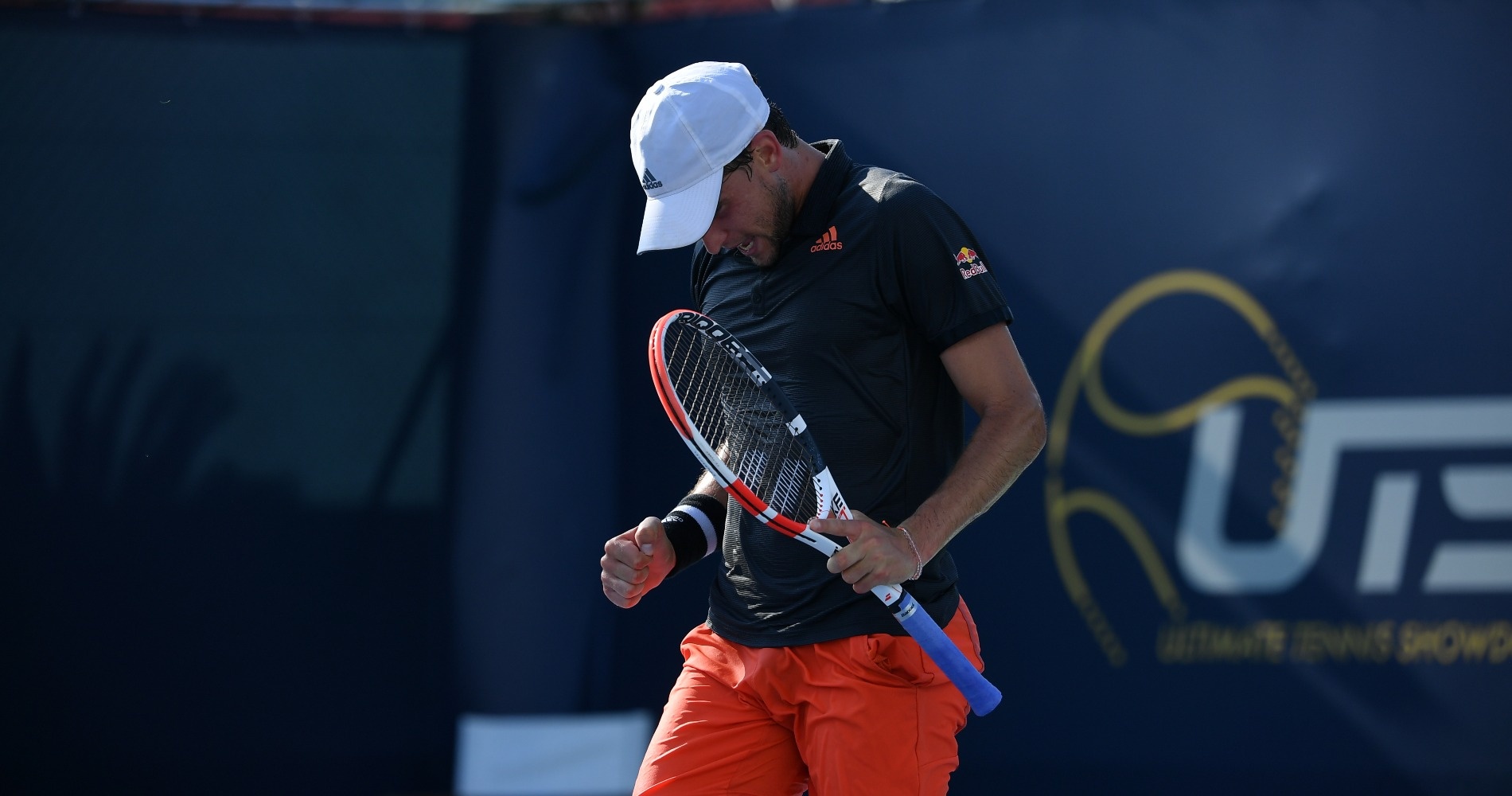 The World No 3, who only joined the competition on the second weekend, had a slow start in his opening match against an in-form Richard Gasquet. In his first hard court match in four months, coming from clay of the Adria Tour and the Pro Series in Austria, Thiem struggled to find his rhythm and made 22 unforced errors. He also had to adapt to a brand new format which Gasquet already mastered.

But right from the start of his second match against big rival Tsitsipas, Domi started to click on all cylinders. The Austrian had to face a very tough draw, playing all other top 10 UTS participants consecutively, but he has made the best of it. Thiem settled his baseline game and fired 16 winners against the Greek God, 11 against Goffin, and 19 against Berrettini.

His father and coach likes to call timeouts

Living up to his reputation, Thiem has been on the practice court a lot. On Saturday and Sunday, he trained for one hour and a half with a tremendous intensity in the late morning, when most of others UTS players barely train for 30 minutes right before their matches.

The Australian Open finalist has adjusted to the format very quickly. Even if Thiem has admitted to still struggling with the 15 seconds between points rule, a rule that doesn’t suit his game style, his father Wolfgang helps him cope with it. He is asking for frequent coaching timeouts to enable his son to take a breath in the middle of quarters, by contrast to most coaches who don’t use this option a lot.

Thiem is using the cards more and more efficiently as the competition continues. In his opening match against Gasquet, he somehow forgot to use it. He changed that later on. He always selects the “-1 serve” card, which he loves: “If the opponent has pressure, the chances are he misses that one serve”, he told the commentators.

Thiem is a master of deciding points

The “winners count three” UTS card has also been paying handsome dividends for Thiem as he can produce winners from everywhere, be that with his serve, his forehand or his backhand. Against Tsitsipas, he scored a three-pointer twice in Q2 and Q3. Against Berrettini, he even scored six points in two to turn around the second quarter, thanks to an ace and a forehand winner. “Down 2-8 in the second quarter, I knew in the back of my head that in this kind of format things can turn around very quickly, so that was amazing,” Thiem told the commentators.

The Austrian has proven extremely solid and a bit lucky in deciding moments. He has grabbed the fourth quarter at the deciding point against both Tsitsipas and Berrettini, escaping sudden-death.

Thiem is enjoying life in the South and France and he brilliantly refocused on tennis after a few emotional days when he learned about the Adria Tour wave of positive Covid-19 tests. Eight Covid-19 negative tests and three Top 10 wins, the balance is all good for Thiem recently. “I hope my tennis remains the only positive thing,” he smiled at the commentators during his match on Sunday.