Home » News » Final 4 match-ups reviewed: What happened, and why it could be different

Final 4 match-ups reviewed: What happened, and why it could be different

As the final day of UTS1 approaches, we take a closer look at the players involved and their history against each other. Which players can take their revenge and which will maintain their dominance/ 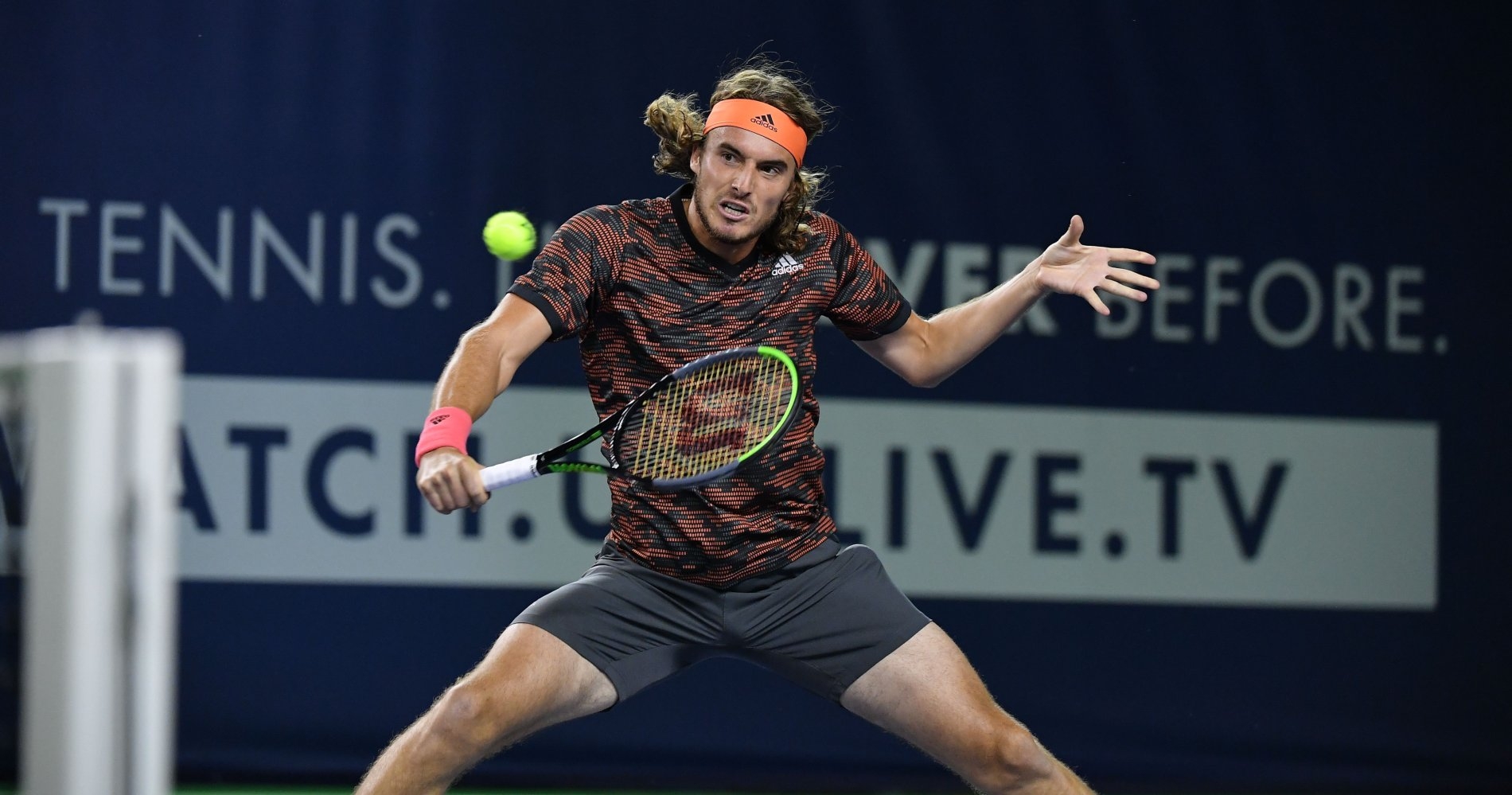 The Greek God Stefanos Tsitsipas vs The Hammer Matteo Berrettini

What happened: Just last week at UTS The Greek God was under early pressure from The Hammer, but found a way to eke out a trademark sudden death victory 11-16, 13-14, 14-13, 13-10, 2-0. It was more proof that Tsitsipas is indeed the king of clutch at UTS, as he improved to 2-0 (then 3-0 after his win over Moutet) when trailing two quarters to love. But the entertaining scrap between top 10 players was also a reminder that Berrettini has enough game to put Tsitsipas on the ropes.

Why it could be different this time: Berrettini prides himself on being a big-match player, just like Tsitsipas, and he’ll be eager to exact revenge on a fellow top 10 player when it counts most. The Italian didn’t get the win in their week 4 classic, but now he knows just how close he is. He’ll be sure to bring every ounce of energy in the name of knocking UTS alpha dog off his perch.

The Greek God is also the ruler of sudden death 👏

4-0 in sudden death ✅
3 comebacks from two quarters down ✅

The Greek God Stefanos Tsitsipas vs The Virtuoso Richard Gasquet

What happened: Way back in week 1, The Greek God edged Gasquet in a tense thriller,  17-12, 14-15, 15-12, 13-15, 5-3. It was a hard-fought contest that saw Tsitsipas save three match points and escape with the victory despite constant pressure from the Frenchman.

Why it could be different this time: Given how close their first contest was, surely Gasquet will take a lot of confidence into his next encounter with The Greek God. His tactics were solid. His game matched up. Now all the 34-year-old has to do is find a way to bear down and win the biggest points in the match. The Virtuoso had three match points against Tsitsipas, but couldn’t secure the victory. The good news is that Gasquet soldiered on and still qualified for the semi-finals. UTS provides the perfect format for the Frenchman to play at full intensity from start to finish; he did that consistently, and that’s why he made the Final 4. Here in the South of France Gasquet has proven a worthy title contender and as the finish line draws year he is in position to make a run.

King Richard, one-hand virtuoso 👑@richardgasquet1 has been making jaws drop with his backhand ever since @UTShowdown started.

Sit back and enjoy his greatest hits 📽️👇 pic.twitter.com/C200s6yH8E

The Hammer Matteo Berrettini vs The Wall David Goffin

What happened: In their first meeting the Italian hammered the Belgian, launching a barrage of winners to claim a 13-12, 20-8, 18-9, 11-12 victory over The Wall. It was a brutally efficient display by The Hammer, and Goffin was lost from the start.

Why it could be different this time: Let’s face it, Goffin didn’t really arrive at UTS until the second week. The Wall was a shadow of himself in week 1, where he struggled to come to grips with the format, didn’t have a clue about the cards, and wasn’t ready to share the court with the hard-hitting Berrettini. It showed on the scoreboard and in the tone of the tennis, as the Italian delivered 19 winners to just six for Goffin. But the Belgain has been the most improved player at UTS over the last three weeks and he will benefit from having had time to discuss tactics with his coach Thomas Johansson. Expect a new attitude, and a new game plan from the Belgian when he faces Berrettini next.

The Hammer Matteo Berrettini vs The Virtuoso Richard Gasquet

What happened: Brawn triumphed over the beautiful backhand of The Virtuoso as The Hammer swept the Frenchman 13-12, 21-11, 12-11, 16-14 in week 3. In a stunning contrast of styles, it was Berrettini who used his cards best and executed on the big points to prevail in a match in which three of the four quarters went down to the wire.

Why it could be different this time: Gasquet was swept by the Italian four quarters to love but in his head he knows that the match was a lot closer than it looked on the scoreboard; it could have gone either way. Now, with the finish line in sight The Virtuoso will fine-tune his tactics and try to tilt the court in his favour by serving to perfection and working over the Italian’s backhand. Gasquet will also benefit from the fact that Berrettini will be travelling from Austria, where he is playing the Thiem’s 7 event this week. Look for a physical encounter from Gasquet, who will want to take advantage of any lull in energy from Berrettini’s side of the court. 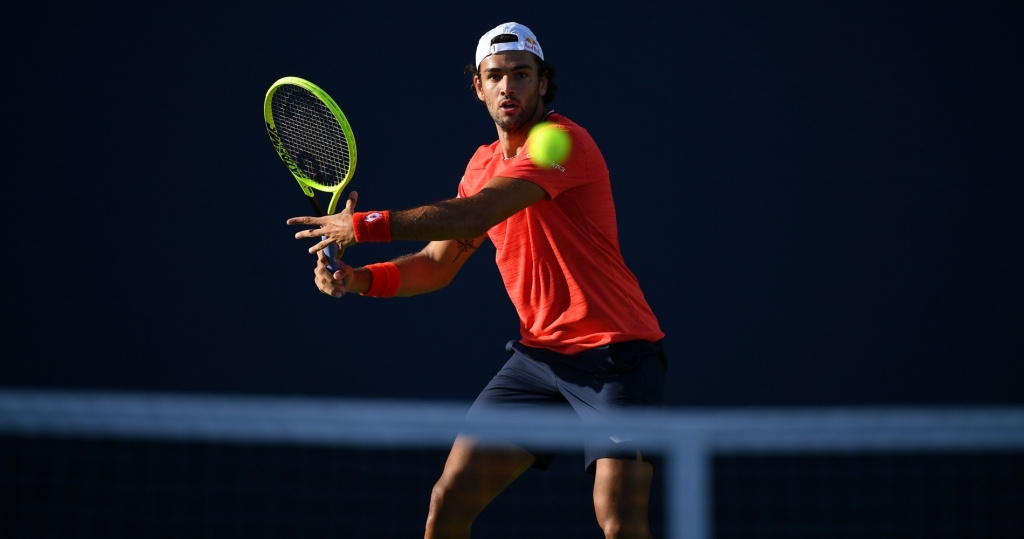 The Wall David Goffin vs The Virtuoso Richard Gasquet

What happened: Gasquet won the first two points of sudden death to claim a hard-fought 13-11, 12-14, 12-11, 10-15 victory over The Wall on the first weekend of UTS. It was a solid performance from Gasquet, but a less than stellar showing from Goffin as he was still trying to find his game.

Why it could be different this time: The Virtuoso got the better of Goffin when the pair met on the first Saturday of week one, but in reality the match could have gone either way. All four quarters were closely contested and it came down to the coin flip known as sudden death. It’s true that Gasquet has been one of the most impressive players at UTS, but The Wall has steadily improved with each week and he has finally started to gain comfort with the format. Against Gasquet in their first meeting he double-faulted on the deciding point of the third quarter and never recovered. The Belgian won’t be so generous if he faces The Virtuoso again.