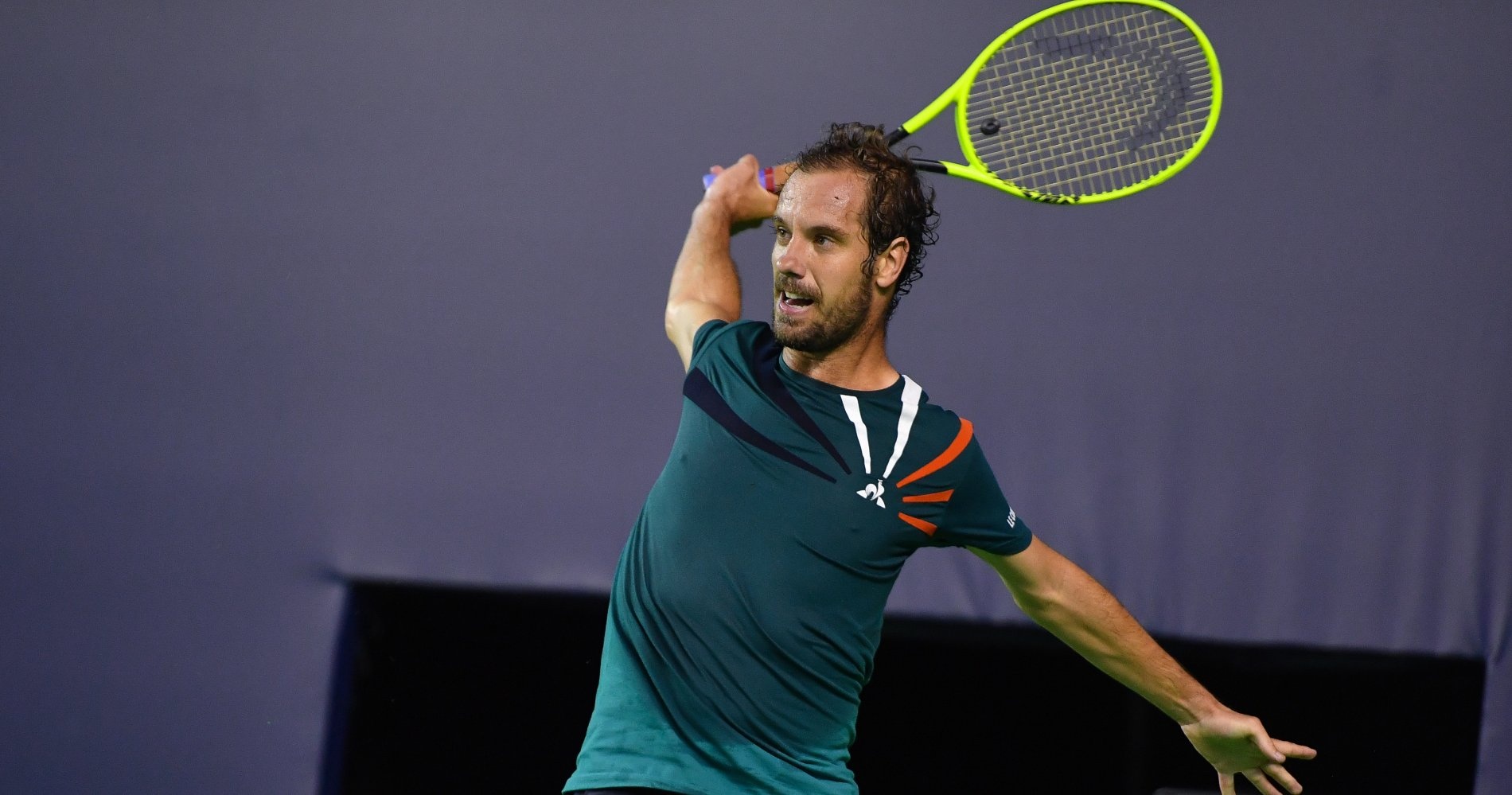 Despite Thiem coming into the tournament late after playing on Novak Djokovic’s Adria Tour in Belgrade, and with no prior practice of this radical new format of tennis, the Austrian World No 3 was quickly into his groove. But on this day, the man across the net was simply unstoppable.

It was certainly a match for the purists, the classical one-handers trading blows from the back of the court before The Virtuoso was first to play his UTS card of “Steal Serve” and “Winner x3” to good effect, opening up a five point advantage with a clean winner – perhaps prior experience coming into play.

With the clock running down, Thiem opted to restrict Gasquet to just one serve, but the gap was too big to pull back and The Virtuoso ran out a comfortable 16-10 winner.

“Yes very good start, it’s very intense against Dominic, he doesn’t miss so much, he’s playing powerful, so I had to be ready and really, I’m playing very, very well so it was a perfect tie for me,” said Gasquet after the first quarter. “It’s perfect (the format), especially when you play a guy like Dominic. I have nothing to lose, I try my best, I’m really happy to face him, so I’m enjoying it a lot.”

Gasquet was certainly playing like a tour veteran with nothing to lose and he took that momentum with him early into the second quarter, establishing an early 6-2 advantage with a classic rapier backhand up the line. It was a good time for Thiem to restrict his opponent to just the one serve for the next two points, and his UTS card paid off, before another classic Gasquet backhand redressed the balance.

Thing. Of. Beauty. 🙌@richardgasquet1 rifles the down the line backhand winner past Dominic Thiem at #UTShowdown pic.twitter.com/7UhWX6cxhM

It’s not that Thiem was playing badly in this quickfire format, but The Virtuoso was playing tennis befitting his nickname. And he had to. Almost every point was befitting of a tennis classic, and when Gasquet ripped a forehand winner on his Winnerx3 card for an 11-6 advantage, it left Thiem shaking his head in disbelief.

Gasquet : “It was the perfect match for me”

The clock running down, Thiem had to act fast, deploying a Winner x3 card of his own, finding an ace right on cue to set up a grandstand finale. A late coaching time-out, of which payers are allowed four, was not enough to save Domi, and it was Gasquet who took a dominant 2-0 lead.

“It’s a work in progress,” joked Gasquet of his two sensational backhand winners down the line. “I had confidence after the first set so I’m playing very good, maybe better than when I was in the top ten. I’m playing better today. I was 34 two days ago so I have not so many times left to play tennis, so I enjoy it.”

Enjoying it Gasquet may have been, but this was only the halfway stage of a UTS match, and against the World No 3. Could he keep it up? The answer, early in the third, appeared to be yes, The Virtuoso continuing to come forward and opening up a 6-2 advantage and employing his “Steal Serve” card to maintain his lead.

Yet this is a format where momentum can change very quickly and where every point matters. Thiem blazed some sensational winners of his own to get back within touch. Then a lifeline, Thiem finding a x3 point ace to get back within two points just when he needed it, and it looked to be going to the wire. But Gasquet was playing the tennis of the top 10 player he used to be; he rounded off the quarter, and the match, with a 16-12 win.

“I am happy, I saw it well, I didn’t make mistakes, my backhand worked well, I returned all the balls he served, so it was a great match,” he said afterwards. “I was solid from the start to the end, so it was the perfect match for me.”

Towards the end of the final quarter and at 10-9 Thiem, it was still anyone’s to win. But when Domi nailed a x3 Winner ace up the tee, it looked like the Austrian would finally get his name on the board. And so it transpired, a late Gasquet double fault helping seal the deal in Thiem’s favour, 17-14.

The result means that Gasquet now has two wins from his three matches and sits third in the table, ever closer to knock-out qualification. But for the late-arriving Thiem, it is a result that puts pressure on him before his most anticipated matchup versus Stefanos Tsitsipas during a night-session showdown on Sunday.

"Hi, my name is @richardgasquet1 and I'm here to teach a clinic."