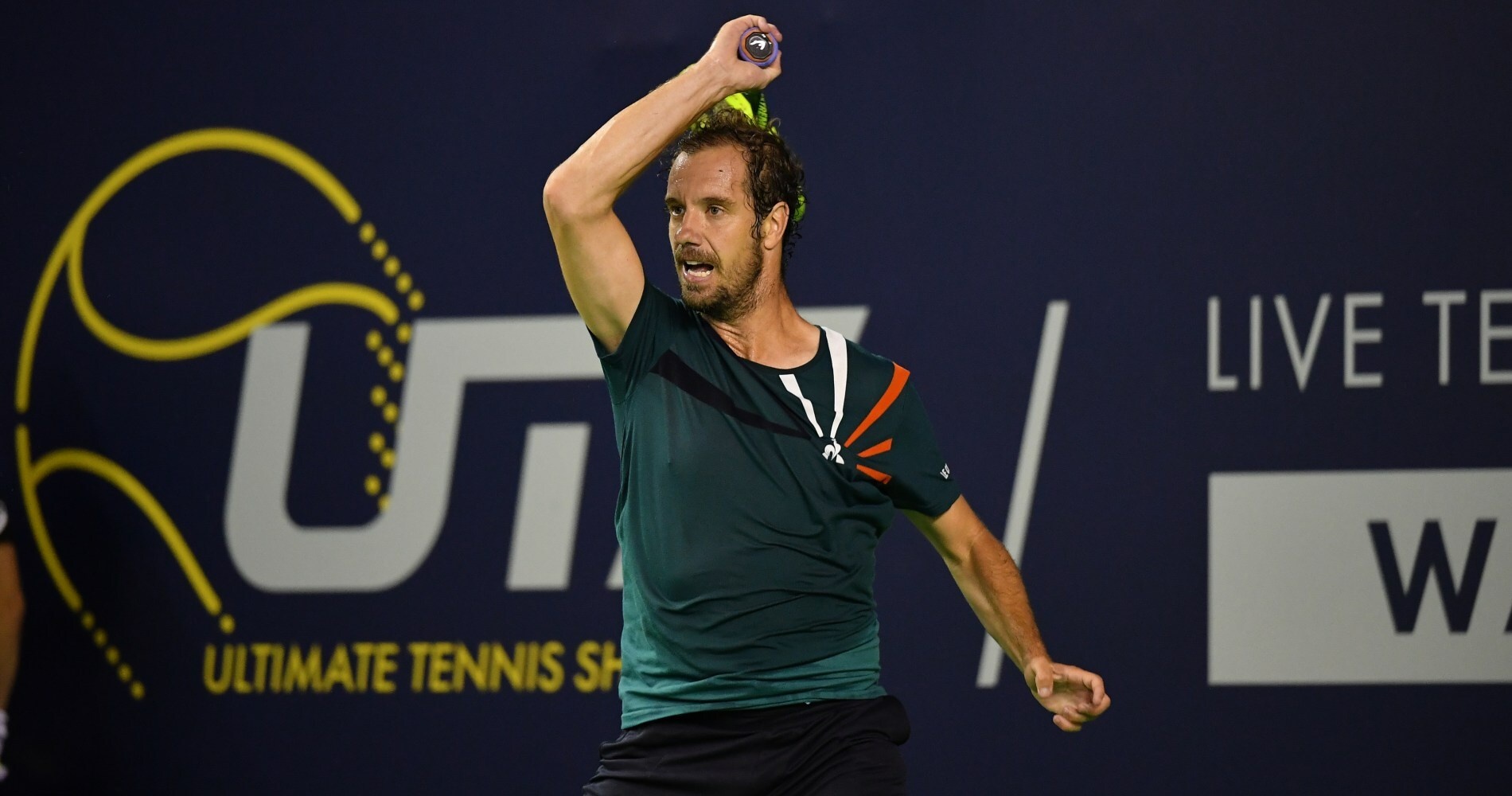 It is the end of a very entertaining night of tennis at the Mouratoglou Academy. Feliciano Lopez and Richard Gasquet have produced major upsets, defeating respectively the world No 8 and the world No 3.

See you tomorrow for more live tennis, like never before.

One week after being one point away from defeating the world No 6 Stefanos Tsitsipas, Richard Gasquet prevails against the world No 3 Dominic Thiem, after a majestic display.

THIEM WINS QUARTER 4, 17-14 – The world No 3 wins his first quarter in UTS. Gasquet played slightly less aggressive and Thiem made the most of it. Still, it is the Frenchman that prevails having won the first three quarters. What a performance from The Virtuoso.

16-14 THIEM – Gasquet has stolen Thiem’s serve and has the opportunity to come back to 15 all but he double-faults.

13-9 THIEM – Domi is serving a lot better than in the first three quarters and earns 3 points thanks to an ace.

9-7 THIEM – The Austrian hits a couple of big first serve and edges ahead.

6-4 GASQUET – Clean forehand winner from Gasquet. “Bravo”, says Thiem. Can the Frenchman goes for a four-quarter to love win?

4-4 – The rhythm has slowed in the beginning of this quarter.

“I did not go to bed too late, I did not drink too much”, jokes Gasquet to the commentators about his birthday celebrations.

QUARTER 3 AND MATCH, GASQUET! – Stunning stuff from The Virtuoso who earns his second UTS win, against the top-ranked player of the competition.

15-11 GASQUET – 17th unforced errors from Domi. That’s too much against the in-form Virtuoso.

11-7 GASQUET – No 3-pointer from the Frenchman but the Austrian can’t return his serves.

9-7 GASQUET – Brilliant response from Domi!! That is monstrous.

9-5 GASQUET – Thiem is furious about himself. he just missed a couple of returns.

6-2 GASQUET – The Frenchman wins 4 points in a row, with notably a great crosscourt backhand coming forward.

2-2 – Thiem fights back and takes both Gasquet’s point of serve. He is now the one dictating the pace.

2-0 GASQUET – Gasquet is one quarter away from a huge upset and he knows that. He is coming forward.

14-12 GASQUET – Both players play aggressive tennis and come to the net.

11-6 GASQUET – The Virtuoso makes the most of his “x3” card with an inside out forehand winner.

7-4 GASQUET – Another magnificent backhand down the line from Gasquet.

6-2 GASQUET – Amazing backhand winner down the line from the Frenchman!!

4-2 GASQUET – Gasquet is coming forward and it pays off! Great stuff from the world No 50.

2-2 – Dominic Thiem wins the point with a powerful forehand winner.

GASQUET TAKES THE 1st QUARTER 1, 15-10 – Amazing level of play from the Frenchman!

12-7 GASQUET – The Frenchman gives no change to the Austrian to hit a winner. He then takes the card and hits a winner coming forward.

4-3 GASQUET – Richard Gasquet is very strong from the baseline.

Last but not least on centre-court: the clash of backhands between Dominic Thiem and Richard Gasquet. The Frenchman has defeated the Austrian twice, in 2015 and 2017, both on hard courts, to one heavy defeat in late 2019.

Match 4: Feliciano Lopez “The Torero” vs Matteo Berrettini “The Hammer”

9-7 LOPEZ – Another brilliant serve and volley by Feliciano Lopez. Is that man 38?

4-2 LOPEZ – Beautiful backhand volley from the Spaniard. Feliciano Lopez has been on form tonight.

QUARTER 3 FINALLY GOES TO LOPEZ, SO HE WON THE MATCH – Fourth quarter will still be played for set-average purpose.

12-11 LOPEZ – Controversial scenes on centre court. Berrettini wanted to serve but Lopez took his time. The Italian is not happy at all and it is understandable. The rule says the returner must adapt to the server’s pace…

Berrettini steals @feliciano_lopez's serve to close the gap, but it's not enough to take the quarter.

The Torero secures the win 3-0.

10-10 – Berrettini is back thanks to powerful groundstrokes.

“When you serve, remember to take your time you have 15 secondes”, says Marc Lopez to Feli during a coaching time-out.

3-3 – Berrettini not living up his nickname on his serve. He doubles-fault.

1-0 BERRETTINI – What a rally to start the quarter. Berrettini wins it. “Qué buena”, says the Spaniard.

“I am not serving well, I am a little bit in a rush. I need to calm. I am also struggling to see at night”, says Berrettini at the changeover.

13-6 LOPEZ – Three points lost in a row on his own serve by “The Hammer” Berrettini. He does not find the rhythm.

10-6 LOPEZ – The Spaniard uses his “x3” card. he can’t deliver a winner but wins both points with great first serves. Solid stuff.

6-2 LOPEZ – 6 unforced errors for Berrettini to one to Lopez. The Spaniard is playing more consistent.

4-1 LOPEZ – Lopez is chipping away thanks to with sliced backhand Berrettini have a lot of trouble to cope with.

Electric from the start ⚡️

QUARTER 1 GOES TO THE SPANIARD, 14-12 – Brilliant from Lopez!! Wins it with a backhand volley. What a start from the 38 years old

11-11 – The Italian levels up the quarter with two big serves. Not cards lefts

11-9 LOPEZ – The Spaniard’s sliced backhand is putting Berrettini into a lot of trouble.

9-9 – Lopez very close from hinting a 3-pointer but he proves unlucky. He wins both points still and is back to deuce.

7-5 BERRETTINI – The world No 8 is gaining momentum and just hit a couple of passing shots winners.

0-0 – Feliciano Lopez, who is looking for his second UTS win, start serving.

Here we go for tonight’s session.

A thrilling night of tennis at Ultimate Tennis Showdown!

READ OUR PREVIEW: Thiem vs Gasquet, Lopez vs Berrettini & others: Preview of Day 3 clashes

Who will roar up the rankings? 🦁@ThiemDomi's debut against Gasquet headlines a fierce Day 3 at #UTShowdown.