Paire edges out call-up Moutet in gripping battle of France

Benoit Paire The Rebel saw off late call-up and compatriot Corentin Moutet The Tornado to secure his second victory of Ultimate Tennis Showdown, dubbed ‘Live Tennis Like Never Before’ (11-17, 17-12, 15-14, 14-13). 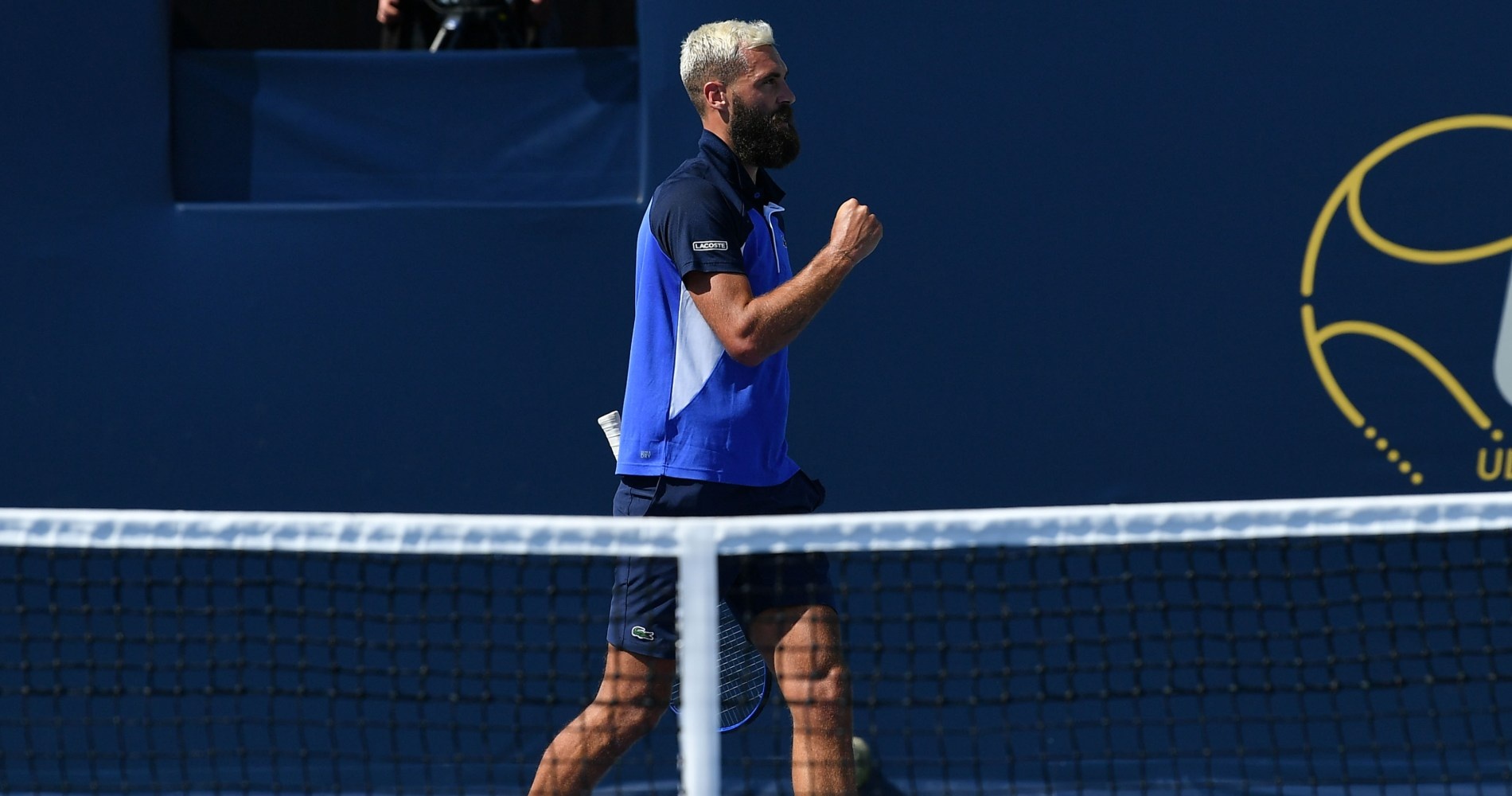 The exciting new Patrick Mouratoglou format is aimed at promoting quickness of play and quickness of thinking, with matches comprising of four 10-minute quarters and the added intrigue of UTS cards, which players may utilise in each quarter to give them a tactical advantage. The player with the most points at the end of each 10-minute quarter wins it.

Benoit Paire, The Rebel, also known as "The Thief" 😈@benoitpaire plays with the clock and steals the 4th quarter from @moutet99 to win the match.#UTShowdown pic.twitter.com/4aqiauFUvP

Corentin Moutet was a late stand-in for Lucas Pouille, who was forced to withdraw from the tournament with an elbow injury sustained last weekend. And it was the newcomer who was the first to play his “-1 serve” card to his advantage, restricting Paire to just one serve for the next two points. And it worked a treat, as Benoît Paire faulted on both occasions, giving Moutet a healthy 11-6 advantage.

With the clock running down, and Paire trailing, he had to deploy his “Winner count x3” card. But, going for too much on the second serve, another fault was the outcome. It’s another intriguing aspect of the new format. Go for too much under card pressure, and it could backfire! First quarter Moutet, 17-11.

“It was pretty good,” said Moutet of the quarter. “I was really tight at the beginning, so I’m really happy about this first one. Yesterday (Friday) I was practicing with the rules because it’s different, so I have to get used to it, but not too bad for the first one.”

Coaching time-outs are also allowed, and at 3-8 down, Moutet opted for a 30-second pep talk with the advice to keep up the energy and aggression. But despite deploying his “Winner count x3” card, it was Paire who forged further ahead before a lovely comedy moment – Paire calling for a coaching time out but asking for Moutet to talk to his coach! The advice, of course, to serve to Paire’s strength, the backhand.

Had the quarter been closer, such charity may not have been forthcoming, but as it was, The Rebel levelled things up with a comfortable 17-12 despite The Tornado rounding off one of the points of the tournament with an amazing ‘double tweener’ and drop shot finish.

Not one, but TWO tweeners from @moutet99 on this incredible point! #UTShowdown pic.twitter.com/2OjfvGI2GD

“He told him to serve to my backhand, which is my worst shot, as everybody knows,” joked Paire at the change. “I used the same cards because for my game I think it’s important to steal the serve because if I serve good, I think I can win four points easy and winners is my game. That’s why I use it every time.”

Another beauty of this new format is that it is the best of four quarters, meaning this was now going all the way to a decisive fourth, whoever won the next. With Paire 3-7 down in the third, it was the perfect time to play “Winner x3”. But The Rebel missed an easy put away with the court at his mercy and was then distraught at having what he thought an ace called wide. With his temperature rising, this time The Rebel wanted his coach’s advice for himself, and it paid off, Paire hauling back a five-point deficit to steal the quarter 15-14 on the last point.

“What a comeback! What a comeback!” screamed Paire, so Moutet could hear his opponent. “Mentally I was so good on this one and that’s the first time I will say this, so I’m very proud of myself. It was smart! I was very confident with my forehand on the last point. Usually it’s a little bit stressful, but it was good. If anything, the umpire is bad,” he joked.

Are you not entertained? 🤪@benoitpaire is shouting at the top of his lungs after that grand theft, "even if the umpire is bad." 🤣 pic.twitter.com/GkiLbskE3t

There was little to choose between the pair throughout, both leaving it late to play their cards at the end of the quarter. And it was Paire yet again who timed things to perfection, running down the clock and seeing out the quarter 14-13, making it two wins from three.