Benoit Paire fought back from losing the tightest of opening quarters in his Ultimate Tennis Showdown encounter against Dustin Brown. 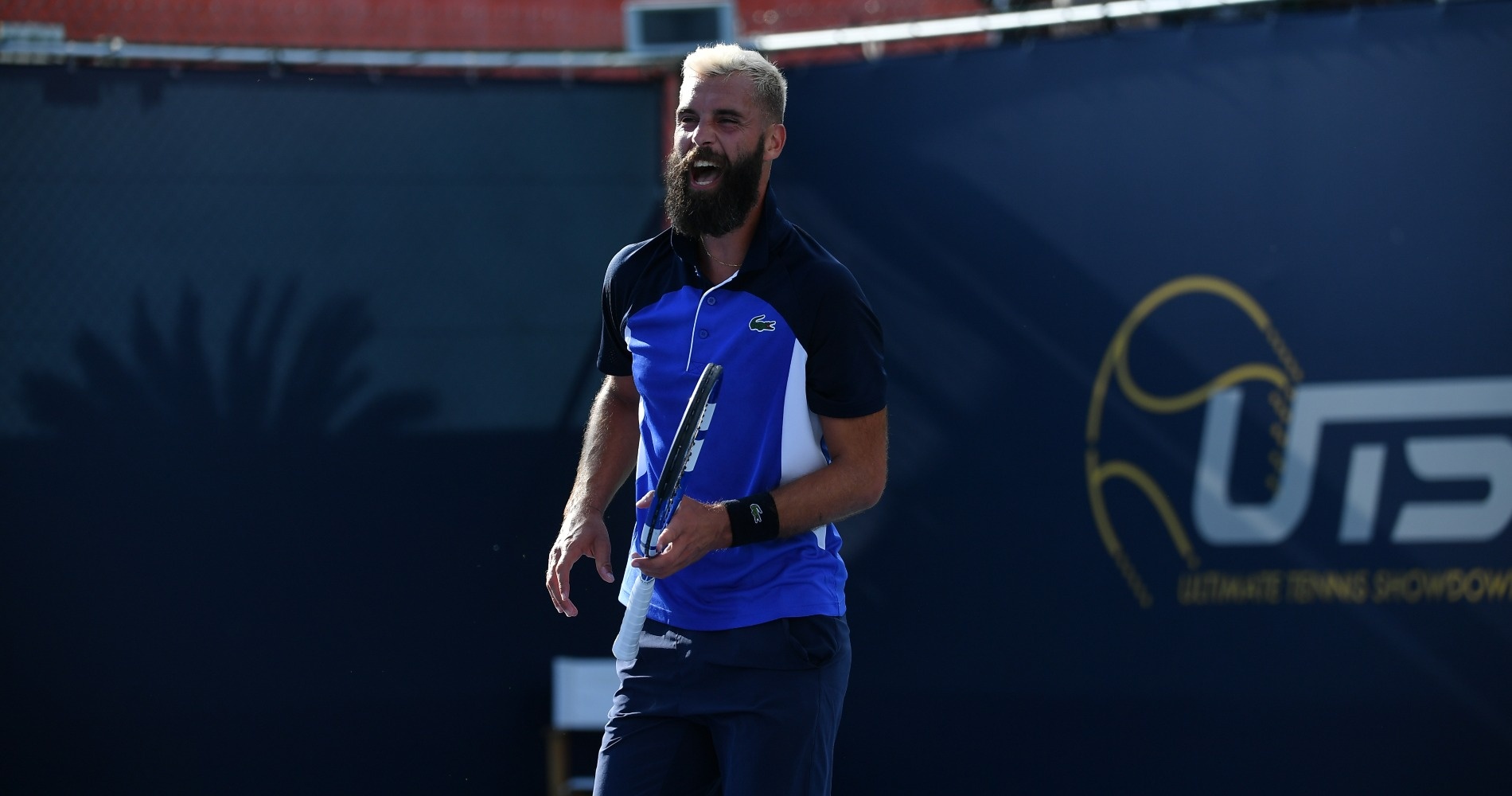 Paire, The Rebel, had lost his opening encounter 3-1 against Stefanos Tsitsipas, but reversed that scoreline as Brown suffered a second successive defeat after an entertaining encounter, Paire clinching victory 18-19, 17-14, 18-15, 21-12.

Unquestionably two of the most entertaining, flamboyant and unpredictable players on Tour, this was always going to be a feast for any tennis fan, especially with Patrick Mouratoglou’s new format aimed at encouraging quickness of play and quickness of thinking.

It was Paire who was first to throw the dice, deploying his “winner counts for three” card. No points for Paire, but Brown responded with one of his own, securing a maximum six points with an ace, followed by a sweet, drop volley to put him 10-4 up.

Even with the time clock allowing only 10 minutes per quarter, time always seems to fly when either of these entertainers take to the court. And with The Artist living up to his nickname with big groundstrokes and deft volleys, Paire’s coach called for an early timeout to try to figure a way of solving the Brown puzzle. 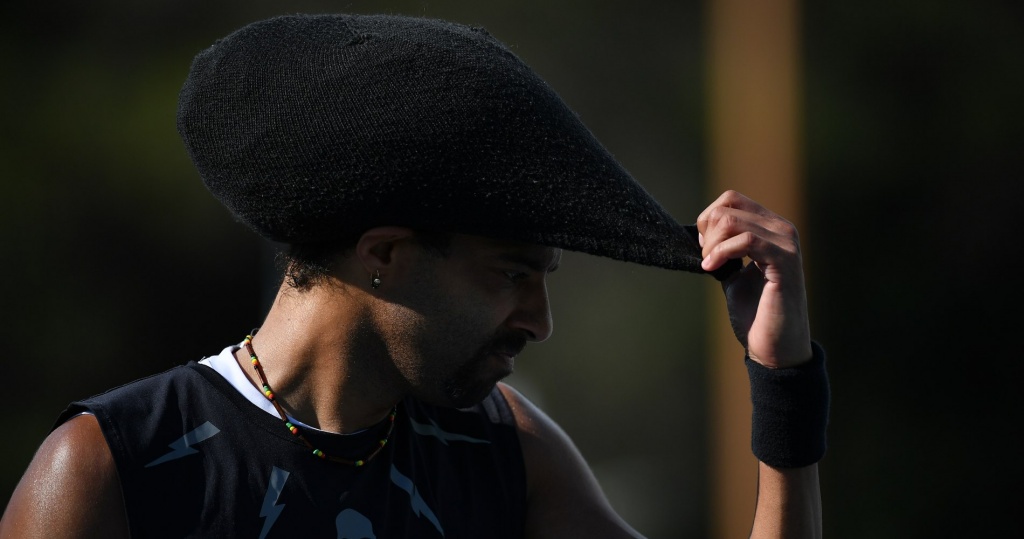 It seemed to do the trick, and in a format where momentum can shift so quickly, The Rebel deployed his “steal serve card”, allowing him two additional serves. From a position of comfort, Brown was now in trouble and followed with a serve steal of his own, rallying to 14-16.

Heading into the final minute, it was still anyone’s first quarter, and with Paire incredibly winning his last two serves in the final few seconds, it was 18-18 and a last-point decider, won by Brown with a timely big first serve.

“There was not much I could do. I remember I have to go by his time, I maybe could have done a little better on my serve there, at least make one of the points,” said Brown at the first change. “But I try to play aggressive, that’s my game, missed the balls trying to make one. At least they weren’t that far out and didn’t hit the fence!”

Paire plays his cards perfectly to rally back

If it was Brown who had the momentum in the opening quarter, Paire was the faster starter in the second, leading 15-7 despite neither player making the most of their UTS cards.

The momentum all with Paire, Brown’s called for a timeout, four of which are allowed during the match. The message was to put the ball in court and go forward, although not to the dangerous Paire backhand.

Following his coach’s orders, Brown reeled off five points in a row by coming forward, and, following the same pattern of the opening set it was one that went to the wire, this time Paire coming out on top by just three points as the clock ran down.

“Not excellent but I won the quarter,” said Paire. “I tried to improve physically because it’s not easy with Dustin. It was more rallies yesterday against Tsitsipas but today it’s more one shot or two shots. It’s never easy to play against him but I feel fresh today and practiced one hour before the match to be very focused on this one.”

The Ultimate Tennis Showdown is a best of four 10-minute quarters, so this classic of unusual styles was now going the distance. And at 8-8 in the third, it was still anybody’s guess as to who would triumph.

Having left a UTS card unplayed in the second quarter, Paire was again leaving it late in the third and a coaching timeout allowed him to ask when to use them. “Steal Serve” was the first of The Artist’s gambits and it worked, the Frenchman edging 14-12 ahead. And when a “points x3 winner” gained three more points, the clock wound down at the perfect time.

The Rebel finally scores his first three-pointer to run away with the 3rd quarter. #UTShowdown pic.twitter.com/fnFT9LbKBd

“Do you have a drink for me to celebrate?” asked Paire of his first three-pointer. “I am happy because I managed the cards very well. I had a problem with my racket at the beginning of the set but very happy.”

Momentum now with The Rebel early in the final quarter, the message was to use all the time available to serve to take time off the clock, with each player allowed 15 seconds to serve before risking a warning and a point penalty.

And with Brown missing a “winner counts x3” card, the match looked to be heading Paire’s way, ‘The Rebel’ blazing winners and aces and with cards in reserve. And a nine-point cushion was more than enough to see Paire notch his opening win with a minute to go and he even rubbed salt into the wound with a final three-point winner to round off a 21-12 final quarter. 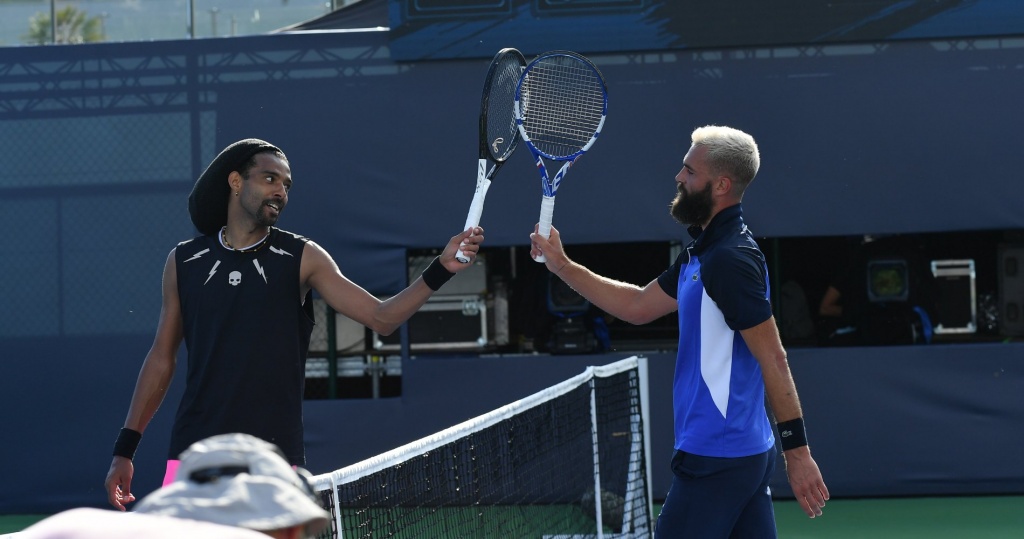