Home » News » Popyrin on the UTS: “To bring the younger fans in”

Popyrin on the UTS: “To bring the younger fans in”

Alexei Popyrin can’t wait to be part of the UTS and explains to us why he believes in the project. 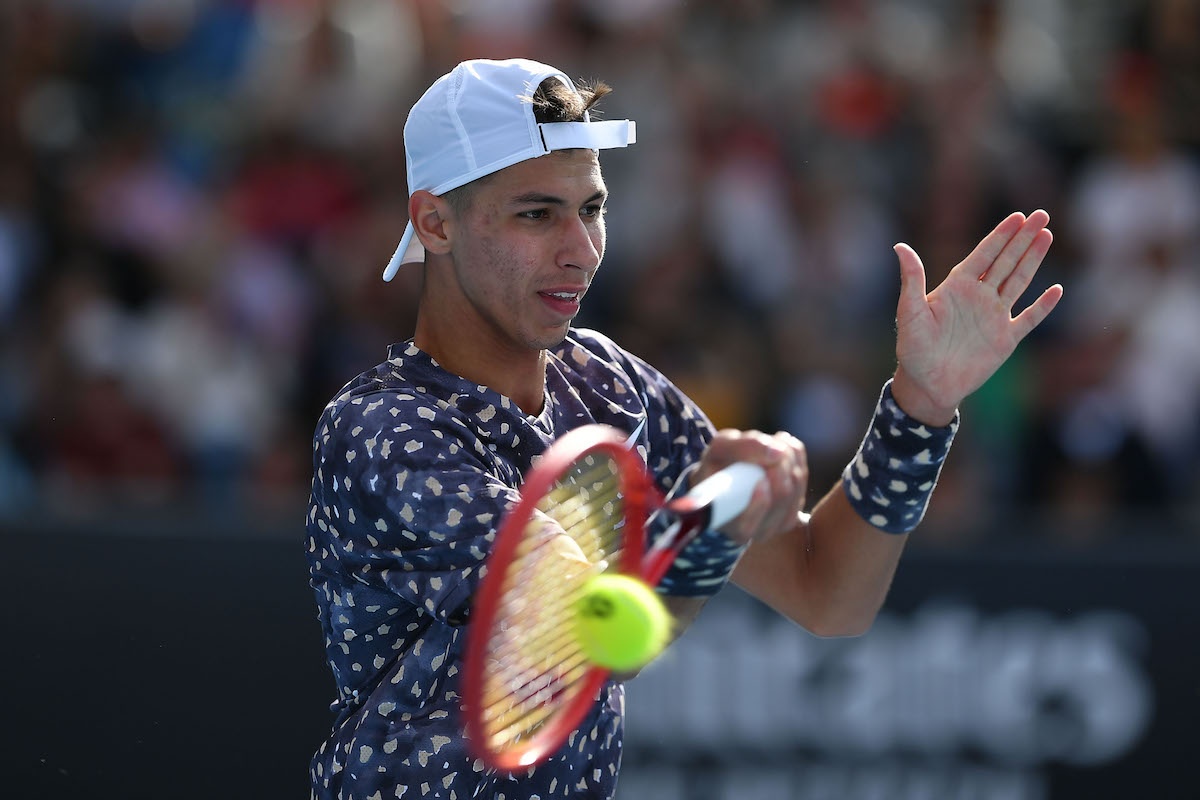 Alexei Popyrin believes in the UTS

Alexei Popyrin can’t wait to be a part of the UTS (read the concept here in our interview with Patrick Mouratoglou), also in order “to bring the younger fans in“. He is among the NextGen stars-to-be whose ambition has been stranded by the Covid19. The Australian (20yo, ranked 103) is currently at his training base in the South of France, at the Mouratoglou Academy, and is among the first players who have given their agreement to play the “Ultimate Tennis Showdown” league.

It’s now been a long time without playing tennis… Are you still finding ways to stay fit and ready to go when it’d be possible to play again?

Yes, it’s been quite a while! There’s a gym downstairs in my apartment complex so I’m going to the gym there, I run on the treadmill, I’m keeping fit and I’ll be fit for that new event, that’s for sure.

When you first heard about this new event, were you already excited at the idea of being able to play tennis in May?

Oh definitely! It’s been a while that anybody has been out this long from tennis. So just to hear that there’s an opportunity to play competitive matches against the top players. It’s really made me excited about it. I’m really ready to get out there and play if I get a chance.

It will be a new format, a new way of playing tennis: as you’re part of the younger generation of players, it might be talking to you more, no?

Yes definitely, but I also think it will talk to anyone. No matter what the format is, we’re professional so we love to play tennis, we love to play matches, we love to put on a show for fans. Whenever we have the opportunity, no matter which format it is, it’s always going to be something we’re looking forward to.

Popyrin : “Interaction with the fans is definitely a way to bring the younger fans in”

Bringing more entertainment in tennis: is it also something you can be looking forward to?

Totally. In tennis right now, the average viewer age is 60 years old, so it’s important for us, as the young generation, to bring in the younger fans and more entertainment. Interaction with the fans is definitely a way to bring the younger fans in.

Yes, it’s been very weird. I hadn’t had the best start to the season so it kind of gave me a chance to just pull back. But I haven’t been out of competitive tennis for this long since when I had an injury when I was 13 years old, so it’s definitely one of the weirdest experiences in my life. Hopefully, everybody can get back to competitive tennis soon. Definitely. If you look at any other top sport (football, basketball, NFL, etc), players in the hundreds in those sports is making a lot of money and a living for themselves whereas tennis players ranked probably 60 and below are not really making a living for themselves and are struggling to make it even with the cost of travel and having a team. It’s very important for tennis to start looking to get the lower-ranked players to be paid a little bit more because it’s tough.

When you heard about the UTS project, what made you feel you’d like to play in it?

Just the fact that there’s the interaction with the fans, that’s going to be really important. It’s a fun idea. You’re gonna feel the presence of the fans, be able to talk to them. It’s gonna be a new experience and it definitely caught my eye, and I’m just really looking forward to it.

And all of this while being extremely careful about your health I guess?

We won’t be playing if it’s not a safe environment, we know that. It’ll be all by the rules and it’s going to be great.

It’s a bit a home tournament for you actually!

Yes, definitely. I played my last four years on these courts, practicing every day. It’s going to be quite fun to play a tournament like the UTS on these courts.