Home » News » Race to the Final 4: David Goffin, the candidate on the rise

Race to the Final 4: David Goffin, the candidate on the rise

With two weekends left in the inaugural Ultimate Tennis Showdown, the race to the semi-finals is very much in flux. These four players – Feliciano Lopez, David Goffin, Alexei Popyrin and Corentin Moutet – all have a chance to shake up the status quo before its over. Second episode with The Wall. 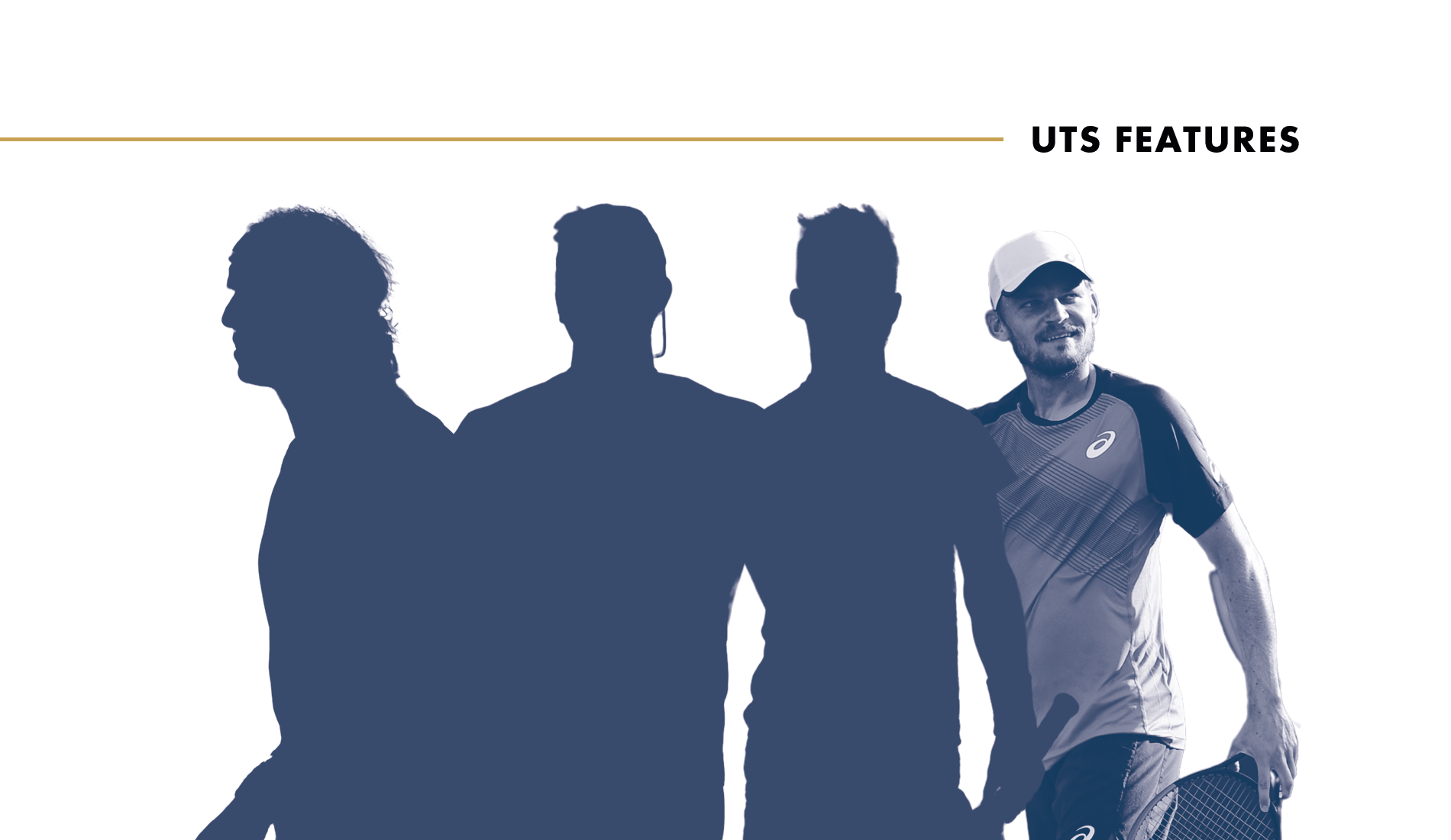 Considering his two troubling performances against Gasquet and Berrettini, plus the fact that the UTS format doesn’t really suit his game, we initially worried for David Goffin. But the Belgian adapted and recovered nicely. In contention behind Gasquet and Lopez, who will have to play against each other, his final match against Tsitsipas on the last day could well prove to be a quarter-final for him.

The Pros for Goffin

Goffin is slowly gaining momentum at UTS. After two losses to Gasquet and Berrettini, Goffin has fought back with three convincing wins over Popyrin, Lopez and Benchetrit. Although he lost to Dominic Thiem, he put up a good fight against the in-form Austrian. Somehow disturbed by a format that is advantageous to big servers over players like himself, the Belgian adapted well and turned his game into a more offensive entity. 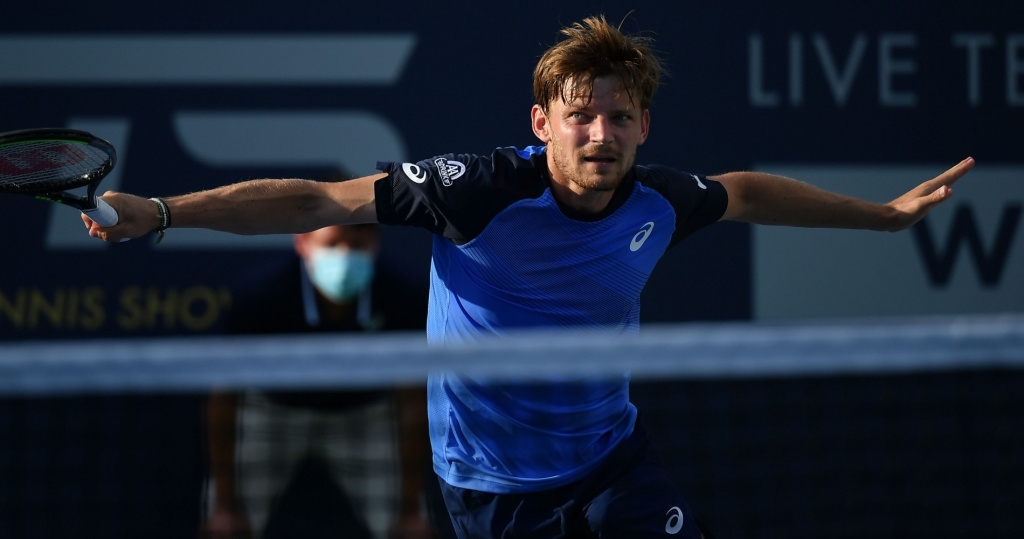 Gasquet, Berrettini & Thiem: Goffin has already faced three of the four big guys at UTS. Tsitsipas is missing, whom he will have the chance to play on the last day, when the Greek will probably already be qualified for the semi-finals. But it is not the Greek’s style to play a match at anything less than 100 percent.

Before that, Goffin will face Moutet and Paire next weekend. Two opponents much more within his reach, who The Wall could well frustrate with his consistency. Against the Belgian, Benchetrit made 25 unforced errors and Popyrin 19. Not a coincidence. Against such adversity, Moutet and Paire could unravel, given what they showed last weekend.

Another advantage linked to the calendar: Goffin will see two of his rivals whose heels he is nipping at clash on the eighth day, with differences in sets (14-12) and points (+24) in the Belgian’s favour.

The Cons for Goffin

Of the four candidates with a potential ticket to the last four, Goffin is the one who is the least successful with the cards, the novelty of the UTS which has proven to be of great importance to the outcome of the matches in the first three weeks. 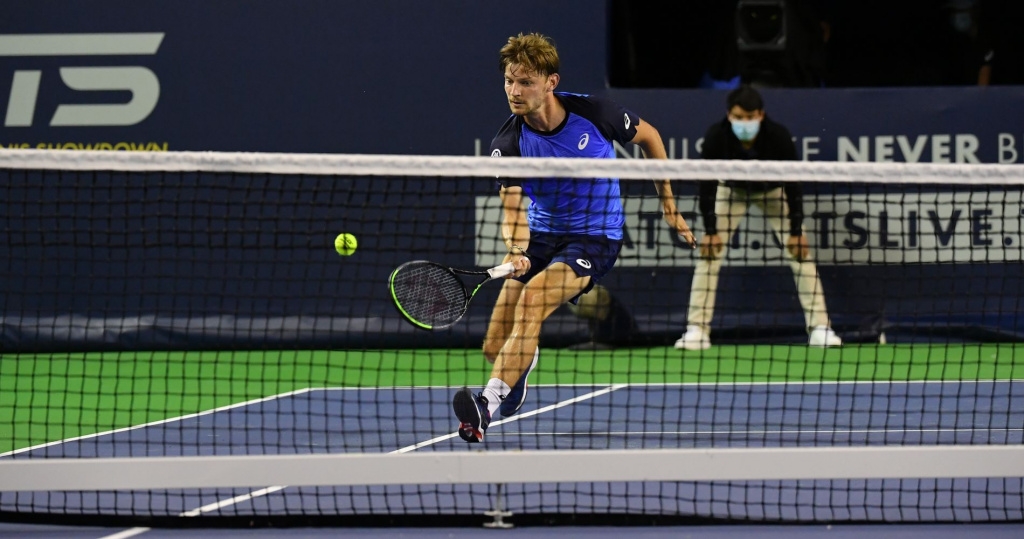 In particular, Goffin is the player who has had the least success with the “Winners count three” card. His game is not programmed to go for winning shots and he tends to force too much, eventually losing points that he could have won. He paid for some shaky streaks in his match against Gasquet and Berrettini, and for his many missed smashes against Thiem and Benchetrit. The “Steal Serve” card is also less effective for the Belgian than with other big servers. But he did make inroads with the card forcing the opponent to have only one serve against Benchetrit, and that seems like a good tactic to take going forward.

The format of Ultimate Tennis Showdown tends to favour the best servers, who regularly put pressure on their opponents by winning points on their service more quickly. It is also more difficult to come back, when time is running out at the end of the quarter, without a big serve to rely on. Goffin’s match against Thiem showed how difficult it is for players who like to build points from the baseline to have only 15 seconds of recovery between points.

Goffin has displayed notorious excitement at crunch time. Three times, he double-faulted on a decisive point at the buzzer:

Obviously this is problematic as total quarters won could count significantly in the final standings.

His unstoppable asset: Thomas Johansson, one of the most impactful coaches in coaching time-outs at UTS.

Percent chance of seeing The Wall in the semis: 43%