Richard Gasquet held his nerve under pressure at the end as he beat Feliciano Lopez in sudden death to seal his place in the Final 4 of UTS. 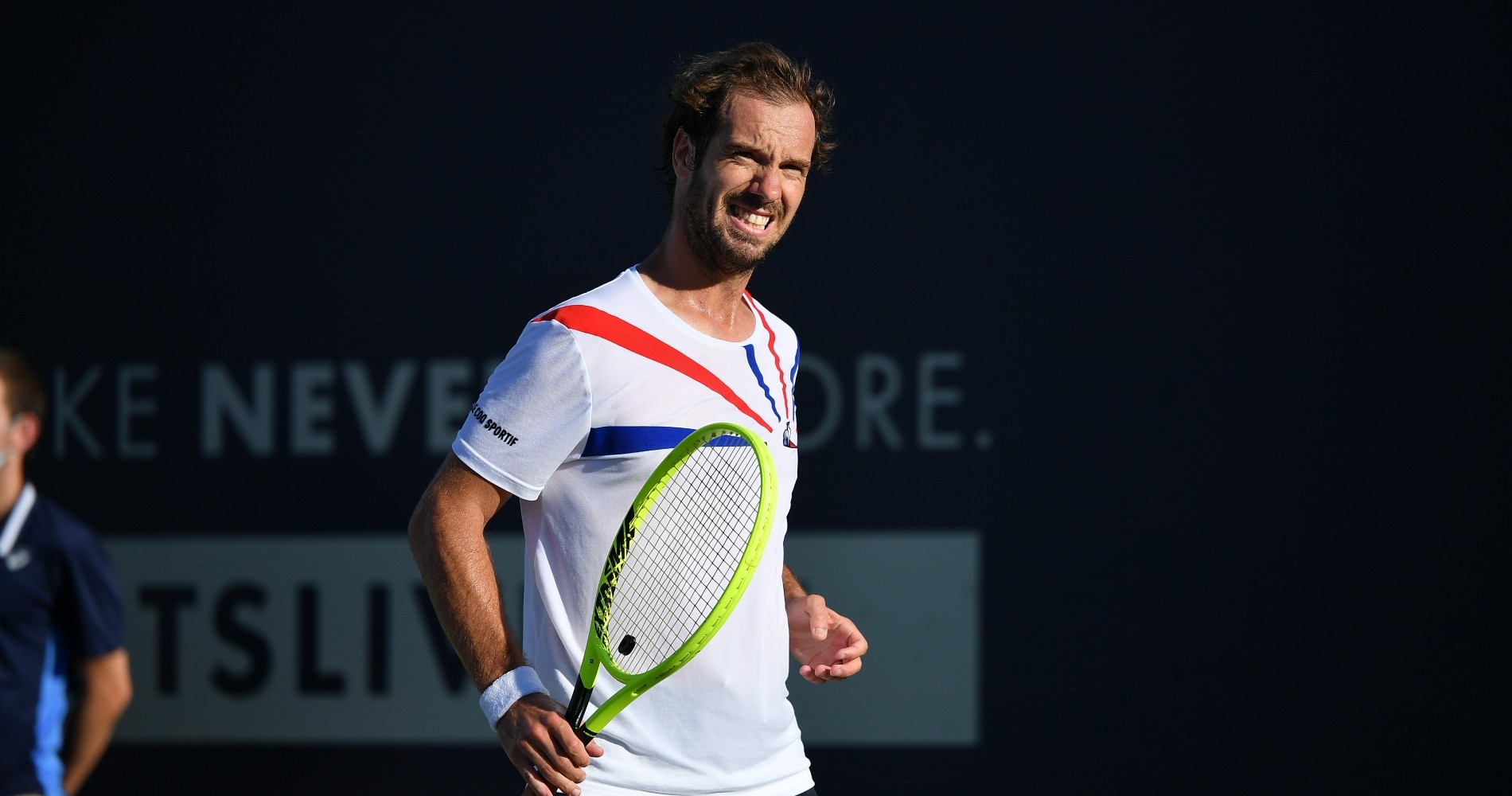 The Virtuoso will be back for an encore next Sunday 🎻#UTShowdown pic.twitter.com/3GrRn0akso

The 38-year-old Lopez fought brilliantly to force it into sudden death but Gasquet won the first point with a forehand pass down the line and then sealed the match with a brilliant ace down the middle.

“I was 7-1 up in the fourth quarter and lost it, so I was not happy,” Gasquet said. “But I managed to concentrate again and it was a dream to win it (the way he did).”

Lopez still has a tiny hope qualify for the Final 4, dropping to 3-5 after his fourth sudden-death loss and he must hate the sight of Gasquet, who has won seven of their eight Tour meetings .

The serving of Lopez has been a feature of UTS but it was the serve of Gasquet that proved the difference in the first quarter.
At 7-6, it was anyone’s quarter but Gasquet pulled out his winner x 3 card and duly hit back to back aces to take it away from Lopez.

It’s pay day 🤑@richardgasquet1 pulls off the double ace on his winner x3 card to take an early lead.#UTShowdown pic.twitter.com/BRittoYz5k

“There’s no way you can recover from that,” Lopez said of the six-point swing. “I had a good start, two-point lead, playing very good. That was like a death-sentence.”

But El Torero has shown his class throughout the UTS and the second quarter saw him hit back strongly, stealing the Gasquet serve at the right time and rallying from 8-7 down to lead 14-8 before easing through the last few points.

“He just played better than me in this one,” Gasquet said.

Lopez used his winner x 3 card to good effect in the third quarter as he recovered from 9-6 down to level. But Gasquet then won seven of the next eight points to move ahead again.

It looked as if Gasquet would run away with the fourth when he led 7-1 but Lopez found his serve when he needed it, picking up three points with an ace and winning the next four points. At 8-8, he hit back-to-back aces and a Gasquet double-fault – after a first serve he thought was an ace – saw the Frenchman to lose his rag.

Spanish Bomb 💣@feliciano_lopez climbs up from 1-7 down in the 4th quarter to stay alive in must-win match against @richardgasquet1.#UTShowdown pic.twitter.com/Bz0xbJPxB3

Lopez levelled the match as he took the quarter and after losing three sudden-death encounters, he must have hoped his luck would change. But tennis can be a cruel sport and Gasquet picked up the first two points of sudden death to end his chances of making the Final 4.

The Virtuoso @richardgasquet1 secures his spot for the #UTShowdown semi-finals.

He only needed 2 points to run away with the sudden death win against @feliciano_lopez. pic.twitter.com/camUnqvGiw