Richard Gasquet reached the semi-finals of the UTS, thanks to a level of play reminiscent of his best years. Shorter formats really help the 34-year-old Frenchman to compete with the top 10 players. He will be back for UTS2. 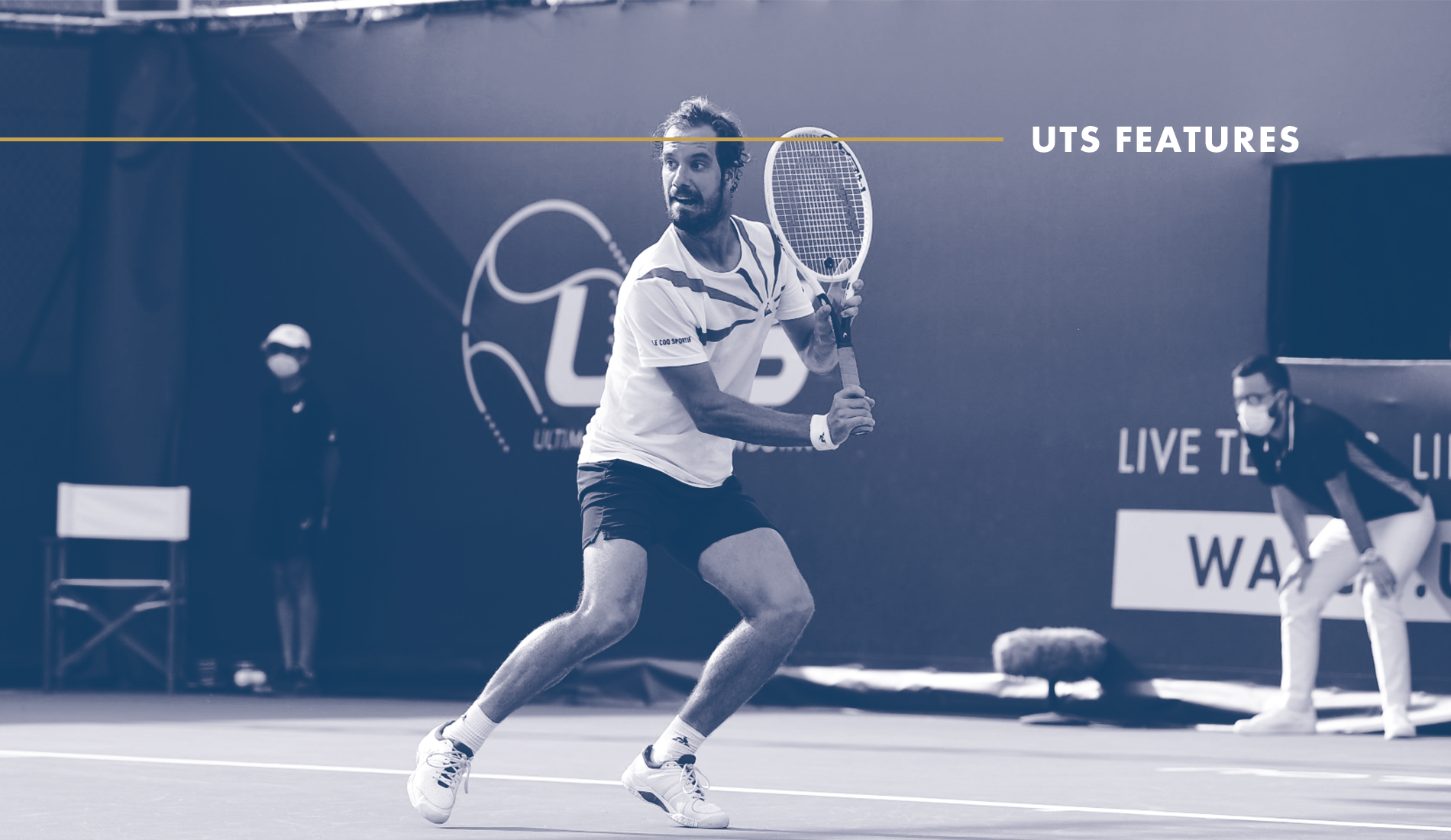 Richard Gasquet is more of an introvert. The guy next door. “I’m like everybody else”, he likes to repeat. So, during the last weekend of the Ultimate Tennis Showdown, he only allowed himself to a little smile when his “great friend” Benoît Paire let the compliments rain down on him. Always looking down to his racquets, the grips of which he always makes a point of doing during the changeover. Except that for the UTS, players have headphones and a mic set on their heads. It was this moment of communication with the broadcasters that Paire used to deliver Gasquet a message. “Look how great you’re playing, you don’t look like you’re 34! For the rest of the year, and the rest of your career, it’s not over, let me tell you!”

He still might win more titles. It’ll be difficult though. At 34, Gasquet is in the last stretch of his career. But through the UTS, he looked like he had rediscovered his best level. As if he was getting a second wind. Always and forever with his one-handed backhand, which worked its magic during his victory against the world No 3, Dominic Thiem (3-1). Gasquet will again be there for the second edition, which starts on Saturday and will be played on two weekends. On Saturday, “The Virtuoso” will battle against Grigor Dimitrov, ranked No 19 and on Sunday he will go against Alexei Popyrin, whom he beat during the first edition. Feliciano Lopez, another player he beat in UTS1, will be his last opponent.

The Frenchman reached the semi-finals of UTS1, losing against the eventual winner, Matteo Berrettini, in a thriller that ended at sudden death. Gasquet even had a match point but was in the end defeated by the Italian’s power.

The world No 50 admits that he will be “less efficient” in longer formats of play, especially when matches are played over best of five sets. But with the one-hour format of the UTS, he “can beat the best players in the world”. Playing toe to toe with the top 10 guys. “I’ve beaten the best ones like (David) Goffin and (Dominic) Thiem, I’ve pushed Tsitsipas and Berrettini to their maximum. That’s not too shabby”, Gasquet told Tennis Majors, before adding: “On the level of tennis, in best of three format, I know I’m able to beat anybody.”

Benoît Paire even admits that he “never saw him move that well“.”Usually, he’s always a bit chubby and when he stops playing for a long time he gains a bit of weight. But here he looks fit to me. He’s on Tour since he’s 15, has always played well so the sign of his level is his fitness. When he can go through matches, playing aggressive tennis, he’s at his best.” 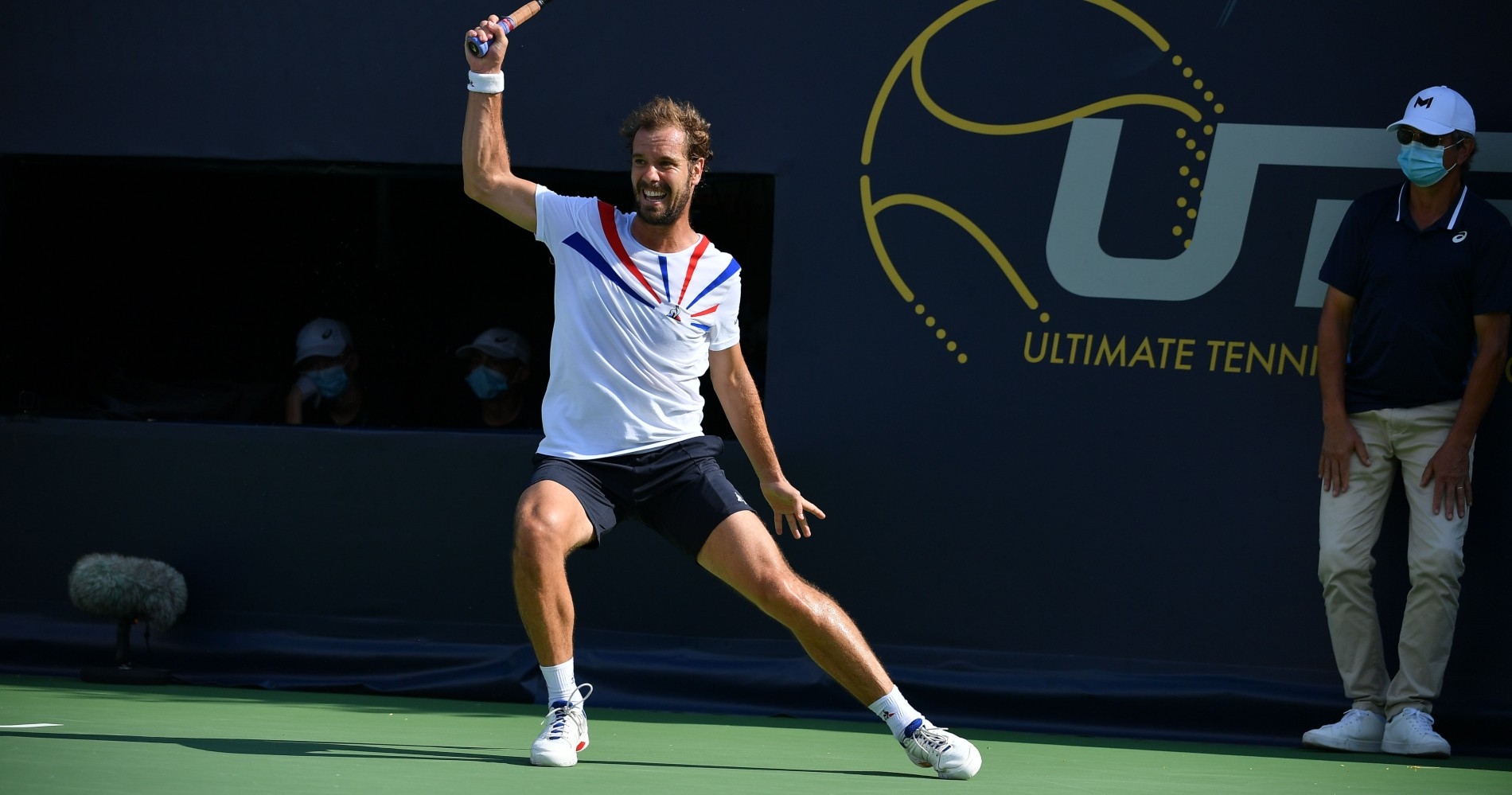 “The difference is that when I was in the Top 10, I was playing 80 matches per year, I was never stopping”, Gasquet said. “Physically, today, it’s not possible anymore to do the same. But on a few matches, I can still do wonders.”

Gasquet has learnt valuable things thanks to the UTS. His agent, Julien Cassaigne, who also coached him during the competition, feels that “the limit of 15 seconds to serve pushed him to play faster, to move forward and to hit harder.” The agent “liked the way it played on Gasquet’s game” and he’s “convinced that it could help him in the future.” He swears: “I’ll remind it to him!”