Home » News » UTS » Richard Gasquet: Why “The Virtuoso” is loving life at UTS1

Richard Gasquet: Why “The Virtuoso” is loving life at UTS1

After his two weekend victories, and an eye-popping display against world No 3 Dominic Thiem, Richard Gasquet took his place at the top of the UTS table. At 34, the Frenchman has perfectly mastered the rules of the tournament. 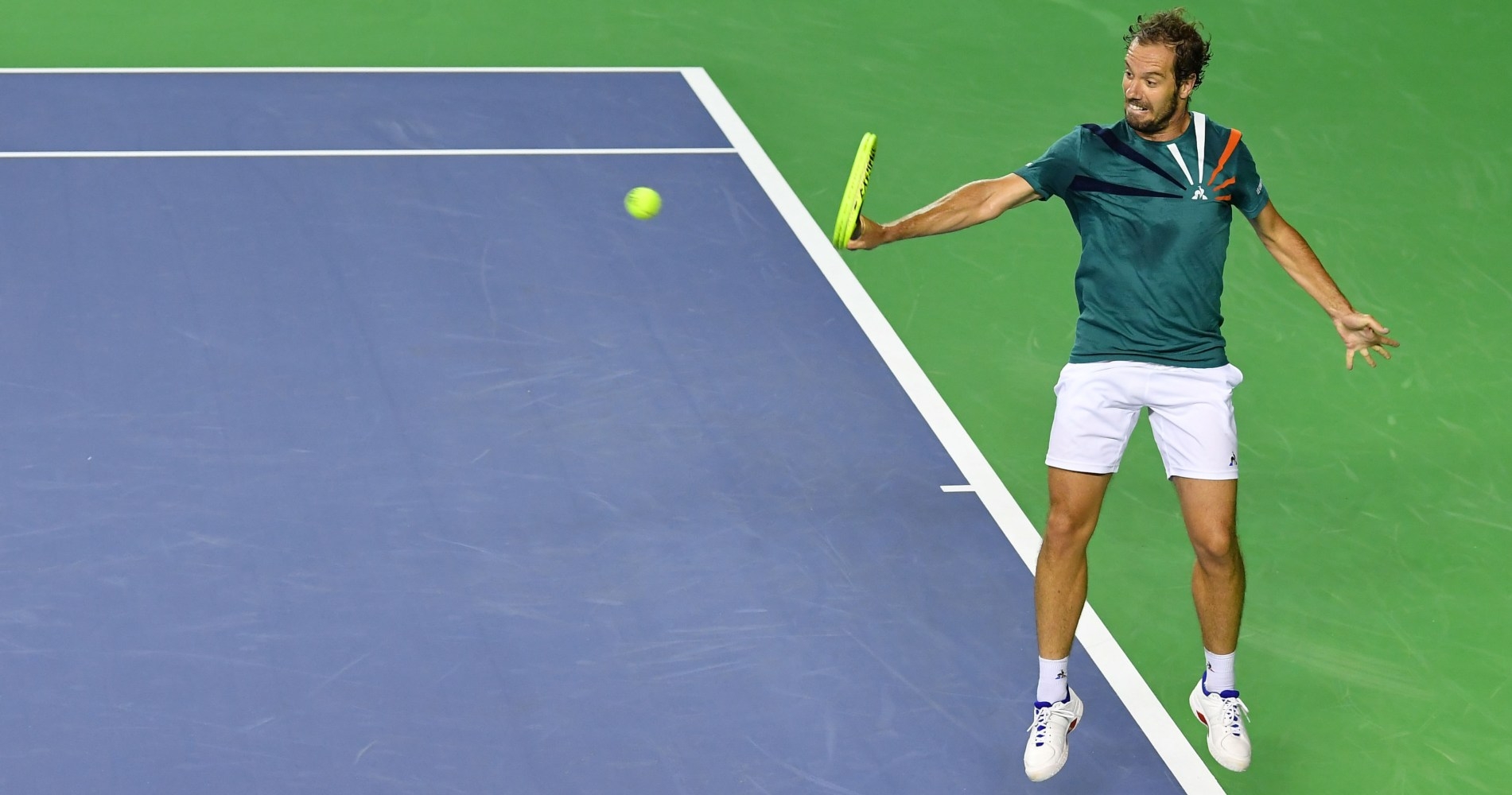 A delight for the eyes. With two scorching backhands leaving a dispirited Dominic Thiem flat in his tracks as the second quarter came to a close, Richard Gasquet confirmed that he felt right at home at Ultimate Tennis Showdown (UTS). Last Saturday, the Biterrois displayed every atom of his class to overcome the world number No 3 (3-1). Rushing the net, hitting smashes, popping aces: Gasquet was unplayable.

Same thing the next day. By handing Dustin Brown a tennis lesson (4-0), the 34-year-old captured his third victory in four matches. And the defeat of Stefanos Tsitsipas on Sunday by Thiem (3-1), even landed him a spot at the top of UTS table after four days. A perfect weekend for a “Virtuoso” on fire.

“I play like a member of the top 10!”, Gasquet, currently ranked No 50, permitted himself to say in response to commentators on the UTS streaming platform. He had just pocketed the second quarter of the match against Thiem. His place at the top of UTS rankings may surprise some, but rest assured it is testament to the current sparkling form that the Frenchman is carrying.

Gasquet has perfectly mastered the atypical and “innovative” (according to him), rules of UTS. Playing four 10-minute quarters allows him to be constantly energized and that short format has enabled him to wreak havoc on the fast court of the Mouratoglou Academy with his devastating one-hander over the last two weekends. 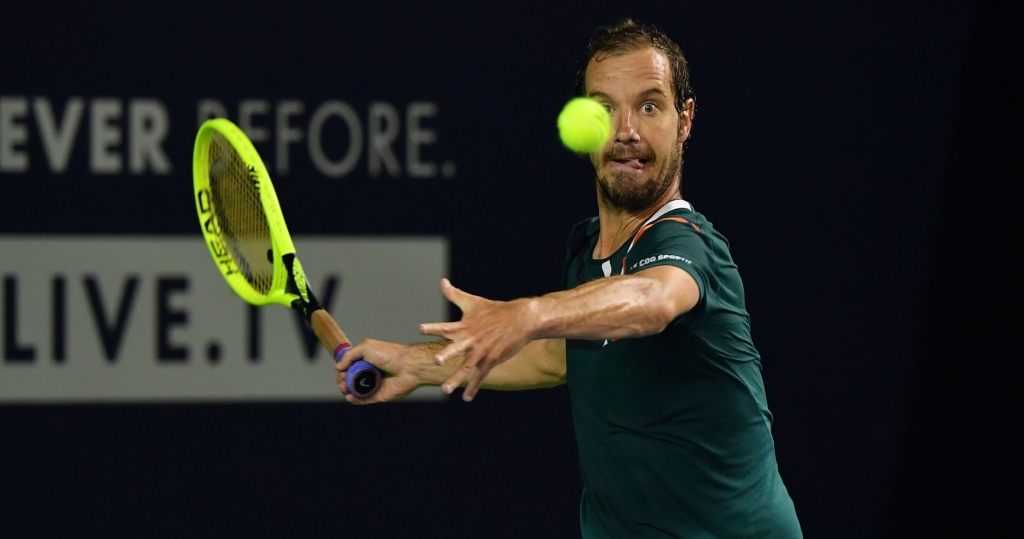 The more his career advances, the more this kind of surface suits him. His best result of 2019 was on hard: a Masters 1000 semi-final in Cincinnati, where he lost to David Goffin. Last year, Gasquet fell at the first hurdle at Wimbledon, on grass, and in the second round at Roland-Garros, on clay.

At 34, his game adapts better on a fast court.

In two weekends, the Frenchman also understood how to use UTS cards wisely, especially during his meeting with Thiem. The Virtuoso twice profited from his “Winners count 3” card during the first two quarters.

“This format is perfect for me,” he said, before ironically adding, “I’m better here than at ATP tournaments. I will stop ATP and only participate in UTS!”

“I can’t dream of a better place right now”

Gasquet’s coach Julien Cassaigne, who is present with him at the UTS, told us that Gasquet had “a little trouble in the first games” when it came to using the cards well.

“We talked about it. He also watched the other games and now knows when to use them at the best time.”

Gasquet overcame world No 10 Goffin in his first UTS match on June 14 (3-2). He then went toe-to-toe with “Greek God” Tsitsipas but bowed out in sudden death for his only loss of the tournament.

“I can’t dream of better than being here, there is no doubt,” Gasquet told Tennis Majors. “As soon as Patrick (Mouratoglou, the organiser of the UTS) contacted me, I didn’t hesitate a minute to come.” 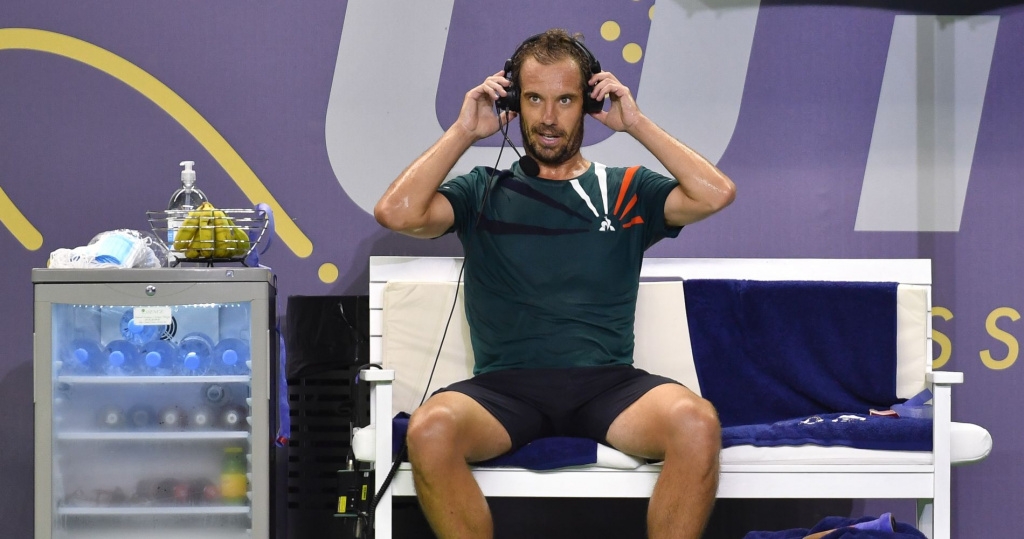 The Frenchman assures us that there are “things to take” from this format.

“It’s different from the ATP circuit, which is sometimes a bit monotonous. Being here is a breath of fresh air. It’s good that each point is important, with a card system where you have to think, and negotiate the turn of the match.”

Cassaigne affirms that “when Richard is in good shape, he can challenge the top 10 or top 20 players every week”. The coach said he “received a lot of messages saying that for a player who hadn’t played for months, he seemed to be ready. “

"At 5 or 6 I was already playing with that one-handed backhand. It's a really natural shot."

Spend three minutes getting to know "The Virtuoso" @richardgasquet1 🎥 👇 https://t.co/eFTtfQwRZG

That’s attributable to the fact that the UTS competition format is “perfect”, according to Gasquet, for a recovery after more than two months without competitive tennis.

“It would be reckless to start again with matches in best-of-three sets,” he said.

On Saturday, a duel against Matteo Berrettini, the world No 8, awaits Gasquet. It will be a heavily anticipated battle between the top two in the UTS1 standings, and the last member of the top 10 Gasquet will have to face during the championship phase at the Mouratoglou Academy, before possible reunions in the Final Four. Gasquet and Berrettini already faced each other a year ago, in the first round of the US Open. Gasquet fell in four sets, but in a preferred format, which invigorates him, the Biterrois is ready to take his revenge.