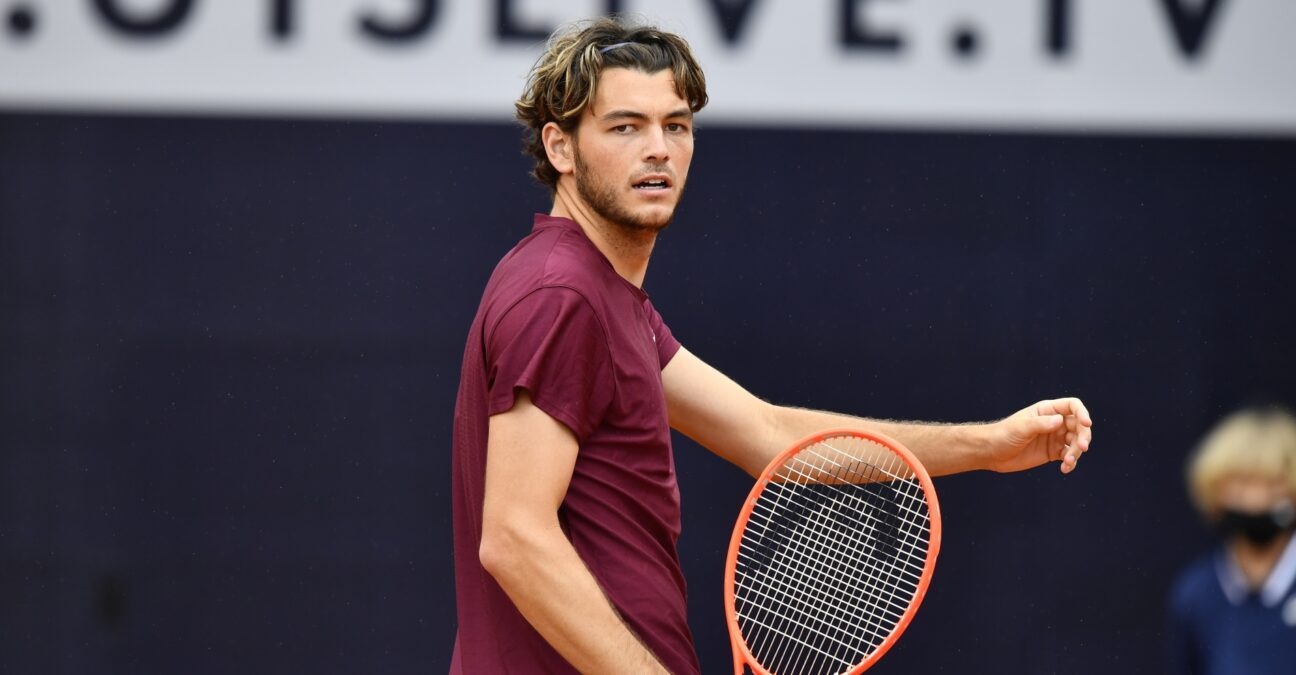 American Taylor Fritz needed four quarters to defeat world No 2 Daniil Medvedev at the UTS4 on Tuesday and advance to the semi-finals of the event taking place at the Mouratoglou Tennis Academy in the south of France.

The San Diego native will face the winner of the match between Diego Schwartzman and Christian Garin, which is the last Group match at UTS 4 while the semi-finals will take place later on Tuesday as well.

Medvedev, whose clay-court struggles have been self-admitted and well-documented, got off to the better start winning the first quarter 19-14.  The Russian also managed his UTS cards better, winning his two points on “Next Points Double Count” during this quarter.

During one of his on-court interviews in-between quarters, Medvedev reiterated his dislike for the red dirt, and even responded that he might consider skipping the clay -court season next year in his frustration.

The Russian appeared to lose his focus in the fourth quarter and went down 9-19 to give Fritz the win three-quarters to one.

Despite the loss, Medvedev did come up with one of the highlight shots of the week, with an incredible backhand that went around the net.

Medvedev will be hooping to find some of his winning edge on clay next week as Roland-Garros begins. The Russian has never won a match at the Paris Grand Slam.