Patrick Mouratoglou Academy player Alexei Popyrin notched up his second win of the Ultimate Tennis Showdown by edging out veteran Feliciano Lopez in one of the matches of the tournament so far. 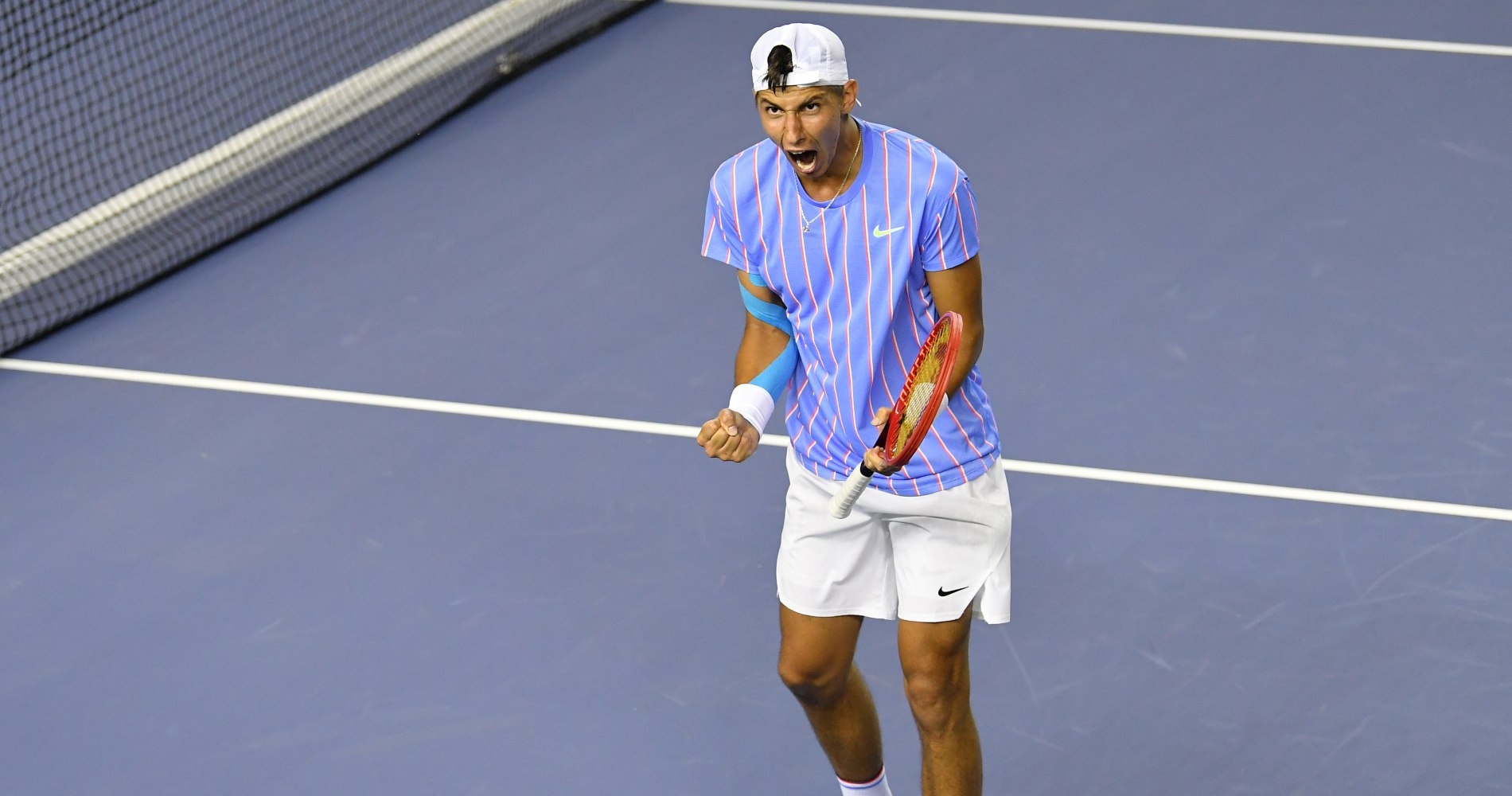 The match was a classic contrast of styles from start to finish and it could have gone either way but it was the young Australian who eventually came out the victor, winning three quarters to one, 13-11, 14-17, 14-13, 15-12.

"I spent the last month after lockdown training so hard and I think it's paying off right now."

The Sniper @AlexeiPopyrin99 is pleased with his game and ready for more wins at @UTShowdown pic.twitter.com/NhEqUXUEIt

It was an intriguing match-up, pitching one of the oldest players on the singles Tour in Lopez, at 38, against up and coming Aussie Popyrin, 18 years his junior. And it was also a contrast in styles, Lopez the wily serve and volley campaigner against the fearless hitting of his young opponent.

In the exciting and revolutionary UTS format branded ‘Live Tennis Like Never Before’, each player can choose between four different ‘UTS cards’ before the match, each giving a specific advantage, if used correctly, in each quarter. And after a cagey opening that saw the first 12 points go with serve, Popyrin chose to limit Lopez to only one serve for his next two points.

Another useful card is ‘steal serve’, both players having it up their sleeve to use in each quarter of 10 minutes. At 8-8, neither player had established an advantage, despite the use of their cards, until The Sniper found an extra gear with a lovely backhand winner and drop volley that The Torero would have been proud of.

Into the final minute of the opening 10-minute quarter, Lopez opted for his other card, meaning any clean winner would give him three points. It was the right card to use being behind, but having levelled at 11-11, Popyrin won the next two points, the last on an ace, to take the opening set.

“Serves are going to be very important in this match, we both have big first serves, and whoever can capitalise on that will probably win the match,” said Popyrin after the first changeover.

The Torero fights back with perfect six-point card

Players are also allowed four coaching timeouts per set and Lopez was the first to ask for advice at the start of the second, the answer being to play more aggressive. But with bullets from the other end still coming at him, mixed with some deft touches, it was The Sniper who had the better of the early exchanges in the second quarter.

Back came Lopez, playing the ‘steal serve’ card to good effect, before winning a superb point with a backhand smash and stop volley. At 6-8, it was Popyrin’s turn for a bit of coaching advice – use the body serve, get into the point. It worked, The Sniper reeling off three points before the UTS format worked to Lopez’s advantage in spectacular fashion, the Torero from Toledo hitting two straight aces with his winners count x3 card bagging him a six-point advantage with two minutes remaining.

But @feliciano_lopez triples the fun here with a handy UTS card 💥 pic.twitter.com/m73JgLVNt2

It proved decisive, no way back for the young Aussie as Lopez wound down the clock for a 17-14 quarter win.

“As you can imagine, it feels great,” said Lopez about his six-point card play. “That saved my life, honestly, in that quarter. I was struggling to return his serve, he was really solid on his serve so those two aces literally saved my life.”

That is how you beat the ⏱️@AlexeiPopyrin99 gets his serve off with seconds to spare and claims the quarter by the thinnest of margins against Feliciano Lopez. #UTS pic.twitter.com/A0ZTs4I9Z4

Finding himself two points behind early on in the third quarter, ‘Steal Serve’ was the first of Lopez’s go-to cards, pulling him back level. But it was Popyrin who suddenly found another gear, building a four-point lead before deploying his ‘Steal Serve’, giving him an extra two at his opponent.

This time, Lopez couldn’t convert on his winners count x3 card but the Spaniard reeled off three points to level at 13-13 with the clock before a sensational finish saw The Sniper get a serve in with two seconds remaining and going on to win the quarter by a single point.

“I wanted a free point on that serve, but it didn’t come, so I had to adapt, said an out-of-breath Popyrin. “

All was not lost for Lopez, as a fourth-quarter win would mean 2-2 and a sudden death play-off. And now it was the Spaniard playing inspired tennis, using the ‘Steal Serve’ to establish a four-point advantage. It was quickly developing into a UTS classic, Popyrin reeling off four points as momentum switched, another Lopez x3 winner levelling things.

But the Aussie would not be denied. His sights set on another victory, he took down his valiant opponent to notch a second UTS win.

It means that Popyrin now has two wins from his opening two matches, having beaten Elliot Benchetrit on Sunday, whilst Lopez is still well in the mix, having won his opening match against Lucas Pouille.

The Sniper drops a feather 🙌