Britain’s Dan Evans claimed a win in his second UTS3 match, coming from behind to beat Pablo Andujar of Spain in sudden death. 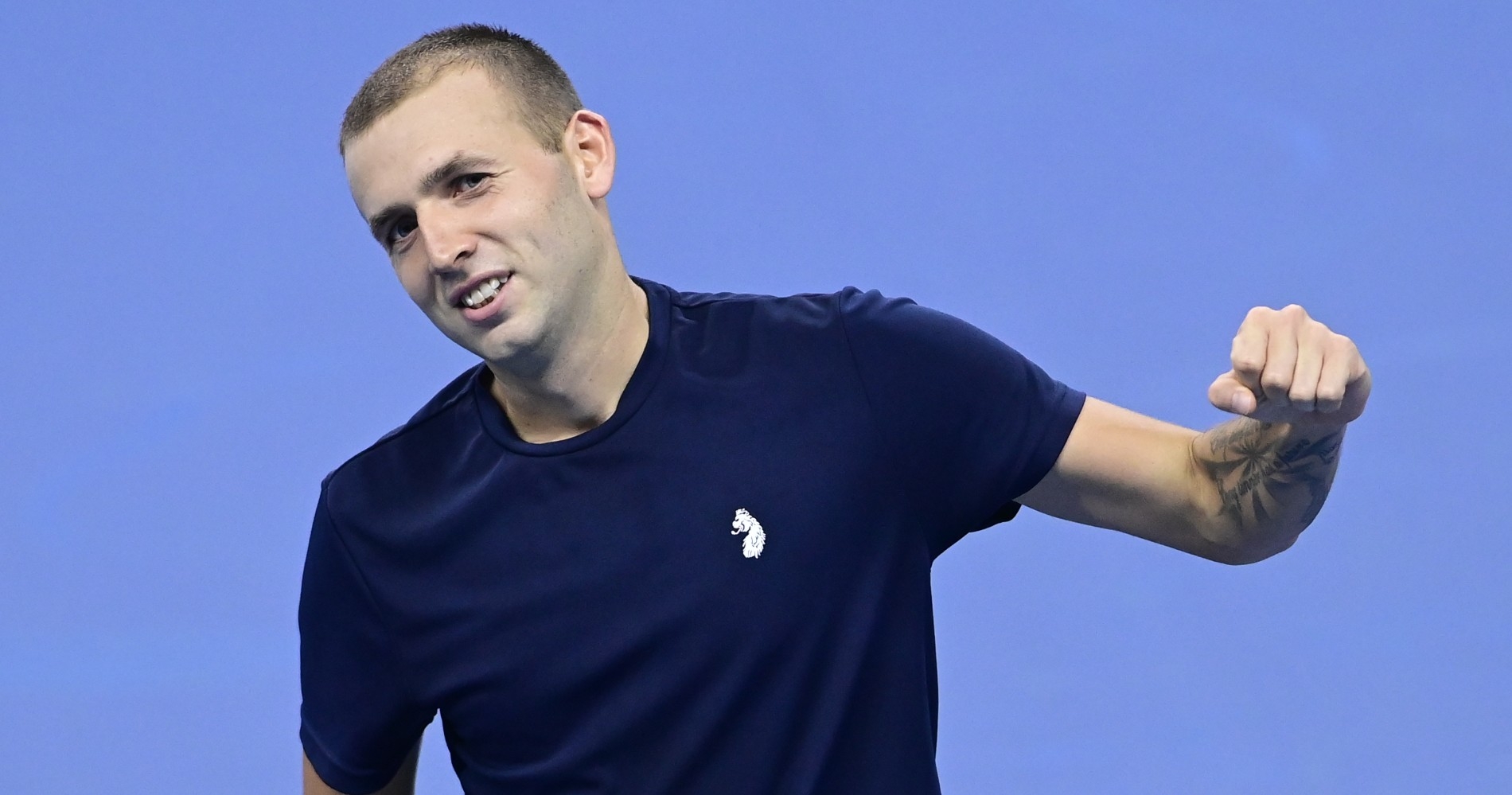 Wounded by his opening-match defeat, The Viper bit back to claim his first win of UTS3 on Friday, ending the evening in style as he pipped Pablo Andujar, The Survivor, in an entertaining encounter in Antwerp.

The Viper scores his first UTS win against Andujar.#UTShowdown pic.twitter.com/wt4Ja4clDy

“I think it was really good,” Evans said. “I liked the scoring format.”

Both men had been handily beaten by Alex de Minaur in their opening matches, neither winning a quarter, so each man had more than a little pride to play for.

World No 54 Andujar led 7-1 in the first quarter before Evans began to wake up, the Viper hitting back to level at 14-14 with the best point of the match, only to lose the final point as the Spaniard moved ahead.

Rally of the night? 🧐

Dan Evans forces the deciding point, but it’s The Survivor @AndujarPablo who ends up sneaking away with the first quarter.#UTShowdown pic.twitter.com/eLvLRBlzH6

“I started a bit slow,” Evans said. “Hopefully I can start this next quarter better and I’ll be OK”.

And the Viper was true to his word as he began the second quarter much more sharply, using his UTS cards smartly to open up a 10-4 lead and then a 14-4 lead with his next points count double counting twice. The Survivor fought hard to close the gap but Evans was too far ahead and he levelled the match, racing off court for a quick bathroom break.

At 34, Andujar has been on Tour for 17 years and explained to the commentators why he had chosen the nickname “The Survivor”.

“Well, I had five surgeries on my elbow and I was out for two years,” he said. “When I restarted in 2018, I had (no points) and so I had to survive. And I have three children, too!”

The third quarter was tight throughout. Evans led 8-6 when he had a coaching timeout, discussing tactics against the Andujar game but the Spaniard was persistent and with two and a half minutes to go it was 11-11, with each man still having one card to use. “Use your card now,” The Survivor’s coach Carlos Calderon said and Andujar used his next points counts double, only to miss both.

Evans was now in control at 13-11 and turned the screw with his own next point counts double card, winning the second one to go 15-12 with one minute to go. Andujar got to within one thanks to a couple of big groundstrokes. Evans thought he’d done enough with a big serve and forehand putaway but with two seconds to go, Andujar fired an ace to level and then pinched the quarter 17-16 with a backhand volley winner.

Evans said he was still enjoying his UTS experience.

“It’s good fun,” he said. “Exactly what just happened in the last quarter is what I’m sure this event is (about). The last few points were exciting.” 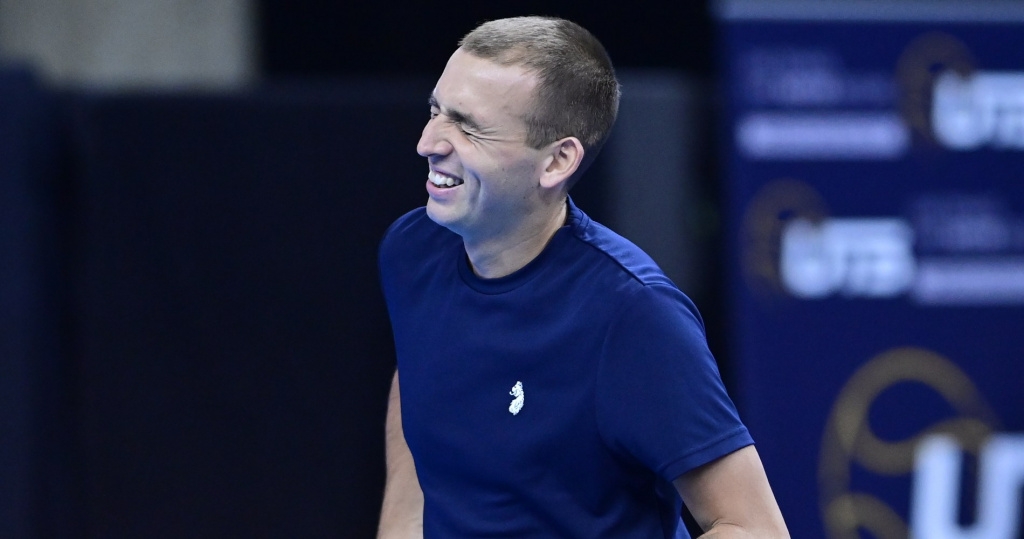 The Viper raced to a 7-3 lead in the fourth quarter but Andujar, who had held back his cards until late throughout the evening, used his next points count double card and levelled at 7-7. At 9-9, it was The Viper’s turn to use the next point counts double card but Andujar won the first one before a lovely Evans slice put him up 11-10.

At 12-11 down, Andujar was about to use his steal serve card but changed his mind, following a coaching timeout, only for Evans to to go up 14-11 with one minute remaining. Andujar won both points on his serve and then used the steal serve card, finding the sideline with a forehand to level at 14-14 but it was Evans who came up with a big forehand to pinch the quarter 15-14 and force sudden death.

“Let’s see, this is like a lottery right now,” Andujar said, while Evans said he was just going to try to “win the first point”.

Both men had match points in sudden death – where you need to win two points in a row to win it – but it was Evans who won it when Andujar netted a backhand pass. 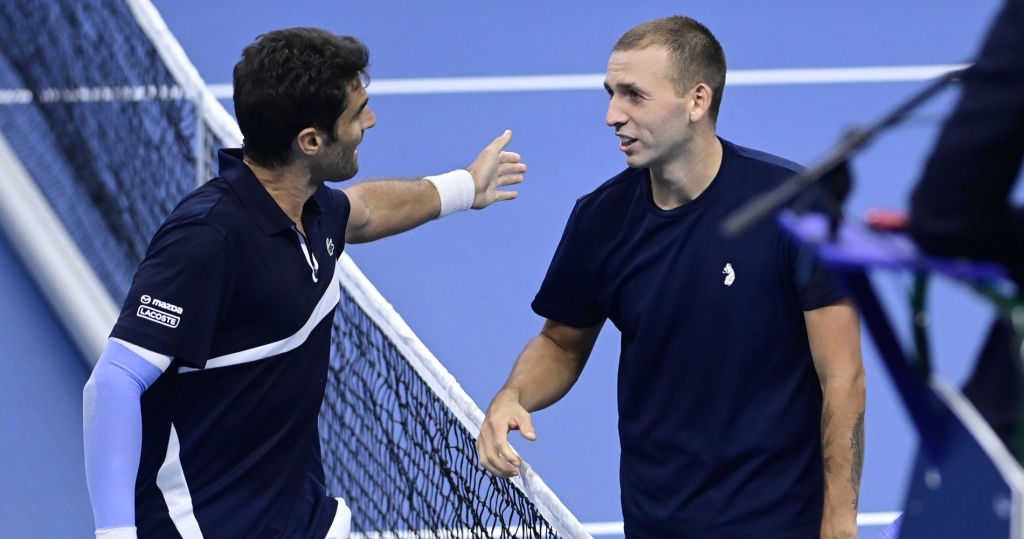 “I didn’t realise it was match point to someone every point. It’s obviously very good fun when it gets to sudden death. That’s probably my favourite part. It gives you something in the stomach, you don’t want to lose. It’s good prep for next week, the nerves.”