The Greek God Stefanos Tsitsipas continued his winning form in Ultimate Tennis Showdown but had to do it the hard way, becoming the first player to come from two quarters down to win against a gallant Feliciano Lopez. 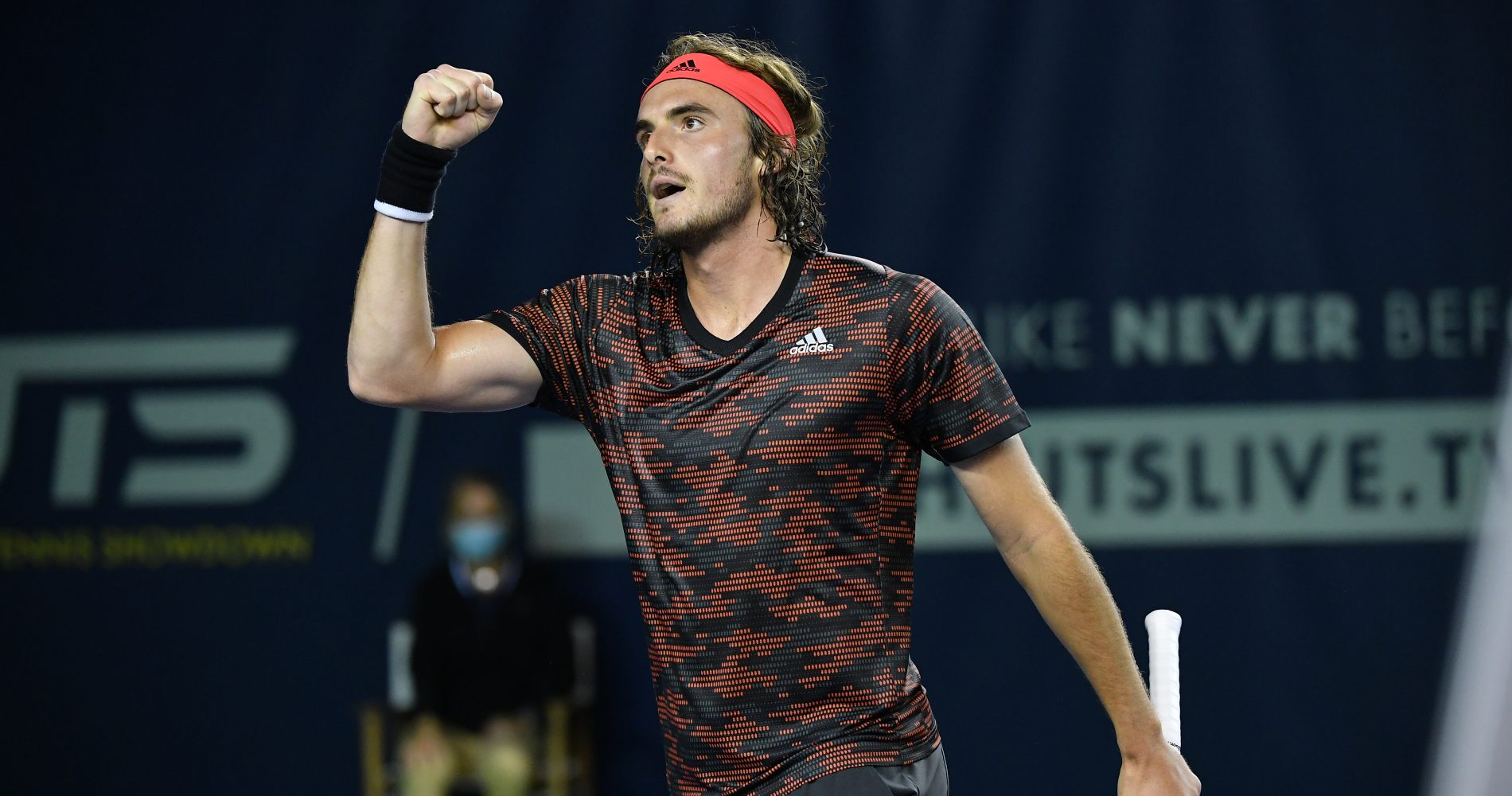 Victory for Stefanos Tsitsipas means that he now moves second in the standings with four wins from his five matches behind Matteo Berrettini on quarters won and lost.

First player to ever comeback from 0-2 down 🙌@StefTsitsipas defeats @feliciano_lopez in a sudden death.

Adding to the excitement of this new brand of speed tennis is the use of ‘UTS Cards’, each player choosing two from four pre-match to give them a specific advantage, if used correctly and at the right time.

Overwhelmingly the most popular cards to date have been Steal Serve and Winner x3 and it was no surprise when both players decided to employ the same. And it was The Greek God who was first to roll the dice, playing his Winners x3 card to maximum effect, an ace taking him 7-5 clear. A Steal Serve followed but it was The Torero who hung tough to level with a Winners x3 ace of his own to level the quarter at 9-9.

Players are also allowed four time outs during the course of the match, and a coach can also call for them. But Tsitsipas ignored his father’s appeal, which is also allowed, perhaps to his detriment as the Spaniard edged clear right at the end of the quarter to take it out 16-13.

“I had a great start, it’s true, even though I was down in the score when he was very smart picking the three point card and he did a good ace,” said Lopez at the first change. “I was very lucky that I did another ace afterwards to even the score. I played very aggressive and didn’t make any mistakes.”

All three previous matches on Day 4 had been surprising bagels but this seemed to be a tight affair on paper. Lopez played his Winners x3 to perfection with six points from two serves taking him 11-7 up and he didn’t relinquish his grip despite a late wobble, a final ace giving him the quarter 16-14.

“I was playing a little bit loose with a huge advantage in the score and then, you know, it was a one point difference in the end so I was very tight.”

There was still hope for Tsitsipas in this best of four quarter format, a sudden-death win still possible if he could take out the next two. There had not yet been a comeback from two quarters behind in UTS, but The Greek God was determined to become the first, flashing a wonderful passing shot from practically behind himself to stun his opponent.

It proved inspiration enough for Tsitsipas to raise his game and take the quarter on the deciding point 13-12 and, for the first time in the day, the match would be going the distance.

“It’s a waste of time being angry. Nobody wants to be angry. Just be happy, and enjoy life,” said Tsitsipas after squeaking the quarter. “I’m enjoying life a lot, especially playing the UTS right now. I get to work on my game, speak to you guys, have a lovely conversation during the match.”

As with the previous quarters, this would be another to go to the wire, Lopez getting to within a point of his opponent. But a forehand winner gained the Greek a Winners x3 to take the match into a deciding sudden-death. The first player to win two consecutive points would win the match, meaning every point after the first would be match point.

Winning the opening point is usually key, and when The Torero fired long, he was under pressure. A double fault followed and Tsitsipas became the first player to win from two quarters down.