Stefanos Tsitsipas and Corentin Moutet had a heated argument late in their dramatic match on Sunday at UTS. Afterwards the Greek God tells us why he wasn’t surprised about Moutet’s role in the flare-up. 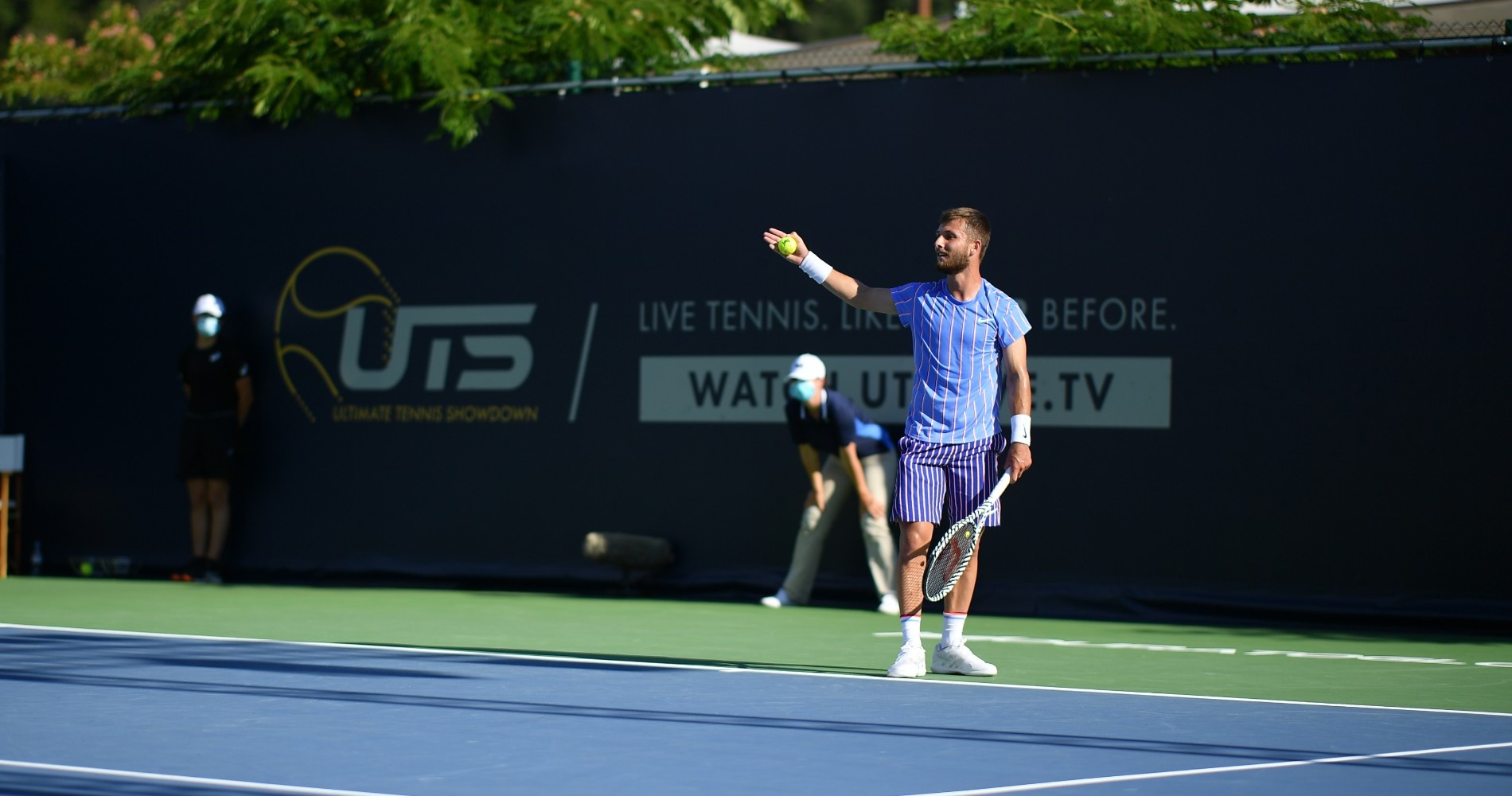 The fireworks and verbal sparring that marred the end of Stefanos Tsitsipas’ sudden death victory over Corentin Moutet on Day 8 was one of the enduring images of Sunday’s action at the Mouratoglou Tennis Academy.

Moutet, who was extremely frustrated as he watched a two quarters to love lead slip from his grasp, took issue with what he believed was a lack of fair play from Apostolos Tsitsipas, the father and coach of the Greek. In the second quarter of the match Moutet directed a snide remark at the coach after he had “encouraged” his son to select the UTS “Winners Count 3” card with the score tied 7-7.

“Excuse me? Who is choosing the cards, the player or the coach” he said, adding: “Do you want to play?”

Eventually things boiled over and Moutet barked at the coach again late in the fourth quarter, this time in a much angrier tone. That flare-up led to a heated on-court discussion between Moutet and Tsitsipas.

Well that escalated quickly 🤯@moutet99 takes aim at Apostolos Tsitsipas and things get heated in a hurry at #UTShowdown pic.twitter.com/L5RkRkoI6m

Between the end of the quarter and start of sudden death Moutet turned up the volume on his criticism of Apostolos, saying: “I don’t speak about Stefanos because he’s a good guy, but the father is stupid, everybody thinks he is stupid.”

None of what occurred was surprising, says the Greek. Tsitsipas told Tennis Majors in a post-match interview that he has seen other instances of bad behavior from Moutet over the years.

“With him it’s not really unusual,” said Tsitsipas after the meeting. “I’ve known him since he was eight years old, it has always been this way. Once we had a European junior championships final where he left the court in the middle of a match because of referee issues [Moutet was leading 7-6, 5-3, 30-0] so it was not unusual for me. It’s UTS, you have to enjoy. I feel like he’s making it way too dramatic for what it is but it’s his choice. He can do whatever he likes, but at the end he’s going to pay for it.”

Moutet said after the match that he had “nothing bad to say about Tsitsipas, who is impeccable on the court”. But the Frenchman’s comments on camera are the ones that will make headlines and be remembered. 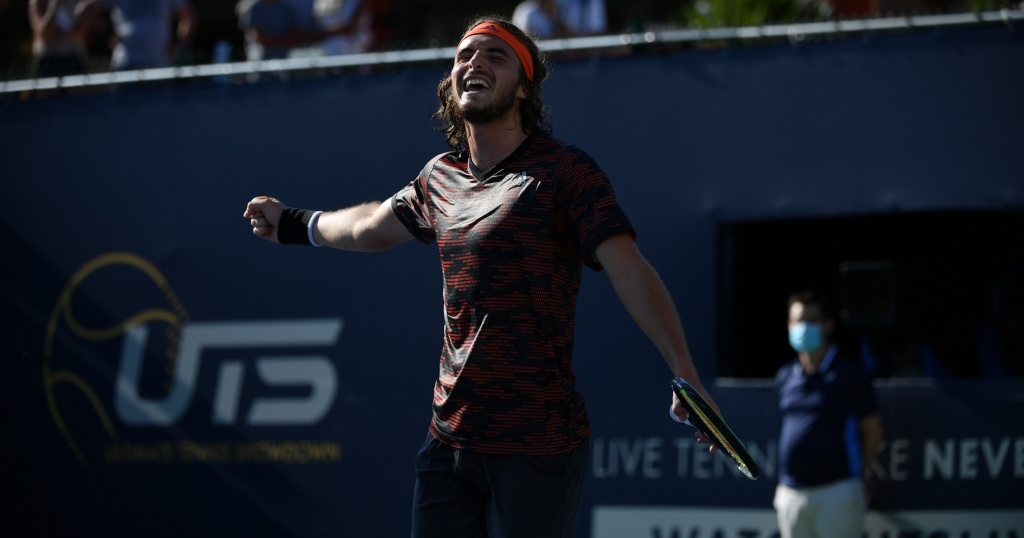 On his way to confirming his place in the UTS Final Four, Tsitsipas continued to prove that there is nobody better at winning matches in sudden death. The Greek has now won three matches from two quarters down and holds a remarkable 4-0 record in matches that have gone to sudden death.

“I played games on my phone that relied on sudden death, so I have been practicing since a young age on sudden death so I am a bit familiar with it,” The Greek God quipped after the match. It was hard to tell if he was joking or not, but he did elaborate further.

“I’m quite relaxed in sudden death,” Tsitsipas said. “I try to think of ways and patterns that can help me potentially win the points, things that I have been working on in my previous points, service points, because all you do is serve well once and return well just once. I’ve been dominant on this, I’ve been doing it very constructively and very correct, and that’s why I have been winning and I am happy with that because I have shown the right attitude when I have to.”