Australia’s Alex De Minaur dashed Richard Gasquet’s hopes as he won the UTS3 crown on his debut on Sunday night. 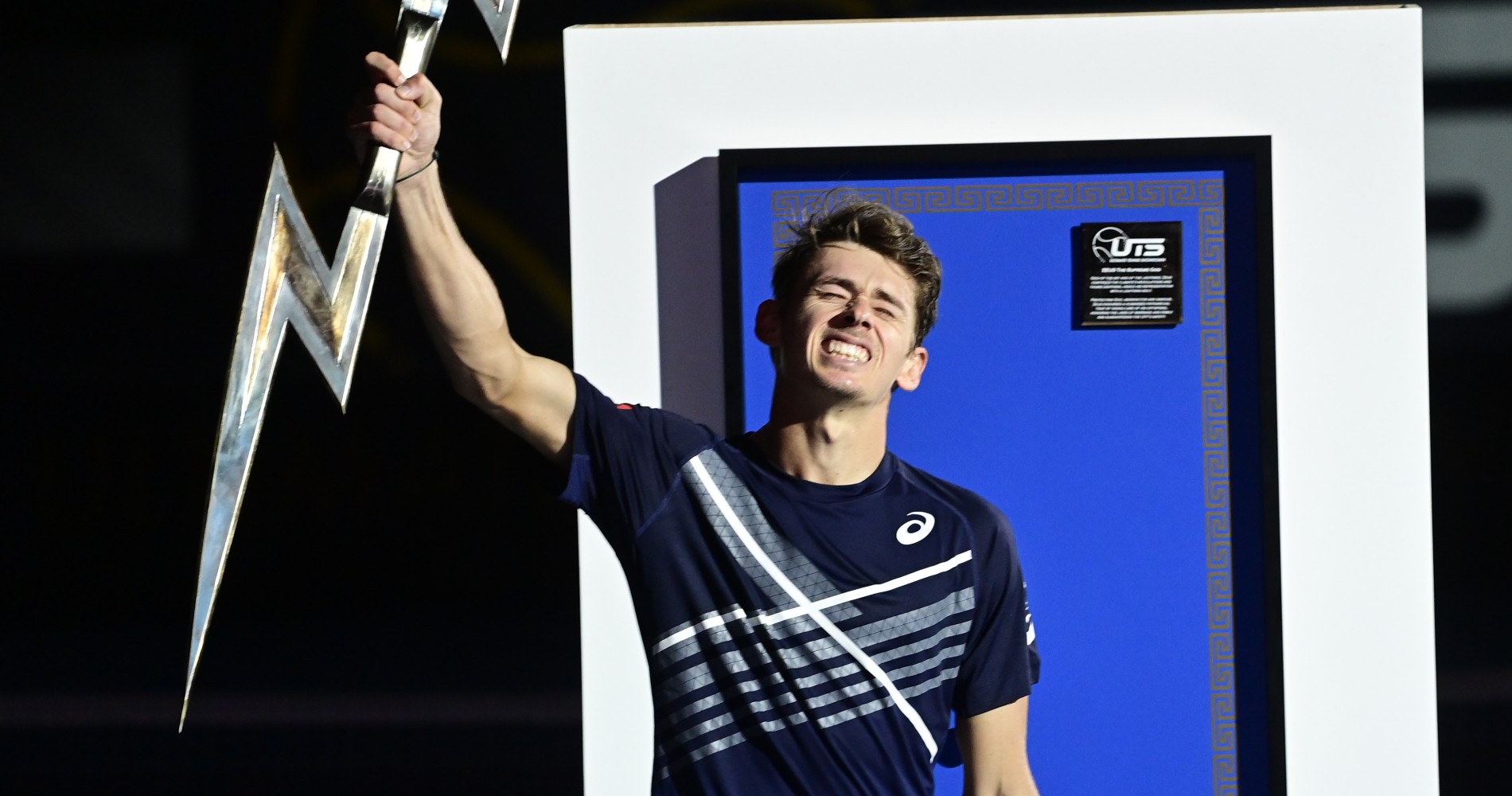 The Demon is the UTS3 champion after Alex de Minaur produced a flawless performance as he downed UTS veteran Richard Gasquet 3-1 to win the title on his debut in the competition.

“It’s been an interesting new format,” De Minaur said. “I had fun. Definitely helped me out a lot to get some on-court time and get used to this court for the following week. I’m very happy to be able to come out and play some good tennis.

“I’m hoping (the trophy) gives me super powers. I’m sure I’ll find somewhere in my house for it.”

The world No 29 marched through the first quarter, held off a battling The Virtuoso in the second and then eased through the third to clinch victory and ensure he will lift the Lightning Bolt, Zeus trophy.

De Minaur served brilliantly, moved phenomenally and came up with big shot when he needed them to clinch the title and deny Gasquet, who was beaten in the semi-finals of UTS1 and UTS2.

Gasquet had won a lung-busting match with Taylor Fritz on Saturday to make the final and the Frenchman looked a little heavy-legged in the opening quarter, missing first serves and finding De Minaur, as fast as anyone on the ATP Tour, too hot to handle. At 14-16 down, Gasquet tried the winner x 3 card but could not take advantage and everything De Minaur was touching turned to gold, finishing off the quarter with a drop shot winner off the return.

“It’s definitely a good start,” De Minaur said. “Got to give special kudos to my brother (Daniel) for great coaching tips. We played in the US Open (The Demon won in four sets) not too long ago, we kind of know how each other plays. I’m just happy I was able to execute in this first quarter.

Gasquet admitted he had started slowly.

“I felt really bad, I lost a little bit of confidence. I have to move better, hit stronger, serve better. If I don’t, I won’t win,” he said.

Would you have remembered to play on that net serve?@alexdeminaur takes an early lead against Gasquet.#UTShowdown pic.twitter.com/9Bk8HQhYeJ

De Minaur was so sharp he was even reacting to net cord serves with ease but Gasquet made him work much harder in the second quarter. The winner x 2 card was used well by Gasquet as he led 13-12. At 13-13, De Minaur used his card to make The Virtuoso win in three shots and though it was on the Gasquet serve, he still won one of them. With 20 seconds to go, the Aussie served on what turned out to be the final point and a forehand down the line sealed the second quarter.

“I kind of was running out of time and I kind of backed myself to run three balls down,” De Minaur said, of the decision to use the card on Gasquet’s serve. “The first one got away from me but it gave me a crucial point on my serve.”

Gasquet said he still had hope. 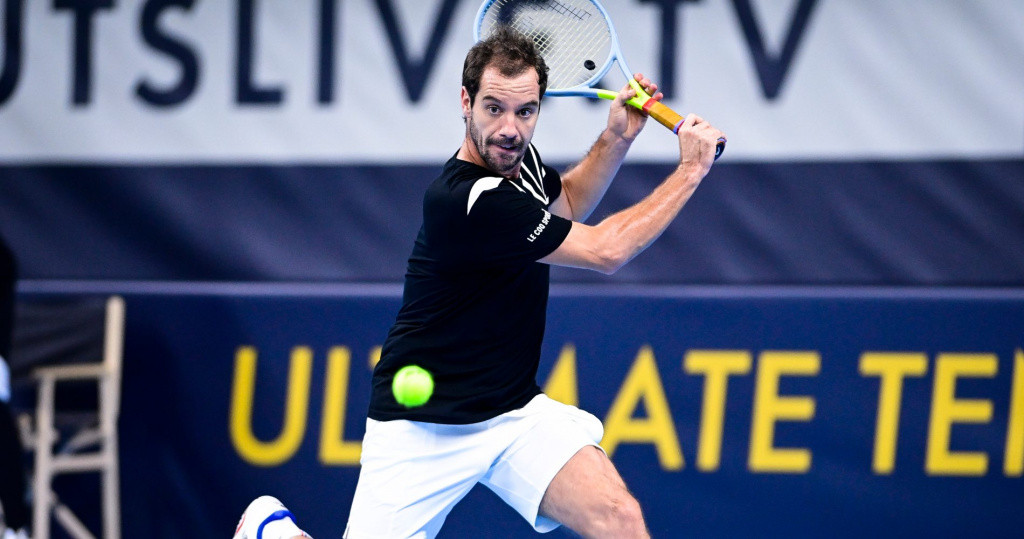 “I played better, I didn’t miss much, but he doesn’t miss, he plays very fast. I was very close to winning but he played better. I think I can still do it.”

The Virtuoso looked in big trouble when he trailed 5-1 in the third quarter but back to back points with his next point counts double UTS card pulled him level. De Minaur matched him though, and at 14-10, he was close to the finish line, only for his brother Daniel to call a coaching timeout. “Just keep doing what you’re doing, keep up your intensity,” he said.

The break didn’t seem to work for The Demon, though, as Gasquet suddenly started going for broke, The Virtuoso storming back to level at 14-14. De Minaur broke the run but The Virtuoso levelled again with a brilliant forehand pass on the run. An ace gave De Minaur match point at 16-15 but Gasquet saved it with a backhand volley winner and then won the final point to stay alive.

For the first time at #UTS3, the Demon has dropped a quarter.

“I think Richard played big in the important moments there and too good. I had a chance on my serve, probably didn’t make a serve when I wanted to,” he said.

But any hope Gasquet had of a comeback was ended when De Minaur made a blistering start to the final quarter. At 10-2, Gasquet tried his next point counts double card but though he reduced the deficit to 10-5, The Demon pulled out his winner x 3 card and won one of them to extend his lead. Another brilliant backhand found the line and then a slapped forehand return left The Virtuoso for dead.

With one minute to go and a 10-point deficit, Gasquet knew he was done and The Demon finished off in style, thundering another backhand winner.

“He was just better than me to be honest,” Gasquet said. “He doesn’t miss, he’s serving well. I did a lot of effort in the third but in the fourth I couldn’t. He was too strong today. He plays top 10 (tennis). I know he’s not top 10 but he will be soon.”