Home » News » UTS: A format that forces players out of their comfort zone

UTS: A format that forces players out of their comfort zone

The fast format of the Ultimate Tennis Showdown, where each card can flip a match, gives big servers an advantage and helps the attacking players. And some, such as Stefanos Tsitsipas, Dominic Thiem or Matteo Berrettini, are forced to adapt their game to reach their full potential. 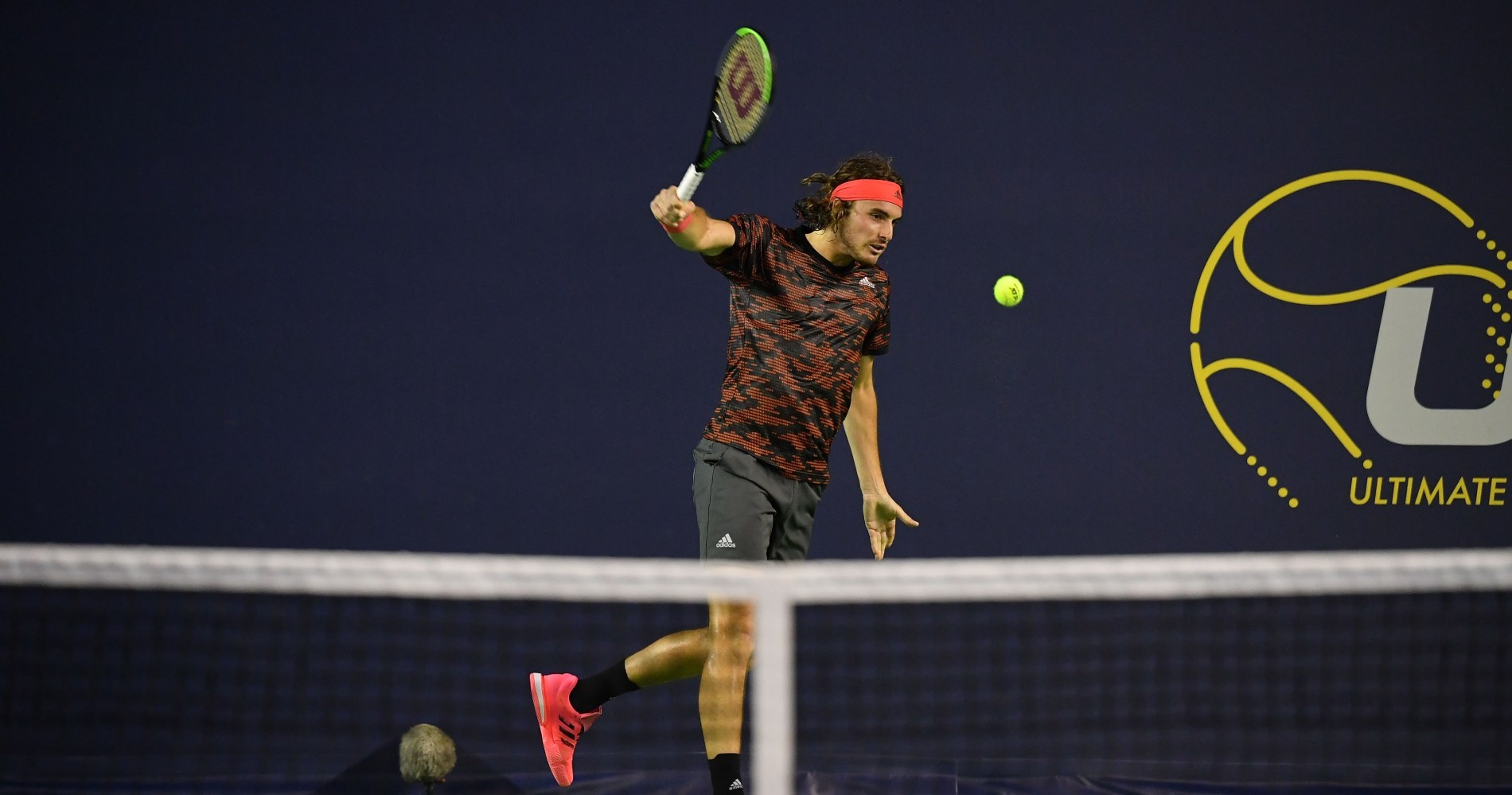 At each coaching timeout during the Ultimate Tennis Showdown, Stefanos Tsitsipas‘ father and coach, Apostolos, repeats the same thing. “Be more aggressive, get to the net, get a good first serve out!” The world No 8’s coach and father constantly pushes his son to be more offensive. The format of the UTS pushes players to look at their style of play. With fast matches of four 10-minute quarters and with just 15 seconds between points, the advantage is with the attackers.

Several times, Tsitsipas has shown more willingness to go to the net than he might in “normal” matches, to win points; for example, during Sunday’s clash against world No 3 Dominic Thiem, a defeat that knocked him off top spot in the UTS rankings. In the first quarter, his surges to the net, followed by a clinical volley – after a powerful first serve – summed up much of the evolution of the Greek’s game. On the ATP Tour, Tsitsipas serves and volleys only 5 percent of the time; the UTS format forces him to take more risks.

“You don’t have much time to think during the matches, because they go so fast,” said “The Greek God”. “All you have to do is focus on your serve and return, to quickly widen the gap.”

The contrast is even more striking for Dominic Thiem, who serves and volleys less than 2 percent of the time in regular events. And yet, that’s how he picked up three points after using the UTS card, “Winner x 3”.

It’s the same for Matteo Berrettini. The Italian has not hesitated to put together a heavy first serve and charge to the net. The world No 8 adopted this tactic a number of times last Saturday against Feliciano Lopez. After several missed passing shots, Berrettini went to the volley to try to squeeze the life out of “El Torero”. “The Hammer”, too sloppy and rushing to finish the points, did not win a single quarter against the Spaniard (he lost 4-0), the world No 56. That’s probably not a coincidence as the Italian is not used to being so offensive. He only uses the serve-volley 0.8 percent of the time on the regular Tour.

David Goffin : “This format doesn’t help me at all!”

On the fast courts of the Mouratoglou Tennis Academy, the more defensive players are at a disadvantage. David Goffin, the most of all. The world No 10, very tough and physical – like his nickname, “The Wall” – is not made for the UTS format. “This format doesn’t help me at all!”, explained the Belgian. “I can’t use my physical strength at all, by extending the rallies. At no point do I feel I have any margin. I’m afraid I’m being tricked. It’s the concept that does it.”

After a catastrophic first weekend with two defeats, Goffin recovered last weekend. He also adapted his game to the particular demands of the UTS. He picked up his first victory against Alexei Popyrin and then a second, against Feliciano Lopez in sudden death, mainly thanks to his backhand down the line, one of the best weapons in the tournament. The Belgian also changed his use of cards during the tournament, utilising the “Steal Serve” and the “-1 Serve”.

“The worst is the “Winner x 3 card,” he said, in reference to the card, which can be used once per quarter, and which can turn a match. “The big servers can use it much more easily than me because my serve is not as good. With a few well-used bonus points by the opponent, the quarter can quickly slip away.” 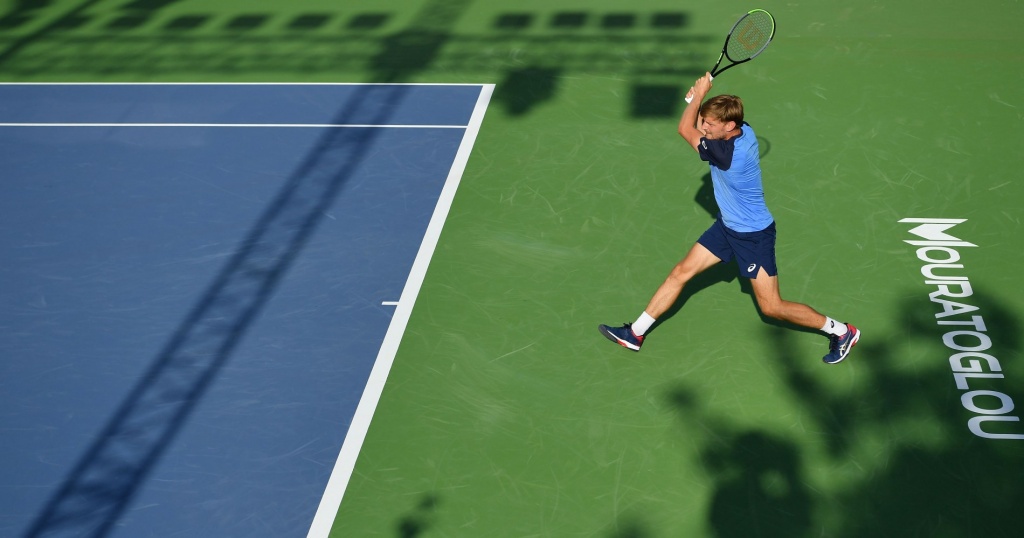 Dustin Brown, still looking for his first win after four matches in the UTS, agrees that: “against a big server who uses this card, you’re really worried! You’re afraid of being aced.” But the German also believes that when a player uses this particular card, they “tend to force things, to go to the net, and then, to make a mistake. But either way, it forces us to play the point all the way through.”

“The Artist” is not the most disadvantaged by the UTS format, though. This is the man who likes to go to to the net the most; it’s his trademark. “I play the same way I have always played,” the world No 239 said. “Up to now, it’s not paid off.”

Proof that the format doesn’t completely upset the balance of power. But it does force everyone out of their comfort zone, which may well come in handy, well beyond the UTS.