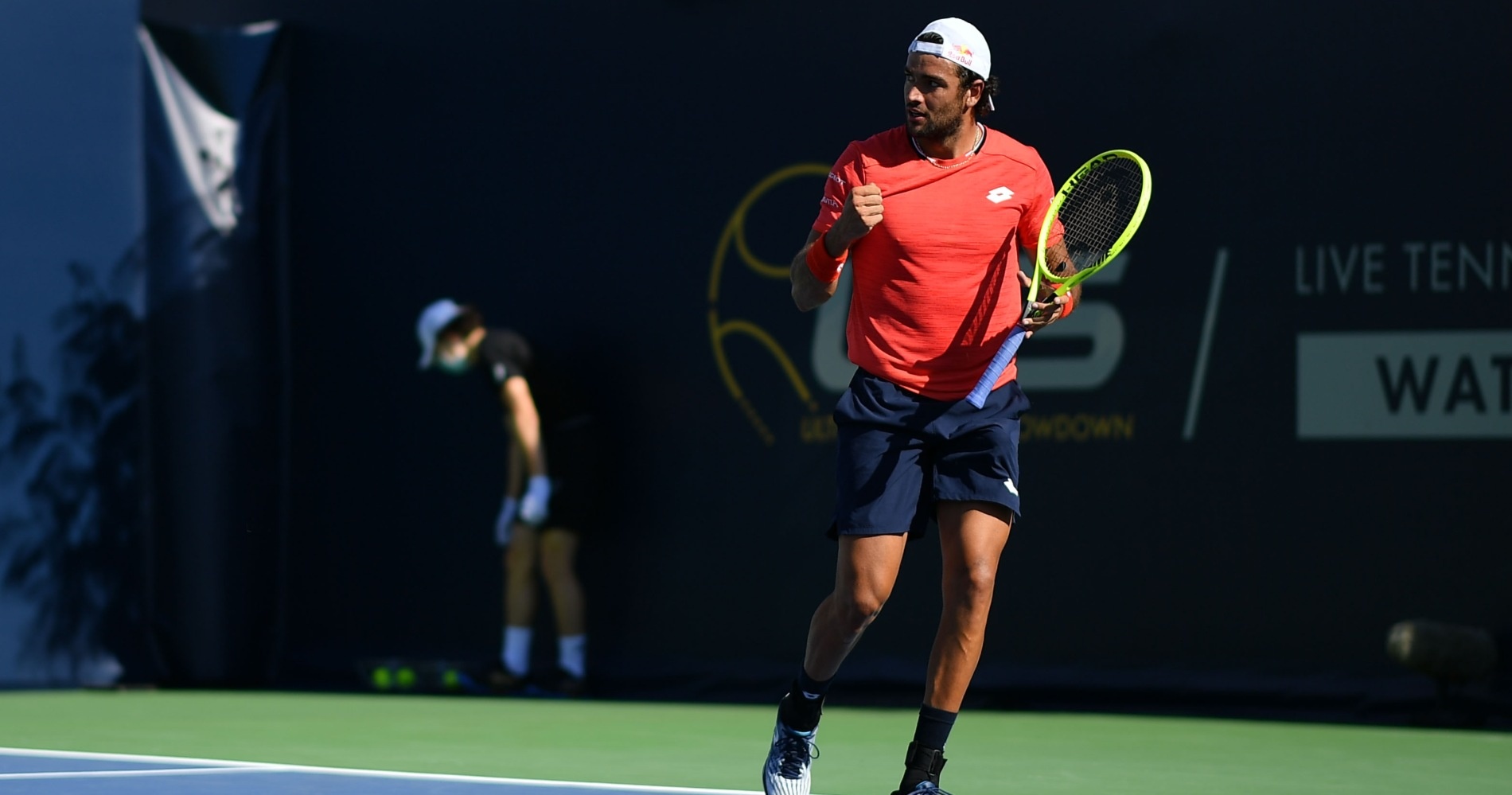 The leader after UTS Day 5

Such solid tennis from Matteo Berrettini

The Italian is in cruise mode at the Mouratoglou Academy. The world No 8, who had some rest on the French Riviera over the week, looked all the better for it as he clinched a second 4-0 victory, this time over Richard Gasquet, having hammered Benoit Paire in similar fashion last weekend. The victory was something of a statement and Berrettini moves to the top of the rankings.

The Italian won 13-12, 21-11, 12-11, 16-14, giving him 14/6 quarter difference and a +59 point difference. His only loss came to Feliciano Lopez last weekend, in a match in which Berrettini was not himself after the second quarter, when Lopez played by the rules and let the clock ran out on purpose to win the second quarter, a move that left Berrettini angry for the rest of the match. His win over Gasquet puts him top above Stefanos Tsitsipas on quarters won.

Only one candidate for this: Stefanos Tsitsipas coming from two quarters down, and saving a match point, to beat Feliciano Lopez in sudden death. Lopez played his UTS cards beautifully in the first two quarters, serving big and taking his winner x 3 opportunities. He had a chance to finish it in three but Tsitsipas held firm and slowly, brutally, reeled him in. By the end, Lopez was running on empty and a double fault in sudden-death gave the Greek God victory, making him the first man in the competition to come from two quarters down to win a match.

In terms of ranking, it has to be the 4-0 victory by Alexei Popyrin over Benoit Paire, the world No 22. On paper, Paire might have been favourite but a little pain in his shoulder didn’t help, and nor did the performance of Popyrin, the Australian banging down bullets on serve and more than matching the Frenchman from the baseline. In truth, this one wasn’t even close.

The UTS Day 5 point of the day

The battle of artists did not disappoint

This point also deserves the point of the tournament award for now. Drop shot, counter drop shot, lob trick shot, backhand air volley, this rally features some unbelievable shots one after the other. Get set and enjoy!

Point of the weekend… or point of the MONTH? 🤔@moutet99 and @DreddyTennis putting on a show. #UTShowdown pic.twitter.com/kb2KugWiEh

Anyone want to remind Benoît Paire he has only one serve when facing the “-1 serve card”? On Saturday, the Frenchman missed his only serve on five occasions out of six in the first three quarters when Popyrin used the card against him. The Frenchman doesn’t know what safety means and goes for broke. His opponents know it. Last week, during his landslide victory over the Frenchman, Matteo Berrettini admitted he had selected this card especially because of Paire. Considering how handsome the dividends were, expect Corentin Moutet to adapt his card selection and go for the “-1 serve” UTS card on Sunday.

“I think I’m the most negative guy on Tour” – Dominic Thiem referring to the fact that he’s been tested for Covid-19 more times than anyone recently, having played at the ill-fated Adria Tour, where Novak Djokovic, among others, tested positive for the virus.

"I think I'm the most negative guy on tour" @ThiemDomi#UTShowdown pic.twitter.com/DkuHZ31NO0 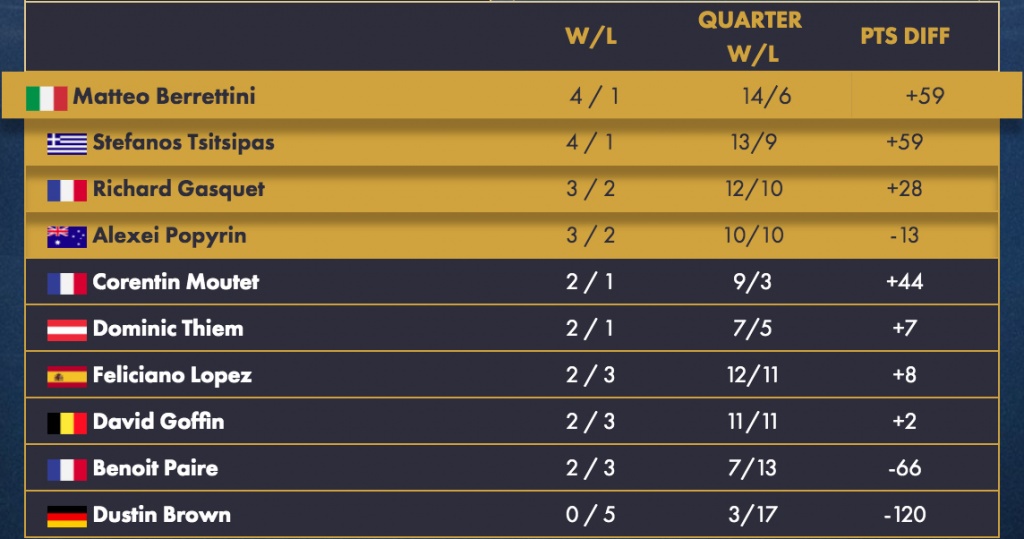 UTS is back on Sunday