UTS is ready to deliver for its last weekend

The last weekend of the second edition of the Ultimate Tennis Showdown is upon us and it’s ready to deliver. On Saturday, it’s a pure dream of a schedule that awaits with seven matches to be played: five for the men, two for the women. 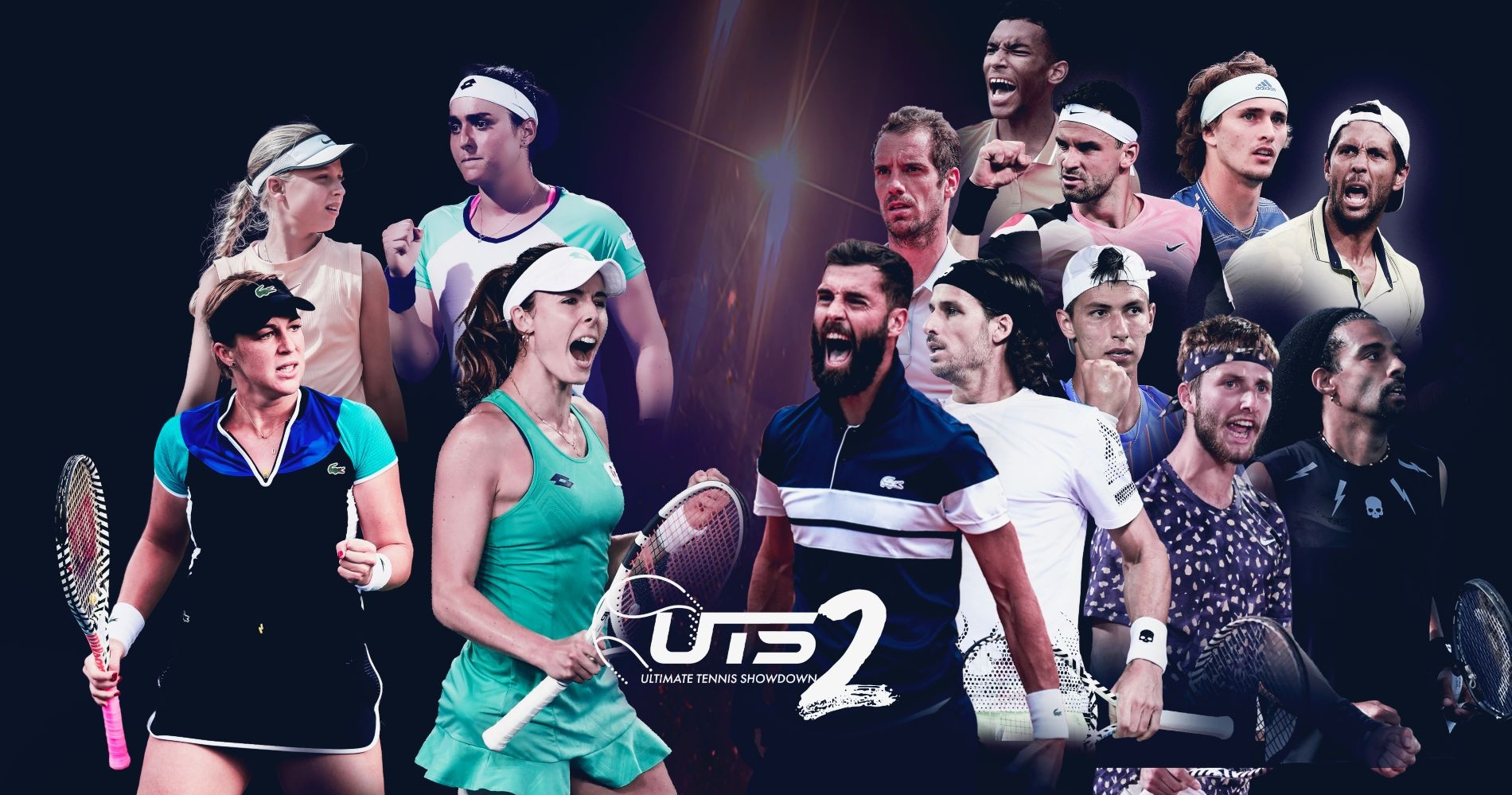 The last weekend of the second edition of the Ultimate Tennis Showdown is upon us and it’s ready to deliver. On Saturday, it’s a pure dream of a schedule that awaits with seven matches to be played: five for the men, two for the women. The competition will also welcome a newcomer: Nicolas Mahut. The Frenchman, who takes Alexei Popyrin’s spot without any chance to qualify for Sunday’s Final 4, will have the tough task of challenging Grigor Dimitrov, ranked 19th in the world. But for now the Bulgarian has lost his first two matches of the UTS last weekend, and he’s already eliminated.

Order of the play for the men on Saturday:

Only the first player of each group will advance to the Final 4. Everything is still up for grabs in Group B, where Benoît Paire, Fernando Verdasco, Corentin Moutet, and Dustin Brown have still a chance to qualify as they’ve all won one match. Paire and Moutet are on for an all-French battle. “The Rebel”, who  “is here to win the UTS” et looks more focused than ever on the court, will for sure have to master his nerves against “The Tornado” as Moutet, who is trying hard “to keep his cool on the court”, showed temper and fighting spirit by winning both of his last matches through sudden death.

A kind of final in Group A

Fernando Verdasco has a shot to play in Group B. For his first time at the UTS, the Spaniard leads Group B for now, thanks to a better ratio of quarters won. He’s facing Dustin Brown, who finished second before last of the UTS1.

In group A, Richard Gasquet and Feliciano Lopez will play a kind of group final in order to decide who will clinch a Fine 4 spot. The Frenchman, semi-finalist of the first edition and beaten by the future winner Matteo Berrettini, is trying to deny again a spot in the Final 4 to Lopez, who ended at the fifth spot of UTS1.

Alexander Zverev (7th) and Auger-Aliassime (20th), both newcomers here, have a playing date in the night session, at 8.30pm, for the last match of the day for the men draw. They’re already qualified for the Final 4, but the winner will have the right to pick his Sunday opponent among the two players having finished at the first spot of each group. Three matches will then remain: the semi-finals and the final.

Cornet – Fruhvirtova and Pavlyuchenkova – Jabeur, for the women Final 4

For the first time, a women draw is set at the UTS, and four players will battle for the title this weekend.

Order of play for the women on Saturday:

17 years: here are the number years separating Alizé Cornet, ranked 59th in the world, from Brenda Fruhirtova. “The Volcano” faces “The Prodigy” on Saturday for a battle of generations.

The other match will oppose Ons Jabeur (39th) to Anastasia Pavlyuchenkova (30th), who used to be coached by Patrick Mouratoglou. The final will be played on Sunday.