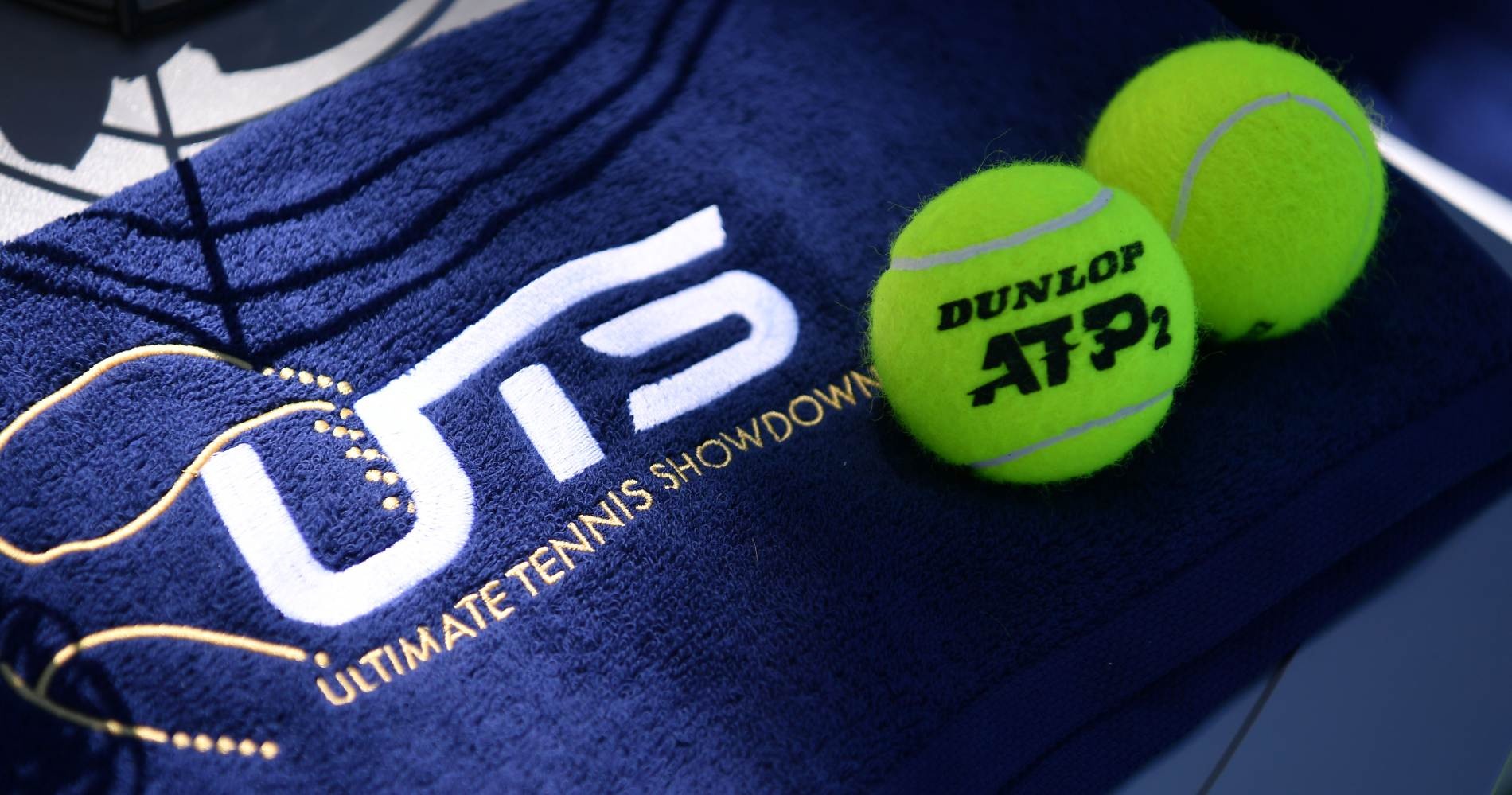 Here are the results of the Ultimate Tennis Showdown

Richard Gasquet and Stefanos Tstitspas are the two winners of the UTS Day 1 night session, respectively over David Goffin and Benoît Paire. The action continues tomorrow with an exciting schedule :

Here is the ranking after the UTS day 1 (Win/Sets/Points Average):

15-10: Some surrealistic scenes here from Benoit Paire. The Frenchman keeps on arguing with the empire. It does not bother Tsitsipas who goes on to win this match with some clean winners.

8-8 – Paire attracts Tsitsipas at the net with a drop shot, and then passes him with a stunning backhand passing shot.

6-6 – Tsitsipas is taking a point penalty for time infringement. He then manages to come back to deuce and smashes a ball to the Paire side.

3-2 TSITSIPAS – The Frenchman strikes two winners. This man is unpredictable.

3-0 TSITSIPAS – Paire makes three unforced errors in a row. he is very angry against him.

14-13 PAIRE – Stunning point from Benoît Paire! Then he lets the times pass on and takes the quarter! What a turnaround!

9-9 – Down 7-9, Paire uses his “Steal serve”UTS card and comes back to deuce with two good serves.

6-6 – Paire somehow finds his rhythm and comes back to 6-6 with a backhand winner and an ace.

3-1 TSITSIPAS – Paire nicely comes to the net but misses his volley. He shouts and smashes a ball out of the court.

2-1 TSITSIPAS – Benoit Paire is using “Winner counts 3” UTS card and goes for the ace. But Tsitsipas produces an outstanding return winner. There is nothing to do against the “Greek God” Tsitsipas tonight.

22-6 TSITSIPAS – Tsitsipas wins the second quarter, another time with a big margin. There is only one player on the court.

19-4 TSITSIPAS – Tsitsipas is not disturbed and keeps building on his lead. The Greek is impressive. He plays with a lot of variety and consistency.

12-4 TSITSIPAS – Paire has lost his (short) momentum. After losing a point, Paire smashes a ball out of the court. On the next points, he throws his racquet.

6-4 TSITSIPAS – Paire loses 4 points in a row and his coach asks for a time out.

2-2: Benoit Paire is overrun by the Greek and screams angrily.

The Greek God @StefTsitsipas is showing no mercy ⚡️

24-4 TSITSIPAS: This first quarter was a carnage. The Frenchman has two minutes to resettle now.

18-4 TSITSIPAS – Stefanos “The Greek God” Tsitsipas is just too good in this first quarter.

13-3 TSITSIPAS – Twice, Paire is going for the trick shot. Twice, it proves inefficient.

11-3 TSITSIPAS – What a couple of backhand winners down the line from the Greek. He goes on with an ace.

7-2 TSITSIPAS – Magnificent drop shot from Benoit Paire. That might give confidence to the Frenchman.

Match 4: Richard Gasquet “The Virtuoso” vs David Goffin “The Wall”

Gasquet smashes a superb cross-court passing shot after a good net approach from Goffin. On the match point, Gasquet defends and Goffin sends a forehand in the net. The Frenchman prevails!

UTS debut is a success for @richardgasquet1 after a thriller that ended in the sudden-death against @David__Goffin 😱 pic.twitter.com/X3Mne0bBEJ

14-8 GOFFIN – The Belgian keeps his momentum. He forces Gasquet into some unforced errors.

9-7 GOFFIN – The Frenchman responds by playing his “Winners count 3” UTS cards. On the first point, the Belgian shows why he is nicknamed the wall, producing a brilliant counter-attack. But on the second, Gasquet manages to produce a backhand winner: he is back to 9-7.

4-2 GOFFIN – Majestic drop shot from the Belgian. He is not a mere wall.

11-11 – Gasquet is back to deuce! The Frenchman is stronger in two long rallies.

6-4 GASQUET – Goffin serves 4 times in a row and takes advantage of it. He notably produced a superb forehand passing shot down the line. “Beautiful”, says Gasquet.

2-0 GASQUET – A couple of brilliant backhands from Gasquet

13-11 GOFFIN – Gasquet fights against the clock to try to come back. But at 12-11 his forehand goes wide of the left sideline.

8-8 – Gasqued uses his “Winners count 3”, looks for the ace but loses both points.

6-6 – During a time out, Goffin’s coach urges him to serve and volley more. But the Belgian does not follow this advice for the next two points.

2-1 GOFFIN – Goffin has the lead but Richard Gasquet produces an absolute screamer with his forehand.

Did The Virtuoso find a hole in The Wall ⁉️@richardgasquet1 takes an early 1-0 lead. #UTShowdown pic.twitter.com/kkAhB6AMgj

13-11 GASQUET – Gasquet imposes the rhythm with his backhand takes the lead. He goes for his “Steal serve” card and secures the first quarter.

7-7 – Down 3-7, Goffin uses his “Winners counts 3” and produce a magical serve and volley. What a clever play! He makes the same on the second point and is close to making it again but Gasquet manages to touch the ball and prevent the winner.

4-2 GASQUET – Strong start from the Frenchman.

Welcome to Tennis Majors where you can follow Sunday’s night session Ultimate Tennis Showdown live. After Saturday’s matches had been postponed, it will be the inaugural day of this brand new competition.

Here are the matches on tap for this session:

Tomorrow’s #UTShowdown order of play is out.

To experience UTS intensity and enjoy the show as if you were at the Mouratoglou Academy, you are at the right place!