The UTS Final 4? Simply the best! 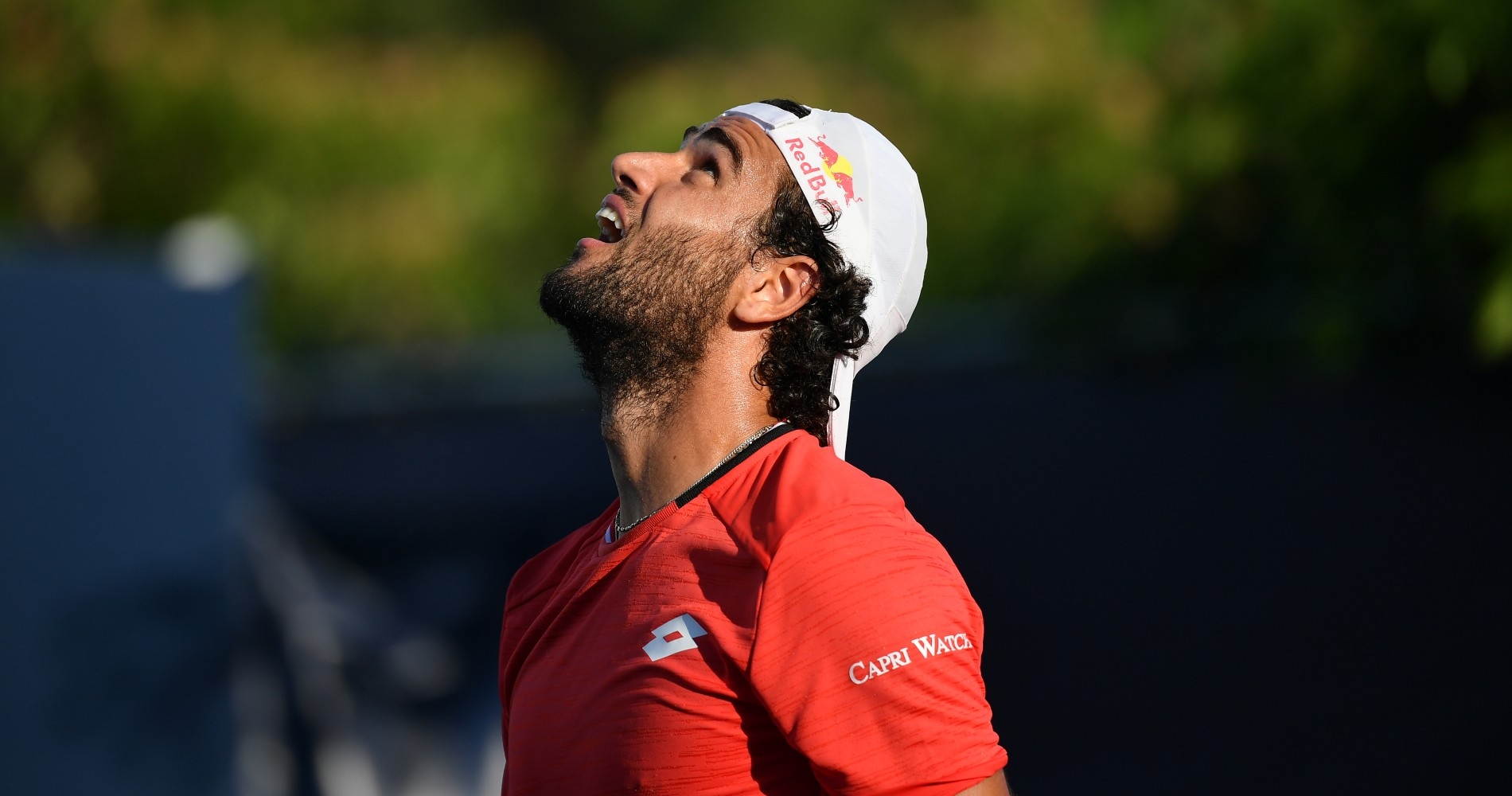 The leader after UTS Day 8

A few hours after becoming the first player to grab his semi-final spot thanks to a stunning comeback victory over Matteo Berrettini, the Greek God did not rest on his laurels. He went on to grab his 7th UTS win in the same way against Corentin Moutet and almost secured the first spot of the ranking for good. Tsitsipas will have to win his last round-robin match versus David Goffin to make sure he’ll finish at the top.

When down two quarters to love at #UTShowdown:

The semifinalists after UTS Day 8

The final four is set

That is the main news after Day 8: the field is set for Ultimate Tennis Showdown Final 4. On Sunday, Richard Gasquet, Matteo Berrettini and David Goffin secured their tickets for the semifinals, joining Stefanos Tsitsipas, who qualified on Saturday night. It remains to be known in which order they will qualify. But Elliot Benchetrit and Feliciano Lopez, ranked 5th and 6th, can’t come back on them during Day 9. On Sunday, Berrettini won over Popyrin 3-1, Gasquet prevailed over Lopez, ending his semifinals hopes, and Goffin defeated Paire.

The Greek God has made it again. Stefanos Tsitsipas is the only player who has been able to come back from a two-quarter deficit. And astonishingly, the World No 6 has done it for a third time on Sunday again David Goffin, less than 20 hours after having achieved a similar feat against Berrettini. In the first two quarters, we thought it would be a very tough day at the office for Tsitsipas against an in-fire Moutet. But The Greek God somehow found a way, playing heavier balls and higher balls to bother the Frenchman, who started to get frustrated when out of his comfort zone. In sudden death, a relaxed Tsitsipas prevailed over a somehow tensed Moutet. But what a show these two brought to the court overall on Sunday! 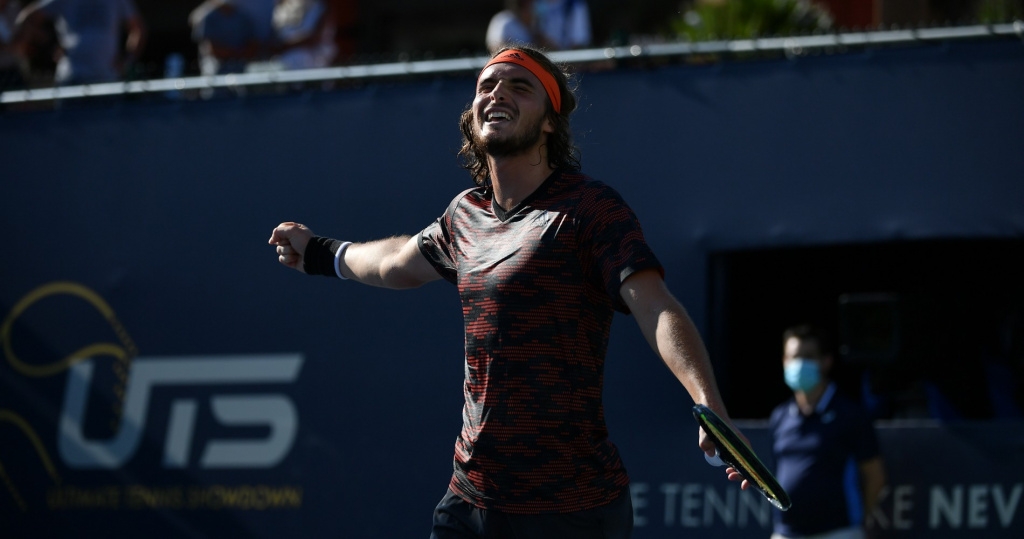 Elliot Benchetrit is more than an alternate and more than an Underdog. The Frenchman, who replaces Dominic Thiem, is ranked 5th in the UTS ranking after Day 8. Before Goffin’s win over Paire, he was still on course to make the Final Four at Ultimate Showdown. On Sunday, the World No 208 grabbed his second victory of the weekend. After prevailing over Paire on Saturday in sudden death, “The Underdog” went on to defeat Dustin Brown in style, three quarters to one.

Incredible but true – with one match remaining, @elbenchetrit is still in contention for the #UTShowdown semis! pic.twitter.com/GKVn9zTo8Q

The UTS Day 8 point of the day

Unreal shot from The Artist

The Artist living up to his nickname, with an absolutely stunning behind the back lob. The German then goes on to win the point with a clean smash.

Do you remind about the Wawrinka-Mirka gate in the 2014 ATP Finals semifinals, when the Swiss player blamed Federer’s wife for cheering for him right before he was to serve? We relived the same kind of drama at the end of the fourth quarter of the match between Corentin Moutet and Stefanos Tsitsipas. The Frenchman started protesting against Apostolos Tsitsipas, co-coach of his son, and arguing with the umpire. “It is not allowed to speak when I serve”, he said. The world No 75 even asked Stefanos to do something. At the changeover, he snitched on to the commentators: “This guy is stupid. He is pissing me off.”

“I destroyed the Wall”

After seizing the first quarter against his good friend David Goffin, Benoit Paire joked with the commentators about the Belgian’s nickname. “I destroyed the Wall”, he boasted. “Yeah he played well“, responded Goffin. Though, Paire got defeated by the World No 10 three quarters to one, despite offering a huge resistance.