If day one of UTS3 was all about one of the newest stars on Tour, Alex de Minaur, “The Demon”, then day two was all about Richard Gasquet, “The Virtuoso”, one of the most experienced men on the circuit. 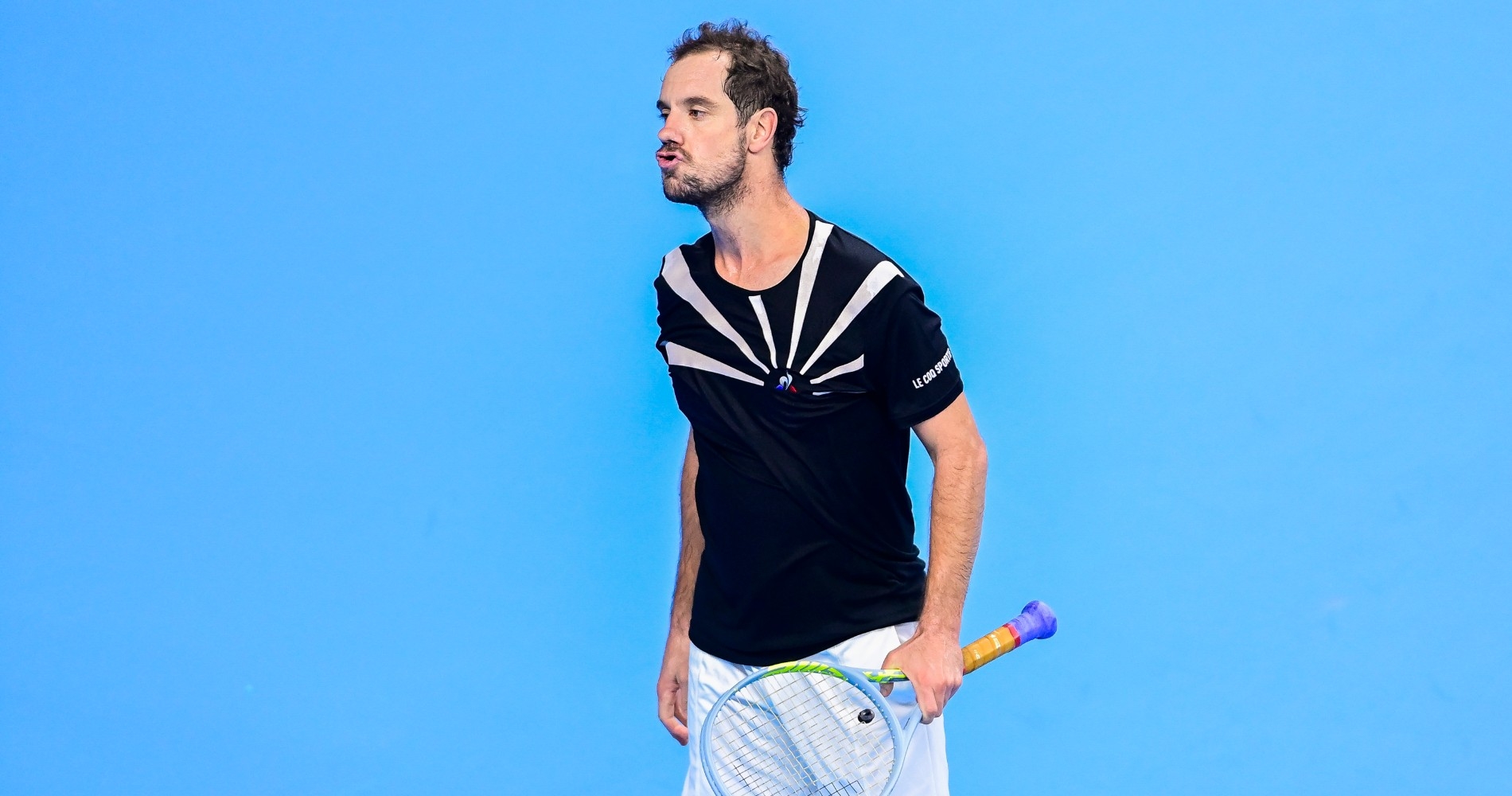 With a 7-1 head to head record against Lopez, and having beaten him in both UTS1 and UTS2, Gasquet went into the match with plenty of confidence and it was The Virtuoso who was pulling the strings right from the start. Feliciano Lopez, by contrast, looked jaded after a long trip to Antwerp from Russia, via Spain, and El Torero’s weapons, especially his big serve, were misfiring. After a tight first quarter, Gasquet began to turn the screw, using his UTS cards to perfection, picking up where he left off in UTS1 and UTS2, when he made the semi-finals. Lopez raised himself again in the final quarter but Gasquet was too good and completed a 15-14, 19-11, 17-10, 16-14 whitewash.

The 34-year-old Gasquet showed he’s still a superb athlete as he went back to back against a fresh Fritz, the highest-ranked player in the group at No 28. Taylor Fritz played the better tennis early on, and actually won most of the points, but Gasquet made his experience pay, using his UTS cards to perfection, especially the winner x 3 card and the next point counts double. At two quarters to love, he looked home and dry but Fritz, using his massive serve to great effect, hit back brilliantly and as Gasquet tired, the match went to sudden death. Fritz had the momentum but Gasquet saved a match point to win it with a stunning forehand, his 18-15, 17-14, 12-21, 10-20, 2-1 victory sending him through to a UTS final at last.

Pride was at stake for both men and the match hinged on a tight first quarter, which looked to be heading to a sudden-death point until Lopez missed a sitter of a high volley that left him wondering what had gone wrong. From that point on, it was all Fritz as the American pulled out a range of outrageous shots. His serve was a persistent weapon, the aces raining down on Lopez, who played far better than in his opening match but still went home empty-handed. Fritz was good value for his 17-15, 16-14, 18-13, 17-10 victory and he enjoyed it so much he is likely to be back again in the future.