The second season of UTS will begin next month. UTS4 will feature a stacked field of talent, and for the first time ever it will be held on clay. 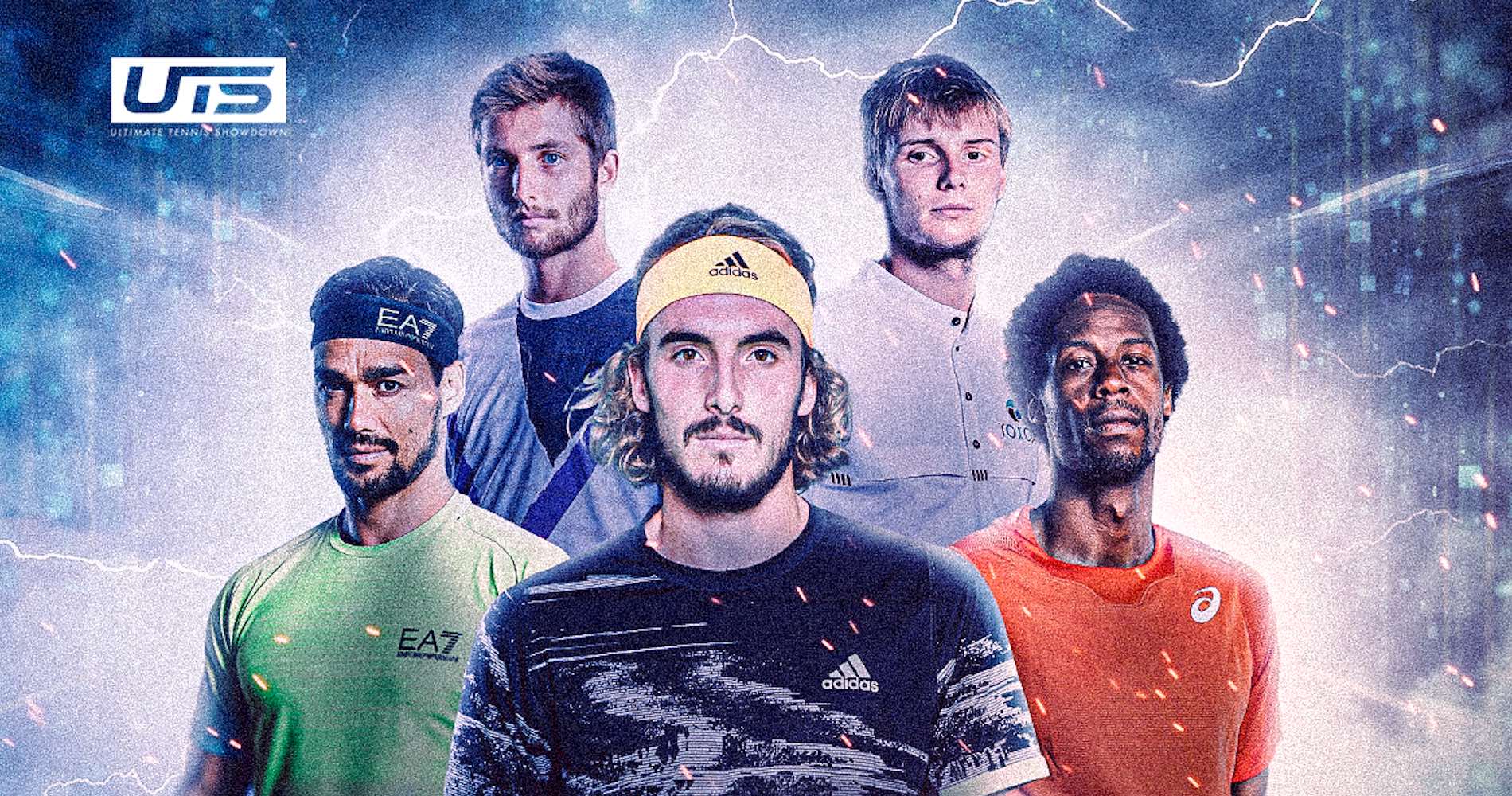 The fourth edition of UTS, which will take place from April 5 to 7, at the Mouratoglou Academy, will feature at least three top 20 players, who will round out an elite group of eight showstopping talents who will battle at the fourth Ultimate Tennis Showdown in April.

Stefanos Tsitsipas, Gaël Monfils and Fabio Fognini, who are all in the Top 20 of the ATP ranking, have notably confirmed their presence, as well as Alexander Bublik and Corentin Moutet.

Three other players will join the competition in the coming weeks.

Here’s a look at those who have signed up already:

Finalist of the first edition of the UTS, Tsitsipas will be back in the competition and eager to come away with the trophy. At UTS1, Tsitsipas was the god of sudden death, but he finally had his wings clipped by Matteo Berretini in the first ever UTS final.

Tsitsipas is a three-time Grand Slam semi-finalist and the current world No 5.

The Frenchman is one of the most entertaining showmen in the sport today. Monfils will make his UTS debut on home soil, and he’ll be sure to light up the event with his jaw-dropping talents. The Frenchman, now 34, is a former world No 6 who currently stands at 12 in the ATP rankings.

One of the more mysterious talents on the ATP Tour, Italy’s Fabio Fognini also happens to be one of the most mind-blowing talents, particularly on his beloved red clay. Fognini, a former world No 9, became the oldest player in ATP history to break into the ATP’s top 10 for the first time.

One of the most unique characters on tour, Kazakhstan’s Alexander Bublik isn’t just an unpredictable talent that can alternate between 135 MPH aces and underarm serves. He’s also a rising talent in the sport, who has already reached an ATP final in 2021 and currently sits one spot off his career-high ranking at 44 in the world.

If there ever was a perfect UTS nickname, France’s Corentin Moutet. The southpaw introduced himself to the competition last year and left his mark by producing otherworldly shotmaking and mixing it up with the established players. Who can ever forget his lengthy argument with Stefanos Tsitsipas’ father Apostolos, and the confrontation that ensued with Stefanos, the two yelling at each other from across the net?

It was one of the multitude of insane moments produced at UTS last season. Not only was their great drama, brilliant shotmaking and crazy personalities. There was also the most unique trophy ceremony in all of tennis. If you weren’t watching, you missed out!

“2020 showed us that the revolutionary project was worth pursuing. We’ve attracted a new, younger audience, created incredible memories and experienced a wide variety of emotions from excitement, to stress, suspense, and laughter. Coming back even stronger with a second season of UTS was a no-brainer for 2021. We have a lot of surprises in store for the fans and we can’t wait to have them on board and to continue this tennis saga.” – Patrick Mouratoglou