Home » Vidéos » Eye of the Coach #45: How Nadal affected every part of Daniil Medvedev’s game

Eye of the Coach #45: How Nadal affected every part of Daniil Medvedev’s game

In the latest episode of “The Eye of the Coach”, Patrick Mouratoglou explains how Rafael Nadal was able to rally back from two sets down against Daniil Medvedv to claim his 21st major title on Sunday night in Melbourne. 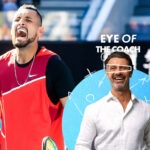 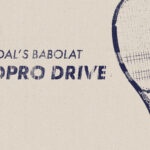 Rafael Nadal is a 21-time Grand Slam major champion, and in the latest episode of Eye of the Coach, Patrick Mouratoglou breaks down Nadal’s incredible comeback and gives reasons why the Spaniard was able to outfox and outwork Daniil Medvedev in Sunday night’s Australian Open final.

“This final was the summary of Rafael Nadal’s career,” says Mouratoglou. “I think everybody saw him losing this match, after being down two sets to love, 3-2, 0-40, you couldn’t really see how he could win it.”

Mouratoglou says that Nadal’s No.1 quality – “resilience and love for the fight” – eventually made the difference for the legendary Spaniard. Nadal improves to 21-8 in Grand Slam finals and is the first male player to ever win 21 major titles – he now stands alone atop the all-time Grand Slam men’s singles titles list for the first time.

Mouratoglou says that Nadal never stopped believing, and adds that the Spaniard adapted brilliantly over the course of the match.

“He started to use the slice a lot,” Mouratoglou said. “To bring Medvedev to the net. That was a turning point for me, a key – to bring Medvedev in a situation in which he was uncomfortable and to make him miss easy shots.”

Mouratoglou finally points out that Nadal was able to perform at 100 percent physically, which affected the outcome dramatically.

“What surprised me a lot in that final, was Nadal’s physical shape,” he said. “Rafa knew it before the match, because if he thought that he was very short physically, he would have been much more aggressive. In five sets he went to the net 50 times, it’s not a lot. Because Rafa knew he was not going to be tired, he accepted to play long rallies, and he made Daniil doubt a lot when he was close to the net, and it affected all of Daniil’s game.”

Key moments of ‘The Eye of the Coach’ with Patrick Mouratoglou