In the third episode of Match Points, our experts debated the solidarity between the top and low-ranked players and agreed that top players should give a lot more money to help those most affected by the Coronavirus pandemic. 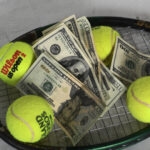 Should the top players help financially the ones beneath them? – Match Points #3
Next 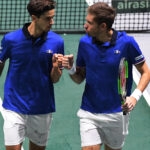 Our panel for the 3rd episode of Match Points consists of former Wimbledon champion and world No 7 Marion Bartoli, ATP world No 225 Noah Rubin (founder of Behind the Racquet) and American journalist Ben Rothenberg. The guests joined Cohen to give their take on controversial remarks made in the last week by Dominic Thiem.

They discussed the issue of financial support from the top-ranked players to those who earn much less from tennis and who are more strongly impacted by the shutdown of the circuit due to the coronavirus pandemic.

The Big 3 notably launched a fund-raising plan to fund lower-ranked players during the suspension of the tours, which did not work that well as they themselves were going to contribut relatively little. But some top 10 players, like Dominic Thiem and Matteo Berrettini, have publicly broken the solidarity between top players and lower-ranked players, prompting many strong responses. Inès Ibbou notably answered Dominic Thiem in a moving video.

Are top players doing enough for fellow players who are suffering heavily from the pandemic? Ben Rothenberg, who writes for the New York Times, believes they are not. In his opinion, the best players’ donations are very small compared to their earnings:

“Djokovic’s plan was: ‘I will donate $30,000’. But he has made (more than) 100 (million) in his career,” Rothenberg said. “It is about half what he would have made for losing first round Australian Open. Instead, he won the Australian Open and won like $3 million for that. He only wants to give $30,000. That’s pretty meagre for the top players. This donation system should be more top-heavy.”

“Where would the cut off be for those giving and those receiving?“, Josh Cohen asks Marion Bartoli. In the news recently, the top 100 has been widely considered to be the right limit. The Frenchwoman set it much more restrictively. For her, it would be better if the top 10 players in the world were the ones helping others.

Probably the top 10 for the women would be enough, Bartoli said. When you are ranked from 11 to 20, I would not say you are struggling, don’t get me wrong, but you are definitely not making that much money, especially if you don’t get very special endorsements. When I see someone winning the US Open and taking $4 million, as Ben said… I won Wimbledon and I did not take $4 million. I believe I took enough money out of it. Right now, the numbers are way too high for the people who are winning and they just don’t share the money enough.

World No 225 Noah Rubin set an even higher cut-off.

If you take the top 3 players in both the men and women’s game, you are talking probably over a billion dollars net worth combined,” he pointed out. We can get half the money right there. You get half from them, half from the rest. If we are really talking about taking money from the players, this is an easy solution, as something that could not hinder them.

If you are looking for an easy way out, and you don’t want to involve players, you are talking about maybe 5 to 6 players: 3 in the men, 3 in the women, that do have a combined net worth of probably about 2 billion dollar. If you want to even out very quickly, you have it right there,” concluded Rubin.

“I guess it’s a good time, to be 4 in the world, not number 3”, Cohen added mischievously.