Novak Djokovic has suggested the time might have come to move away from best-of-five for Grand Slams – the Match Points panel have their say. 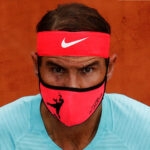 Rankings: “We can’t have players not showing up at events!” – Match Points excerpt
Next 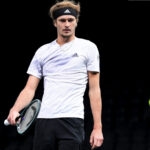 Zverev: “The ATP has held investigations for much less” – Match Points excerpt
The figures

As Novak Djokovic suggested that the time might have come for men’s Grand Slams to move to best-of-three, the Match Points panel gave their own views.

In the latest episode of the exclusive Tennis Majors talk show, former Wimbledon champion Marion Bartoli told host Josh Cohen that she would prefer other things about the sport to be changed first. She said that there are plenty of tweaks that could be made to make tennis a more attractive spectacle for fans without cutting the length of matches.

“Maybe the evolution is to go for the first week as best of three – you can shorten the time on court, get some more matches going on, and then by the end of the tournament you get back to five sets,” she said.

Journalist Ben Rothenberg – a long-time advocate for best-of-three – pointed out that tennis compared unfavourably with other sports in terms of the time it demands of viewers.

“At the 2016 Rio Olympics, the men’s singles tennis final lasted around four hours,” he said, referring back to the clash between Andy Murray and Juan Martin del Potro. “It was one of the longest Olympic medal events there was across all sports. It was 50 kilometre race walking that was longer – things in that sort of category.