Home » Vidéos » Rankings: “We can’t have players not showing up at events!” – Match Points excerpt

Rankings: “We can’t have players not showing up at events!” – Match Points excerpt

The way that the ATP and WTA rankings have been calculated this year is far from ideal, say the Match Points panellists – who give their own solutions. 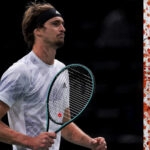 The Zverev case, the rankings issue & the 5-set debate – Match Points #20
Next 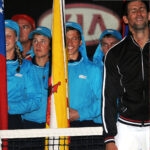 The way that the ATP and WTA have decided rankings this year is far from ideal – but there is no perfect solution.

That’s according to the Match Points panellists – former Wimbledon champion Marion Bartoli, reporter Ben Rothenberg, and ATP player Noah Rubin, who talked through all the potential options with presenter Josh Cohen in the latest episode of the exclusive Tennis Majors talk show.

The solution from Bartoli for a fairer situation in the rankings

With players able to enter the same tournament in two consecutive years and keep their points from their best result rather than their most recent result, Bartoli suggested that it could be made fairer.

“A better solution would have been if a player is able to compete in the same tournament, then you should withdraw the points from the year before and count the points of this year,” she said. “That would have been a fair situation to everyone. If you can go and compete, then you can defend your points. If you can’t go because of travel restrictions or you feel it is too scary for you to go and play, then you keep your points from the year before.”

The examples of Nadal & Svitolina

Rothenberg pointed out that some players had effectively done that, with Rafael Nadal skipping the US Open where he could have defended his title, and Elina Svitolina missing out on defending her semi-final points at Flushing Meadows from 2019.

“Then players don’t want to play tournaments. You’re having players not show up at events. We can’t have that.”