In episode #38 of Match Points, our panel ponders the sudden retirement of Ash Barty and the ATP’s unwillingness to properly punish bad behaviour on court 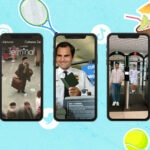 “Djokovicgate”: See the creativity on social networks
Next 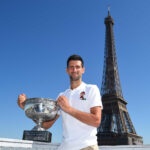 The sudden retirement of Ash Barty at the age of 25 surprised the entire tennis world. The Aussie star, a three-time major champion, is just the second player to ever retire at No 1, after Justine Henin, and when she broke the news ahead of the Miami Open, many were not quite ready to believe it.

In Match Points #38, former Wimbledon champion Marion Bartoli and journalists Carole Bouchard and Simon Cambers get to grips with and discuss the implications of Barty’s announcement, as well as the shortcomings of the ATP’s decision to let Alexander Zverev continue to play on a probationary suspension after his violent actions on court in Acapulco. 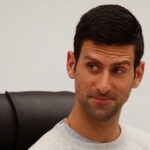 The panel combs over the issues with host Josh Cohen, wondering how much Barty will be missed in the coming years on tour. The discussion then move to the next No 1, Iga Swiatek, and whether or not the Pole will be able to create stability at the top of the rankings.

Next the discussion moves to the ATP, the tour’s reluctance to punish the bad behaviour of a number of its stars. As the public frustration with abusive behaviour towards officials and ball kids grows, why isn’t the tour itself taking a stand and setting an example? 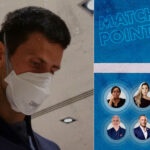 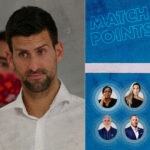 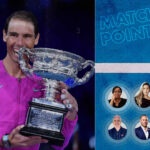