Fear the forehand of Andrey Rublev – Eye of the Coach #28

In this latest episode of The Eye of the Coach, Patrick Mouratoglou talks about the qualities that have made Andrey Rublev one of the world’s best players. 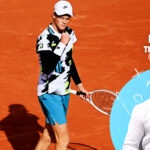 The top players fear Sinner – Eye of the Coach #27
Next 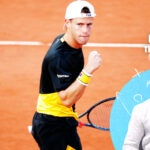 Andrey Rublev boasts an incredible 30-6 match record for his 2020 campaign, with three titles and now two Grand Slam quarter-final appearances. He has followed up his run to the last eight at the US Open with the same feat at Roland-Garros after defeating Marton Fucsovics in the fourth round.

Patrick Mouratoglou is not surprised at all. He tipped Rublev to have great success at this French Open and expects the 22-year-old to only get better and better.

“ESPN asked me to tell them the name of a guy, an unexpected one, who could go far at Roland-Garros, and I gave his name — even though he starts to be expected now,” Mouratoglou commented.

The coach is a big fan of Rublev’s all-around game, but it is the forehand that makes this player especially impressive. His serve is solid but unspectacular and his backhand is consistent. His forehand, though, can leave opponents befuddled — wondering how shots could possibly whizz by them so fast.

“The things that stands out when speak about Rublev is the violence of his shots — how hard he hits the ball, especially with the forehand,” Mouratoglou added. “The acceleration of the racket head that he has with the forehand is really amazing…. His forehand inside-out is incredible, because it’s so precise. He goes inside-out one times, two times, three times, four times, five times in a row sometimes. And he can work there so close to the lines, so many times without missing, with a lot of violence. So he is very difficult to deal with now.”

Success did not come right away for Rublev. Until last October, he had never broken into the top 30. A lot of that had to do with injuries, which reduced him to a ranking outside of the top 100 as as recently as March of 2019 — just 19 months ago. The Russian also had plenty of things to work on his own game, and that is exactly what he has done.

“I think he had two weakness in the past,” Moratoglou explained. “The first one was his movement, and the second one was the fact that he was hitting the ball very hard but he was missing too much — and his backhand was a bit weak compared to his forehand. I think now his backhand his very solid; he barely misses with the backhand. His movement is much better than before.

“He has built a very solid game. We know that he is practising in Spain and he has probably hit one million balls now.”

The hard work is paying off. It has been great news for Rublev and bad news for everyone else on tour. Up to No 12 in the world, he will try to keep his meteoric rise going when he faces Stefanos Tsitsipas on Wednesday in a rematch of the recent Hamburg final — won by Rublev in three thrilling sets.